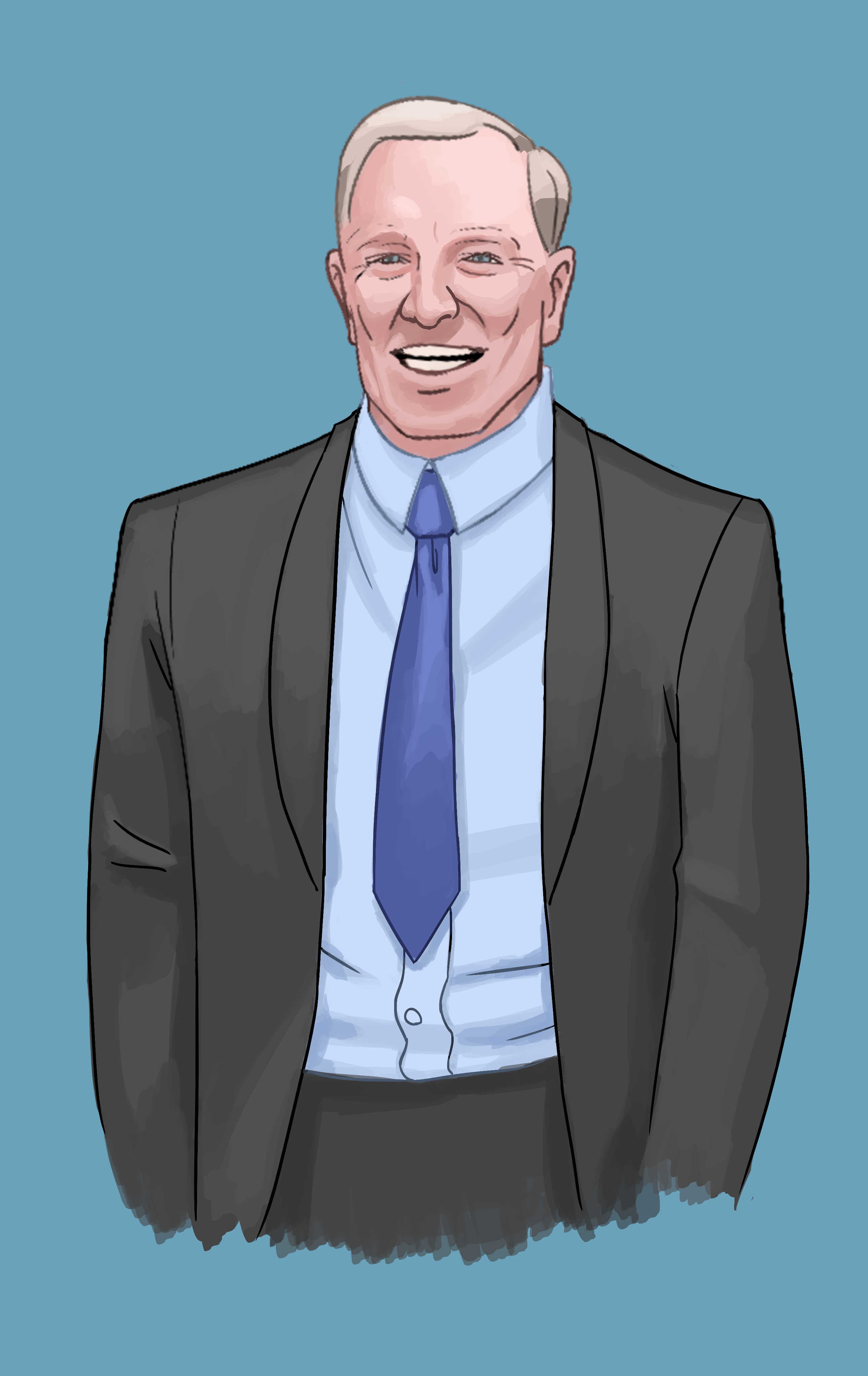 The UCSD Guardian sat down with Republican U.S. Senate candidate George “Duf” Sundheim and got his view and plans for college affordability, immigration reform and Citizens United. Sundheim is vying for Barbara Boxer’s soon-to-be vacated US Senate.

G: We would like to focus on pertinent to student so let’s get right into it. How do you feel about student loans, such as the Perkins Loans?

DUF: College affordability is one of the two major issues facing students today. The other is whether the current system is preparing students for 21st century jobs. But in respect to affordability, we are way too dependent on loans. Loans are particularly harmful to middle class. One of the main issues is we are increasingly finding ways to provide scholarships for people in low [incomes] and people with high [incomes] are able to pay but people in the middle are getting squeezed. We need to provide loans where necessary but we have to focus on affordability. In a society, where we’ve had incredible disruptive technology, the education system has too much in common with the education system of 300 years ago. Whether it’s college affordability or other issues, we need to make room for innovation. We need to drastically upgrade and update our systems. The answer isn’t better loan programs the answer is more affordable colleges.

G: What would you do to make college more affordable?

DUF: I’m deeply concerned about what we are doing to people your age is we keep coming up with great programs that leave you paying $20 trillion in debt. I think we need to fundamentally address the way we provide education. What is the quality and cost? Should be looking at online classes? What is the role of four-year education? Especially in California, people aren’t getting a college degree in four years, they are taking five or six. Looking at the number who start and the number who graduate, the percentage that have to drop out because of economic reasons is way too high and people are dropping out. Why not have more classes online and have more accountability? Looking at the UC system, the pension and retirement system for professors and staff is not sustainable. It’s not just one problem and one thing will solve it, we need to look at [the education system] in a fresh light.

G: Would you try to encourage cut back on the bureaucratic side of large universities?

DUF: Administrative cost continues to rise but outside of academia the administrative cost is going down because of technology. Where is the disconnect? Where is the added value? Where is the accountability? I think it needs to be going the other way. We need to sit down and look at it. We need to make an effort to put more funds in the classroom, my approach is to make a commitment and get people in the room who are smarter than I am and have the resolve to stay with this until we get the changes we need. We have to start out with our number one priority but too often the number one priority isn’t students. We have an academic industrial complex more concerned on its perpetuation than the students.

G: You mentioned that you’re going to help with unemployment through encouraging businesses to work with universities and through preparing people to go into the workforce. At UCSD, we have a pretty big engineering department and it seems that we’re generally prepared, through rigorous classes, to go into the workforce. And we work a lot with businesses, for example, Qualcomm. The issue for them isn’t a lack of preparation or familiarity with companies, it’s that there just aren’t enough jobs for students out of college. If elected, how would you intend to help that?

DUF: You’re right, that is a big issue, and I want to deal with that in a two-pronged way. First of all, we have been issuing a ton of H-1B visas [Temporary work visa for foreign skilled workers], and there’s an incredible demand to issue more H-1B visas than are available. So, at least in that area, we aren’t training enough Americans for those jobs. With respect to your question, I agree with you, and that’s why yesterday I spent a portion of the day talking with the president of a community bank. [We discussed] how we can revive community banks, because we have seen an implosion in community banks, which means there has been an implosion in the creation of small businesses. Those small businesses become big businesses. So if you’re looking for the engine of high quality jobs, historically in the United States it has been in the small-business level. If you look at large tech companies like Google, many started in garages as small businesses. What I’m trying to say is that some companies that start out as small businesses today will be, in five or 10 years, the ones looking to hire students out of college.

G: What are your thoughts on Citizens United and campaign finance reform?

Duf: I think that’s one of the largest threats to our democracy, that a small group of wealthy people have such a large impact on the political process, and I want to seriously look at what kind of alternatives we can come up with to our [current] system. If you look at the Republican CNBC debate, there are some stations that appear to have bias, and when you look at Tim Russert or Chris Matthews or George Stephanopoulos, you see people who have come from positions working for high-level Democrats who find work in the media. I’m not sure what the exact solution is, but at the very least we need to admit failure and make sure that whatever money goes into campaigns is immediately disclosed.

G: You’ve expressed a need to not rely on social welfare programs, but to reform the ones we do need. Which ones need reforming and what would you do to reform them?

DUF: Specifically, a number of jobs programs are way too big and we need to retrain that focus. There are a few good ones, but they don’t tie them to jobs. They do a great job of training people for jobs, but jobs that aren’t there. When George Shultz was Secretary of Labor, [government job programs were] run in coordination with the businesses, so it would be like Boeing needs 40 people to do some task, and they would train people to do it.There is a place for welfare too, but we’ve seen an explosion of the number of people on food stamps and that’s a problem.

G: What about social security? There’s been a lot of talk about how that’s been mismanaged and is soon going to run out, especially for people who are in college now. In all reality it’s not going to be there when we get older.

DUF: You’re right, it won’t be there. I think there’s been a lot of talk about privatizing social security, and in places where they have been able to do that, such as Chile, they’ve seen success with privatization. Americans want to know that that money will be there. What the government has done has been criminal, and the people who are responsible for the management of social security have done a great disservice to the American people. They actively misled the public as to what is going on with that system, and it’s been going on for way too long.

It’s going to require an honest discussion of that problem, and the surest way to prevent a solution from being found is to not involve people. In San Jose, we worked with the people and eventually came up with a pension plan that 70 percent of people supported, and at the end of the day, it will save the people of San Jose one billion dollars.

Check back for more Q & A’s with congressional candidates later in the school year.