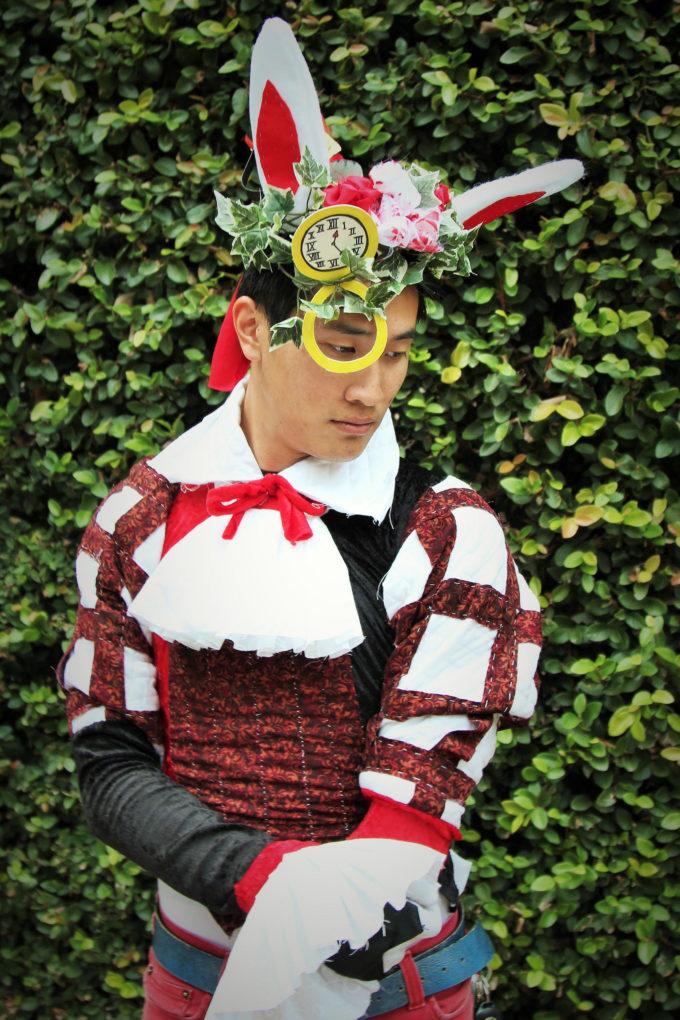 Stories are told in all mediums — from epic film biopics to nonsensical haikus — but for UCSD alumnus and current UCSD InterVarsity staff member Darren Oei, the stories he tells are interwoven into each stitch. Playing out a narrative on fabric, familiar folk stories combine with traditional dancer’s armor and a whimsical Renaissance flair to create masterpieces that are anything but ordinary. Warning: Photos of his costumes will trigger envy and make you question why you thought your bedsheet ghost costume was a brilliant idea.

Brittney Lu: When did you first get into costume making? It seems like you’re experienced in this field given how detailed and ornate your costumes are.

Darren Oei: I haven’t been making costumes for very long at all, so I’m thankful that God blessed me with this incredible gift. I started sketching designs for costumes probably five years ago, but I learned to sew three years ago. In total, I’ve made nine costumes, which isn’t a whole lot in retrospect, but I am proud and excited of the increasingly intricate designs. … I hope to amass a gallery of my work someday!

BL: How do you usually come up with ideas for your costumes or style?

DO: I love writing a story for the characters that I’m designing for. There has to be a reason for every detail of the outfit that points back to the costume’s story. The part about designing I appreciate most is figuring out how the tiny details make the character complete. My primary inspiration comes from Disney, ballets, fantasy genre works and historical period clothing. My work is often designed in 1800s Victorian, 1700s French or 1400s medieval influence or any combination of the above. My costumes are thematically designed and named uniquely to tell stories from the Bible through fairytale interpretation.

BL: With any hand-crafted costume, the inevitable concerns of time and money are bound to arise — after all, painstaking, detail-oriented pieces don’t usually come cheap. How much time, money and effort goes into your average costume?

DO: I buy fabrics in bulk so that I have a larger stock for future projects, but I would average fabric for one costume to be around $15 to $20, depending on how many different types of fabric I use. Costumes I’ve made with a sewing machine have run anywhere from 10 to 12 hours, and costumes I made completely by hand have averaged 18 to 20 hours. The [latest] Wonderland costume took the most time because of the separate headpiece, which alone took about five hours and 20 hours for the actual outfit.

BL: Which costume would you say is your favorite piece to either have worked on or to have worn?

DO: I have three favorite costumes. The first is a sugar plum fairy tutu I designed for a friend to perform a duet from “The Nutcracker.” The second is a Prince Charming tunic I wore myself as part of a video production telling the story of Cinderella through dance. The third is the Wonderland costume that I made for this Halloween, which gave me a chance to have a little fun with the jester-inspired design.

BL: Given the extensive amount of work you put into these impressive costumes, what kind of reactions do your costumes typically garner?

DO: People love the costumes. What gets the most attention are the details, which communicates to me that the costumes tell the stories I want them to. Friends have told me to sell my work online, design for them or start a business. I’m not opposed to any of those if I had all the time and resources in the world. Although I don’t, I’m thankful every time I get an opportunity to bring a new piece to life.

Not surprisingly, we all loved the costumes too.

A fourth year Communications major from ERC, Samantha Rae Andico – known as “Sami” by her friend circle – is passionate in her endeavors. Whether it’s her involvement in The Beat, Muir Musical, being an RA, or class projects, Andico goes all out. Halloween is no exception: her Starlord costume was Chris Pratt-approved. The Guardian sat down for a quick interview with Samantha.

Christian Gerard Gella: How much time and effort do you usually spend on your costumes?

Samantha Rae Andico: It honestly depends on what costume I’m planning to wear each year. Two years ago I did Eponine from [“Les Miserables”], and that only took an hour to put together because of stuff I pulled from my closet. And last year I did Starlord from “Guardians of the Galaxy,” which took me two months to put together. I am horrible at sewing, so it took me a while to find the pieces of my costume.

CG: Where do you usually get your fabrics, your materials and your clothing?

SA: I looked into all the outlet malls [and] Amazon. I put everything together that way. I tend to get a lot of my clothing from Forever 21, and I go to low-budget places, like Fashion Q, in order to put things together. I sometimes take scissors and just cut them up if I need to so they’re all things I’ve bought.

CG: How do people usually react to your costumes?

SA: A lot of my friends go “woah, that’s so cool” and all that and they usually get a positive reception, so that’s nice.

CG: Can you describe the moment when Chris Pratt retweeted your costume?

SA: Quite frankly, I freaked out a lot. I was on my way to Starbucks, and I kept feeling my phone buzz in my pocket and I was thinking what the heck was going on. So I took it out and I saw 50 notifications saying “This person retweeted your photo.” “This person replied to your tweet.” I had a strange feeling in my gut that something happened and that maybe a celebrity or Marvel themselves retweeted it. So I scrolled down and when I saw that Chris Pratt retweeted my costume, I freaked out. I was screaming in public, “Oh my God, Christ Pratt retweeted my costume!” It was really amazing, and I felt really flattered.

CG: What has been your favorite costume so far?

SA: I really loved my Starlord costume. That was a lot of fun to put together. But I think my costume this year is going to be my favorite of all time.

CG: Can you spoil it a little bit?

SA: I’m going to be Han Solo from “Star Wars.” And I actually bought a Chewbacca buddy backpack to wear and put all my candy in.

CG: What inspires you to do costumes?

SA: I’m a huge pop culture nerd, so I have stacks and stacks of comic books and old ‘80s sci-fi and action films, so those inspire me.