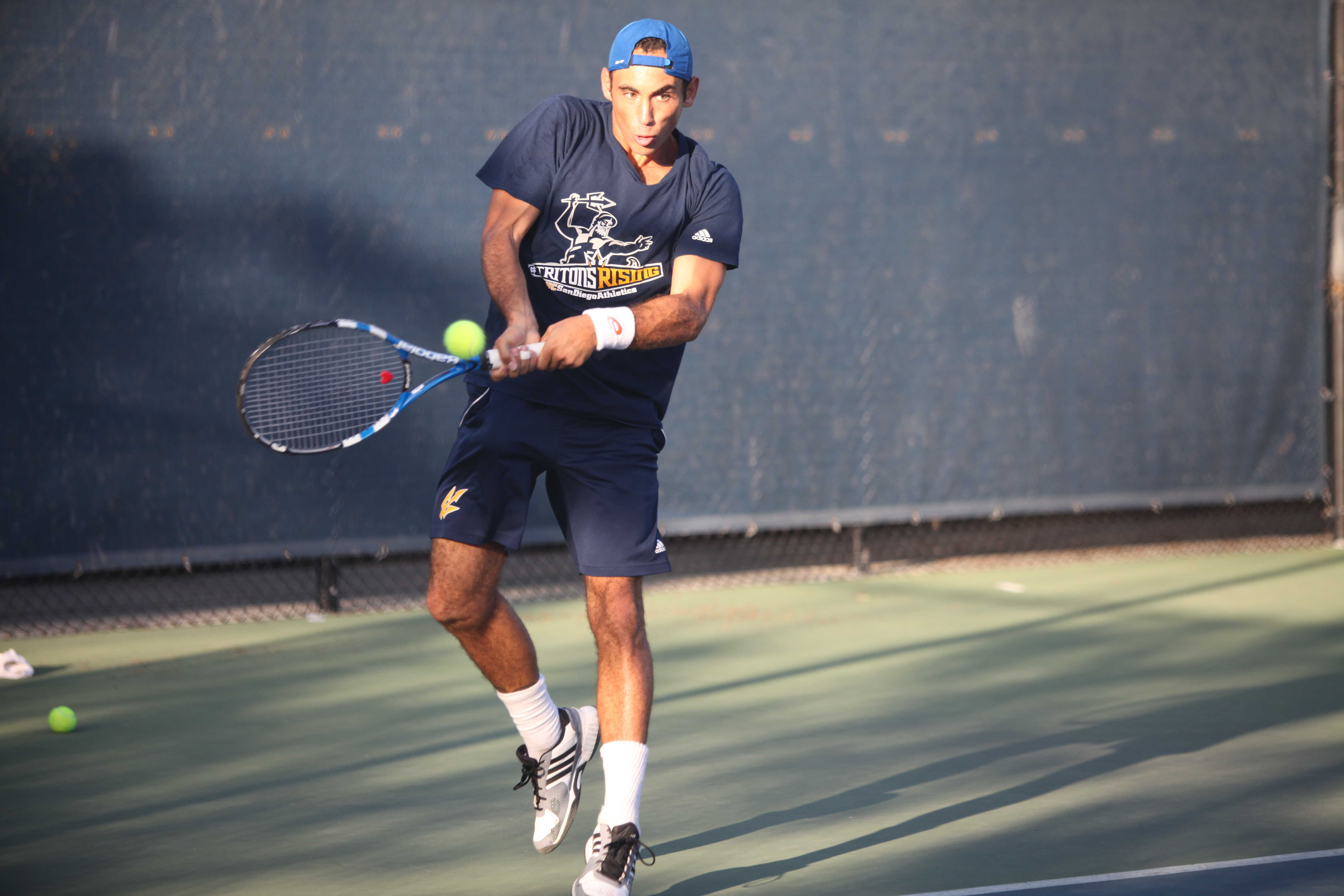 Pair dominates women’s doubles and qualifies for Nationals; Bouillin and Boyd eliminated in semifinal round of men’s doubles.

Cal State Los Angeles hosted the United States Tennis Association/International Tennis Association West Regional Championships from Thursday through Saturday. UCSD’s senior Kyra Scott and junior Britta Mosser were the only Tritons to qualify for Nationals. Scott reached the semi-finals on the women’s side, while senior Axel Bouillin came in second in the men’s singles and reached the semi-finals in the doubles paired with senior JP Boyd.

No. 1 seed Scott and Mosser beat juniors Kelsey Markle and Layla Accorsi of Concordia University, 8–0, after a first-round bye, and reached the semi-finals after an 8–3 win over Azusa Pacific’s team of Lilit Vardanyan and Schneider. In the semis, they defeated sophomore Regina van Koch and freshman Nikki Newell from Point Loma 8–5 and ended up taking the title after another 8–5 win over Sonoma State’s Jensyn Warren and sophomore Jordyn Kearney. This victory avenges their finals’ defeat from last year at the same tournament.

“[It is a] huge accomplishment winning the doubles against some very strong teams,” UCSD Head Coach Liz LaPlante told UCSD’s Athletics Department. “We were the No. 1 seed, and [Scott and Mosser] had lost in the finals last year.”

“I’m very impressed with the overall performance of the team, specifically Kyra Scott and Jasmine Hosseini in the singles,” LaPlante told the UCSD Athletics Department. “Kyra lost in three sets in the semis to the eventual winner, and Jasmine lost in a close three setter in the quarters.”

On the men’s side, Bouillin reached the final but was defeated by top-seeded Jan Meyer from APU. Bouillin used a bye in the round of 64 and won over other APU competitors Roberto Luconi, sophomores Alan Leahy and Pascal Engel, and Point Loma’s Andre Staab to reach the final.

In the men’s doubles, Bouillin and Boyd came up short in the semi-finals against APU’s Meyer and Engel, losing 8-4.

As the West Region’s doubles champions, Scott and Mosser get to advance to the USTA/ITA National Small College Championships, held on Oct. 15 to Oct. 18 at the Palmetto Tennis Center in Sumter, South Carolina. All eight regional champions from the NCAA Division II and III, NAIA and Junior/Community Colleges will attend the event.