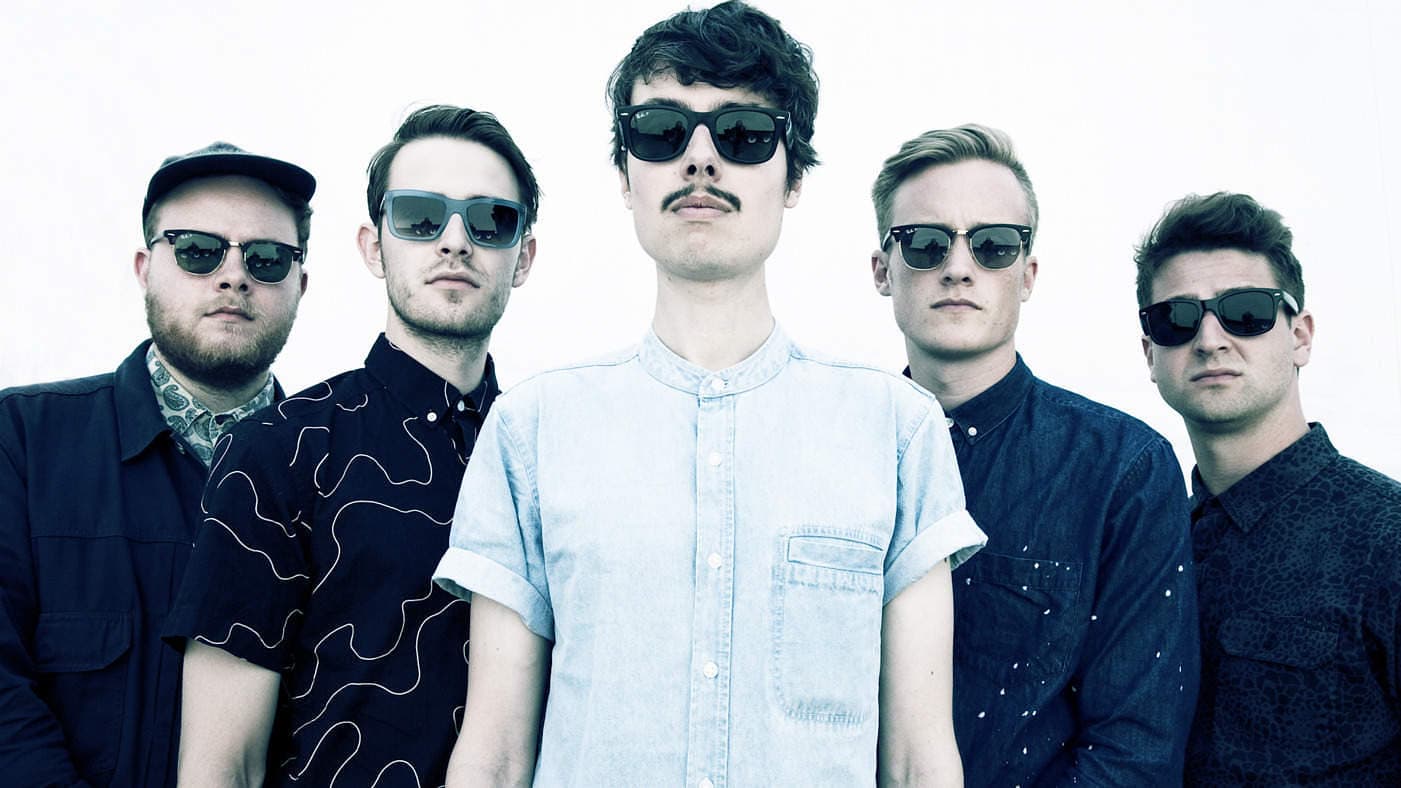 Joywave brings the defiance and dynamic energy of its live show to The Casbah this September.

Guardian: You’ve said before that you enjoy being the underdog. How has that influenced you and/or your music?

Paul Brenner: I think that’s been a huge part of our live show [and] has influenced our live show. Over the past year and a half, we’ve been opening (this is our first ever headline tour) and in that situation you have a unique scenario where you’re seen as the underdog. And it’s your job to craft their crowd. I think the staple of the opening band being this way has made a difference that’s evolved and ramped up the energy of our live show over the past few years.

G: You’ve also mentioned that you like “taking the audience hostage.” What do you mean by that, and what should audiences expect?

P: There’s a time when you’re just an opener for another act — which is great and a right of passage for any band — but I think what Dan meant by that is how we have the ability to threaten — without sounding too violent about it — the crowd. You’re going to enjoy this. We’re not gonna be fazed.

G: What was it like to collaborate with Big Data on “Dangerous” and to see the response from that song?

P: That collaboration was actually originally just Dan and Alan Wilkis from Big Data; they actually had a thing together. Dan and Alan would get together while Dan’s girlfriend was at work and they would just have fun creating songs. I don’t think either one of them knew that “Dangerous” would do what it did. I don’t think any of us did, you know, and Joywave was taking off at the same moment and Dan couldn’t be in two places at once. So Alan put together a band. The “featuring Joywave” was changed retroactively.

G: To see a song like that take off the way it did, what was the reaction from the band and how does that influence you going forward?

P: It’s crazy. It has done nothing but good things for Big Data and for us. It was so crazy to see that go number one. I remember at Lollapalooza last summer, Dan was going around to different interview tents and whatnot and everyone was like “What’s it like to be the voice of the number-one song on the radio?” Like I said earlier, it’s all been kind of a rollercoaster. I don’t think anyone expected this — it’s done nothing but good things.

G: What influences do you take from your hometown of Rochester, New York?

P: I think our hometown of Rochester means a lot to all of us. We were all born and raised in a tiny little suburb outside of Rochester, and if it weren’t for the city and for all our parents working for Kodak company… We kind of owe a lot indirectly to Kodak and to our neighborhoods in general. Our first album was called “Koda Vista,” which is actually the name of the neighborhood that I grew up in. There’s nothing like practicing in our parents’ basement for days. We all just owe a lot to the geography at that point, you know?

G: If you guys were to cover any song live, which artist and which song would you choose? You personally, of course.

P: Over the years we’ve done some pretty cool covers that I’ve enjoyed. A long time ago we did “Everybody Wants to Rule the World” by Tears for Fears and I really loved that one. We’ve covered “When You Were Young” by The Killers a long time ago as well. Recently we’ve prepared a cover as well, but I’m not going to reveal that. I’ll leave that a surprise.