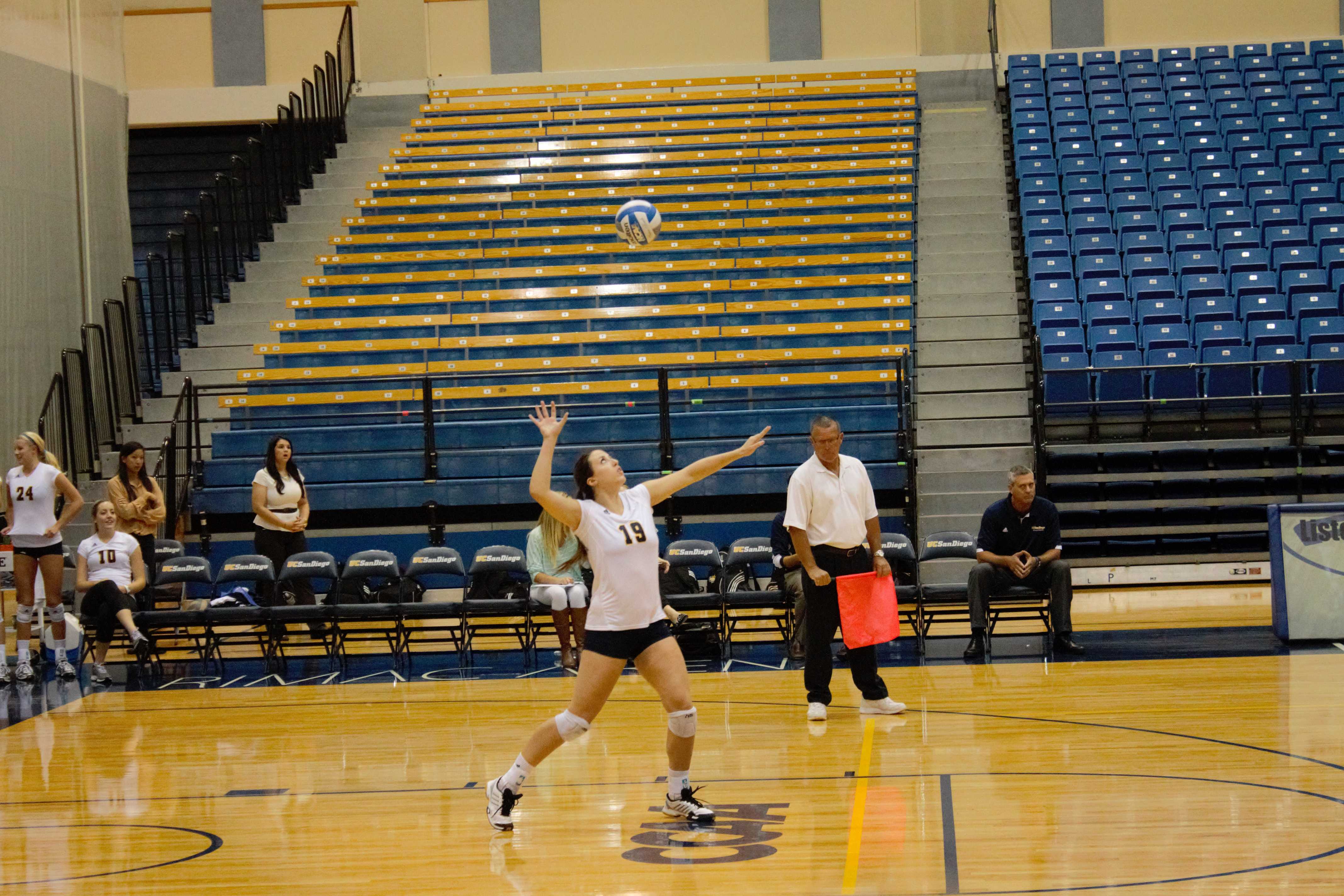 This past Tuesday, the UCSD women’s volleyball squad fell after valiantly fighting a close match for the third annual Reis Cup against No. 17 Cal State San Bernardino in front of a packed home crowd at RIMAC Arena.

With this loss, UCSD’s overall record fell to 6-5 and its California Collegiate Athletic Association record fell to 2-1. Cal State San Bernardino improved as a result of its win to a 9-2 overall and a 2-1 CCAA record. This was also UCSD’s first loss in the Reis Cup, which is named in honor of Karen Reis, a former Triton volleyball player. UCSD previously won the Cup in 2014 and in its inaugural year of 2013.

Senior middle blocker Kameron Cooper led the Tritons with 15.5 points. She had 14 kills, six digs and two blocks. Junior outside hitter Meagan Wright followed close behind with 15 points exacted on 15 kills, which, along with a match-high 19 digs, helped Wright complete her fifth double-double of the season. The Tritons’ setter, senior Heidi Sierks, also ended the game with a double-double as she had 42 assists and 12 digs. Senior outside hitter Danielle Dahle achieved a career-best four aces. The Tritons were able to ace the Coyotes eight times.

The women’s volleyball team hopes for similar support at their next home game as it squares off against another tough opponent this Friday when it plays against No. 25 Cal State Los Angeles at 7 p.m.