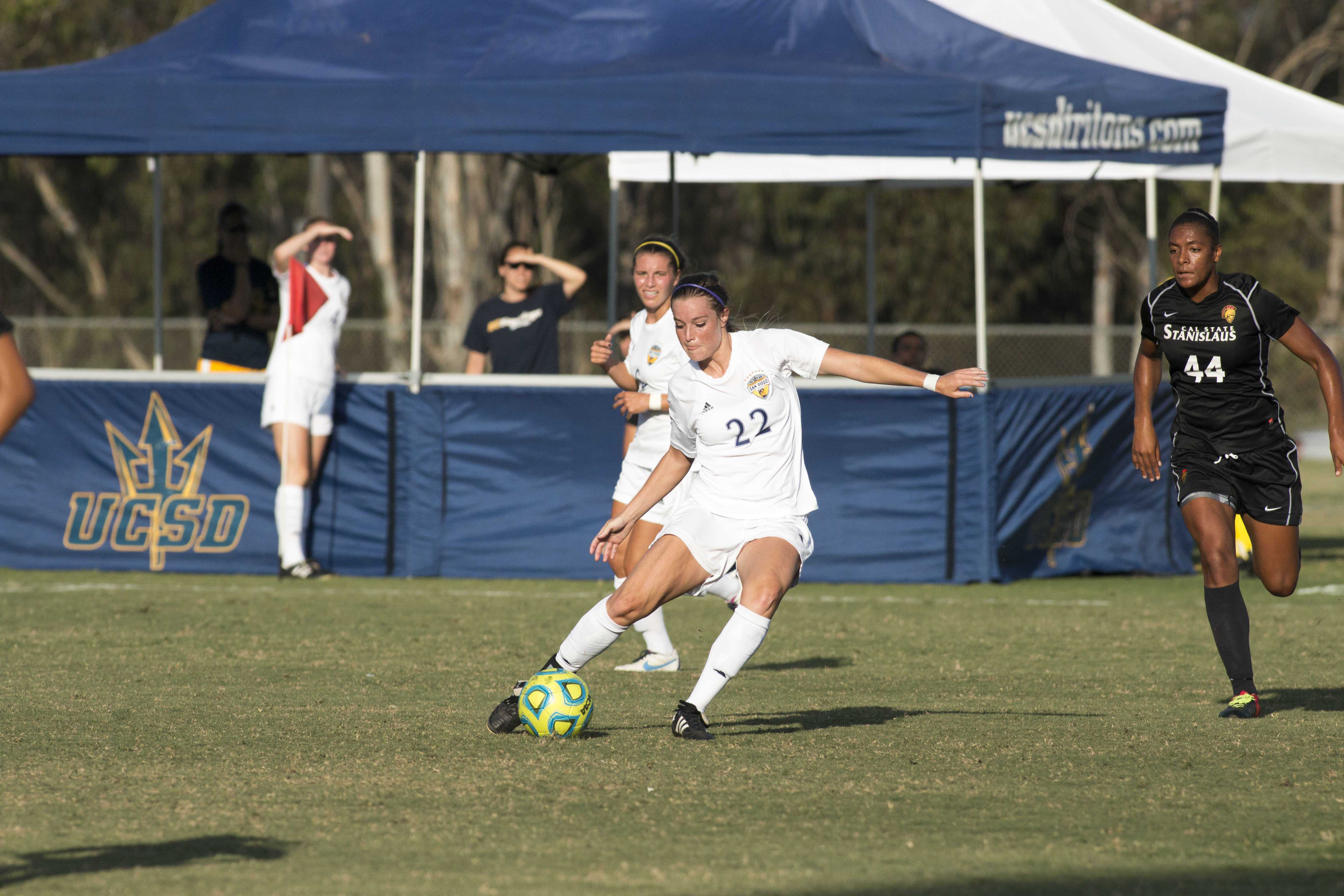 Heading into the crucial stretches of the season, the UCSD women’s soccer tallied two important victories on the road this past weekend, improving their record to 8–5–3 overall and 5–3–2 in the California Collegiate Athletic Association. The Tritons bested No. 15 Sonoma State in a 1–0 match on Friday and repeated a 1–0 performance over Humboldt State on Sunday.

Coming off the two in-conference wins, UCSD moved up in CCAA placement over Cal State Stanislaus, seizing sole possession of the sixth spot in the 12 team standings. With only six teams allowed for qualification for the conference championship, the Tritons have a slim one-point advantage over Cal State Stanislaus in standings, with one final regular season game remaining.

On Friday, Sonoma State threatened multiple times in the first half, first with a right-sided cross at the 12-minute mark that was diffused by freshman midfielder Aimee Ellis, followed by a free kick on the right side in the 27th minute. Ultimately, neither side produced much in terms of opportunities until senior forward Izzy Pozurama’s season-saving kick on an offensive drive in the 83rd minute.

“[Junior midfielder Maile Nilsson] played a great ball over the top, and [Pozurama] beat the goalkeeper to the ball and lobbed it over her,” UCSD head coach Brian McManus told the UCSD Athletics Department. “It was a fantastic effort. She got just enough on it to clear the keeper and get it to the goal before the defenders got there to clear it off.”

On Sunday, the Tritons maintained their stout defense while Pozurama struck the net in the 56th minute of play with assistance from freshman midfielder Jordyn McNutt to ultimately complete the perfect road weekend.

This season looks to be a promising one for Pozurama, for four of her five goals in 2014 have decided game outcomes. Not to be overlooked are the contributions of players like McNutt and the defensive side of play that has not allowed a goal in an amazing four straight games of play. As the postseason rapidly approaches, UCSD finds itself playing some of its best soccer.

Senior Night is scheduled to start at 7 p.m. on Thursday, Oct. 29 at Triton Soccer Stadium against in-conference rival Cal State Dominguez Hills. Triton seniors Pozurama and midfielders Cassie Callahan, Kylie Hill and Kelly Leshin will be recognized prior to kickoff.

“The attitudes are right, and our players have risen to the challenge,” McManus said. “We’ve still got two games to go, but we’ve given ourselves a chance. We need to win those two and hopefully get a little help.”