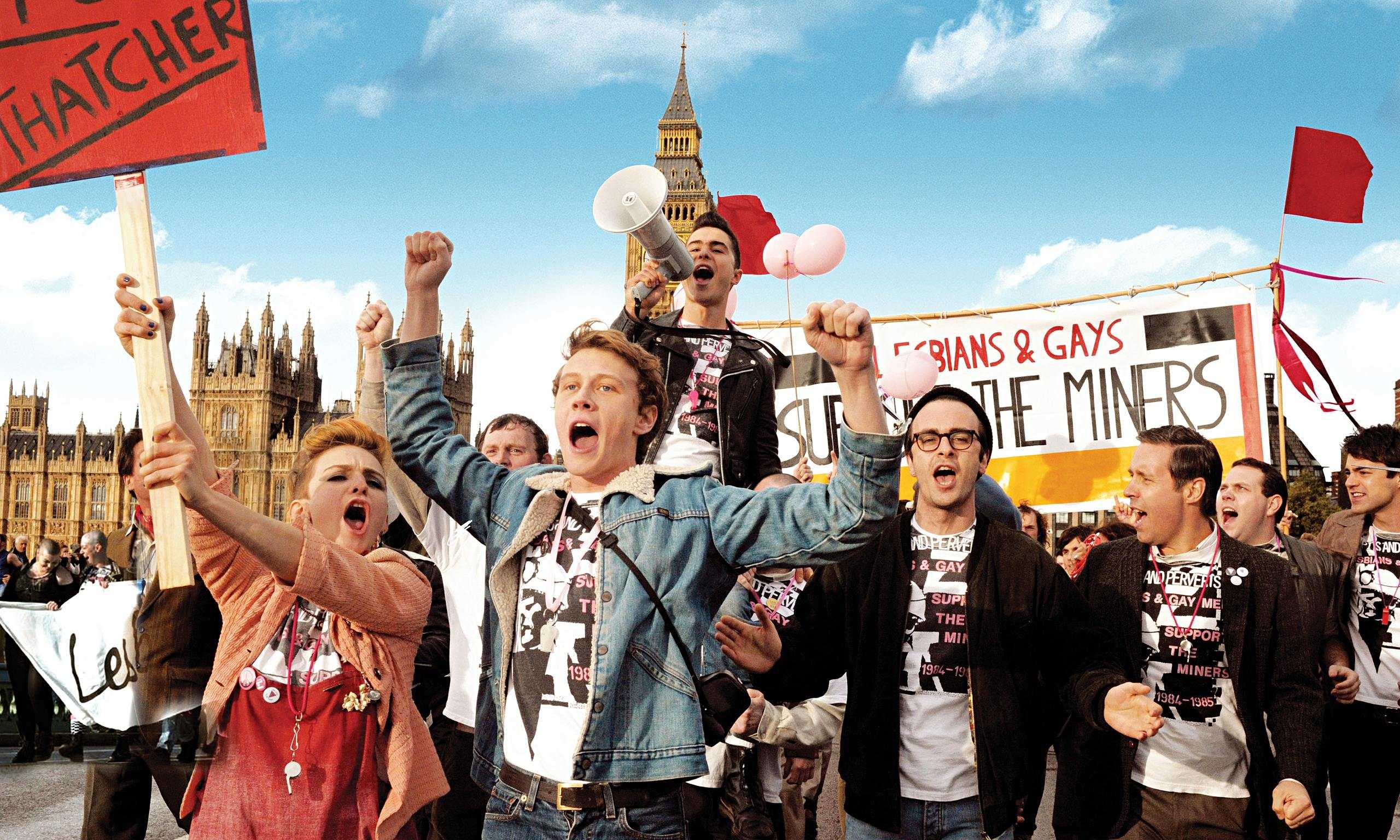 Sincere and uplifting, “Pride” is a beautiful display of ideas worth taking seriously.

A simple idea in a complicated world is a dangerous thing. More often than not, great movements and sudden shifts in perspective are ignited by uncomplicated yet beautiful new thoughts. The idea that sets “Pride” into motion is simply an expression of kindness. The year is 1984, and the U.K. is in the midst of a national debate over a miners’ strike that has the workers at the brink of starvation. On the eve of a gay pride march, Mark Ashton (Ben Schnetzer), a young and charismatic activist, watches a news report on the miners’ precarious condition. Having experienced mistreatment and abuse himself as a member of the lesbian, gay, bisexual and transgender community, Mark has the “radical” idea to get gays and lesbians to raise money for the miners. Why the miners? Because he feels like it. “Pride” does not attempt to develop Mark’s underlying rationale. He is moved by solidarity — and that’s more than enough for him.

He forms the Lesbians and Gays Support the Miners group and rapidly encounters opposition from all fronts. Some activists within the LGBT community, understandably, believe to have their hands full already. They question Mark’s priorities and opt out from the group. More importantly, the National Union of Mineworkers refuses to be helped by a group of homosexuals. But Mark and his friends would hear none of them. They randomly pick a small miners’ town in South Wales and decide to bring them the money in person.

What could have been an over-the-top drama is, in the hands of stage director Matthew Warchus (“Simpatico”) and writer Stephen Beresford (“The Last of the Haussmans”), an uplifting dramedy clean of empty sentimentalism and facile moral preaching. It is easy to be carried away by the film’s cheerful atmosphere and clever jokes. But behind the laughs and the friendships, lurking in the back like a cold shadow, lies the tragedy of a generation marked by the reality of AIDS and social ostracism. Death is a passive-aggressive character in “Pride”: quiet for the most part, but devastating in its appearances. As the story develops, the film gradually draws us into the conflicts and contradictions in the protagonists’ inner lives.

Beresford’s script does not hide away individual drama. An affecting scene shows Joe (George MacKay), the photographer of the group, confronted by his parents who have just discovered their son’s homosexuality. We see them yelling and gesturing while Joe quietly cries. Warchus doesn’t let us hear the conversation; we are left alone with the images — the frightful images of a family disintegrating before our very eyes.

“Pride” successfully depicts a series of unexpected events which reveal human dignity and companionship as real possibilities, both personally and collectively. The summer of 1984 saw a group of people determined to overcome the bigotry and ever-present violence of a blatant homophobic society — a society that, just a decade earlier, officially considered homosexuality a mental illness. The success in the miners’ community should remind us of our contemporary failures to create a culture that not only respects but also embraces differences in sexual orientation. “Pride” is about simple ideas — the fact that they remain as radical and far-fetched today as they were in the 1980s is an alarming sign of moral stagnation. If nothing else, “Pride” is a mirror where we see, reflected into the screen, our deepest prejudices and our desire to overcome them.