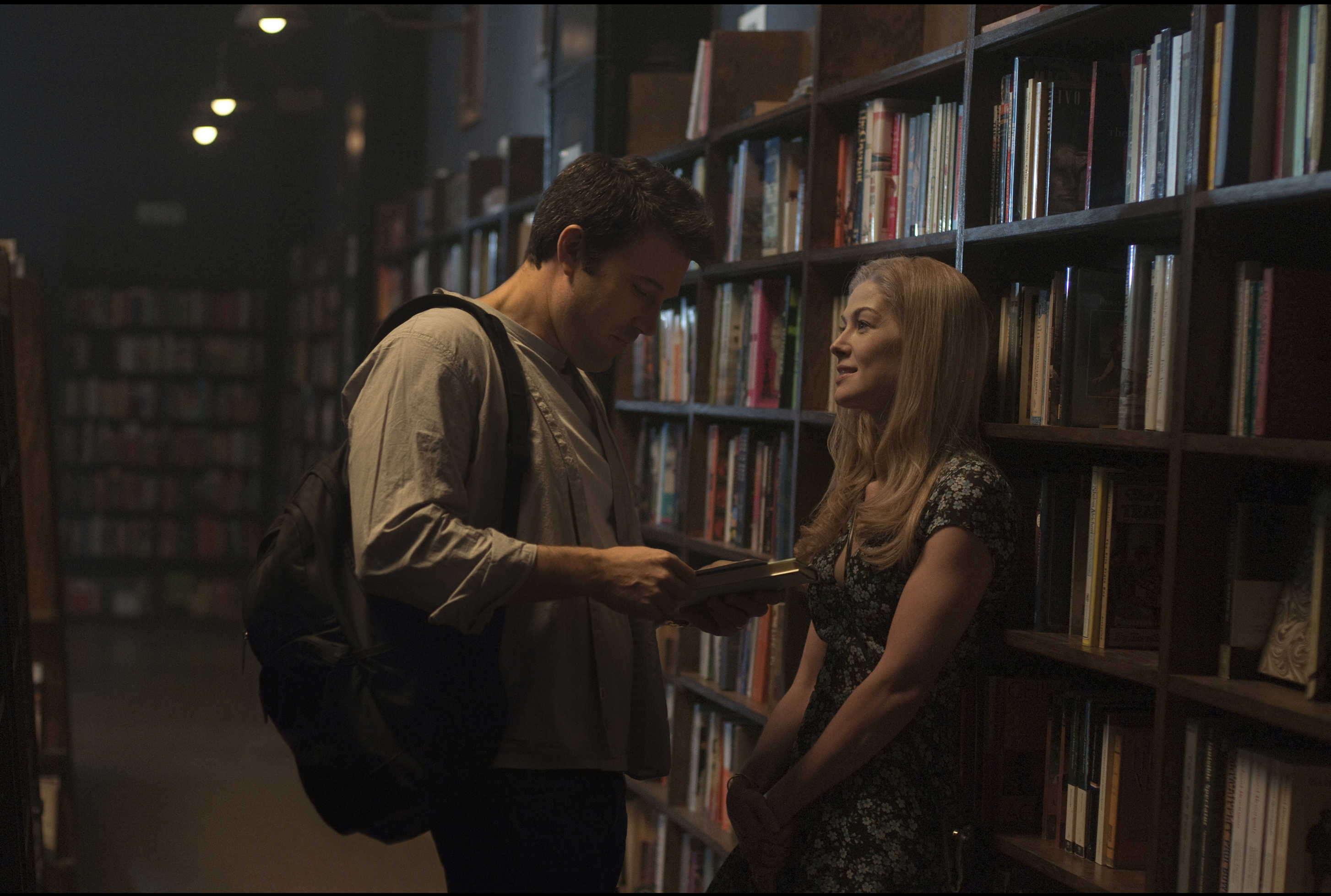 Fincher’s latest mystery-thriller is a dark and stylish portrait of an atypical marriage.

Leave all your preconceived notions at the theater entrance for “Gone Girl” because they are all about to be blown out of the water: This is not the movie you were expecting.

The story is based on that of the source novel of the same name written by Gillian Flynn, who also happens to be the film’s screenwriter. Aside from the twisted intrigue, Flynn also instills her characters’ dialogues with a pleasant cadence, although it can feel overly dramatic at times. Behind the camera, mystery-thriller phenom David Fincher (“The Social Network,” “The Girl with the Dragon Tattoo”), true to form, does not shy away from the stylish or the brutally graphic.

The film offers a personal view into the married life of Nick (Ben Affleck) and Amy Dunne (Rosamund Pike). Now on their fifth wedding anniversary, Amy is gone, and Nick is the most obvious culprit — but why would he call in the police to search for his wife He seems genuinely worried and befuddled by it all.

Soon after, the police are taken on a treasure hunt as the whole town enters a frenzied panic, brought on by the giant media carnival having an open season on the “Find Amazing Amy” campaign — it’s great news fodder, after all. The underlying tension of every scene makes for a paranoia-filled procedural juxtaposed with the romantic journal entries of the “gone girl.” As we learn more and more about the evolution of their love affair, told concurrently through flashbacks, the evidence begins to pile up against Nick. Nick vehemently pleads his innocence, but the case turns sour quickly and the police are done playing nice. By this point, it is insanely difficult to play catch-up with the narrative because just when one conclusion seems certain, a new wrinkle in the plot is inserted. There are no givens.

Fincher’s film has one last grand ploy: It hits its climax earlier rather than later, feeding the audience one juicy twist as present day and diary overlap. Life seems strangely normal to the still-clamoring news world, but it’s not the first time that the cameras and reporters fail to see reality. It’s funny how two-and-a- half hours can radically change your whole perspective on a seemingly everyday marriage. By the end of the film, we laugh uneasily in spite of ourselves as “Gone Girl” proves to be deliciously subversive with its pairing of the graphic with the oddly amusing.

This is one of the most intense dramas to have come out in years, and in many ways, it simultaneously functions as a thriller, a satire of the media and even a black comedy. Affleck gives a brooding performance as the troubled husband, and Pike absolutely blows the lid off of her role like never before. If she had not already hit the big time, she certainly has now. Overall, Fincher’s thriller is fidget-inducing, spine-tingling and utterly perplexing; there’s absolutely no relief. If that tickles your fancy, by all means, have at it and find out for yourself what all the ambiguity and hype is about. Until then, call 1-855-4-AMY-TIPS if you have any leads about the “gone girl.”