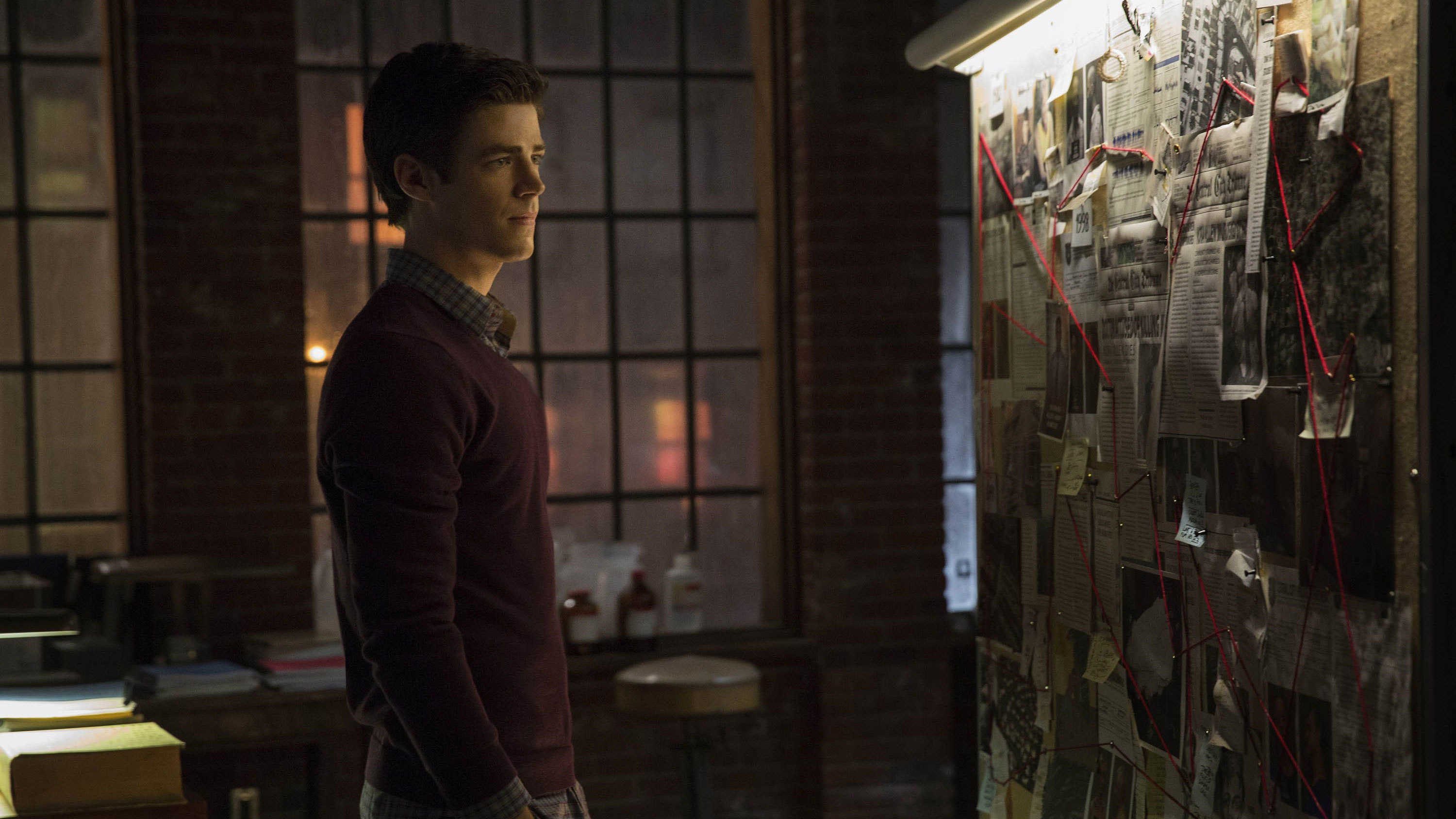 Now that “How I Met Your Mother” is over, you’re probably on the lookout for your next favorite series. We’ve boiled down network TV’s “good” shows that can fill that missing hole in your heart, “bad” series you’ll want to avoid and “(possibly) ugly” ones that can go either way.

A spinoff of the hit superhero TV series “Arrow,” “The Flash” captures the adventures of geeky detective-turned-superhero Barry Allen (Grant Gustin). With the considerable success that “Arrow” has brought to the CW, “The Flash” is expected to be nothing less than its predecessor, especially in terms of high-quality special effects. There are several riveting storylines in store that parallel the genuine nature of the comic book series, such as the truth behind the death of Allen’s mother, a host of other supervillain battles and a possible romance with Iris West (Candice Patton). With a charming ensemble to top it off — “The Flash” was created because of Gustin’s charismatic portrayal on “Arrow” — there’s no telling what comedic, dorky moments that simultaneously keep close to the intense, dramatic tone of “Arrow” will run across our screens this season.
– Christian Gella, Staff Writer

Like Marvel’s “Agents of S.H.I.E.L.D.,” “Gotham” is the DC Comics franchise’s attempt to recreate the success of its films (in this case, the recent Batman trilogy) on television. While it won’t feature any heroics by the caped crusader himself, “Gotham” focuses on the relationship between a young Bruce Wayne (David Mazouz) and Commissioner Gordon (Ben McKenzie). Using the flavorful setting of Gotham City (an aspect critically lacking in its Marvel counterpart), “Gotham” aims to cross Gordon’s path with the origin stories of many DC villains, including The Riddler (Cory Michael Smith) and The Penguin (Robin Taylor).
Even for non-comic books fans, the show should stand on its own as a brooding detective tale with a solid cast of actors. With McKenzie in the lead as Gordon, vastly improved thanks to his transition from “The O.C.” to “Southland,” the forbidding streets of “Gotham” should be a perfect accompaniment to the bleakness of fall.
– Dieter Joubert, Senior Staff Writer

In a move from the big screen to the tube, Academy Award nominee Viola Davis (“The Help”) stars as a hard-hitting law professor, Annalise Keating, that teaches her students about the law by forcing them to break it in the new hit drama, “How to Get Away with Murder.” The morally corrupt Keating is an intriguing character that will do anything and use anyone, including her own students, to win her cases. She takes her pupils out of the classroom and into the courtroom in order for them to learn first-hand how she morphs the law in her favor. Under extreme pressure to show their worth, Keating’s students are willing to go to any means to help their professor. A show so drenched with questionable characters will keep viewers waiting in anticipation to see if there is any line that Keating and her students are not willing to cross. With Davis’ exceptional performance and characters so ethically twisted, audiences will be drawn to follow this suspenseful series into a guaranteed second season.
– Devon Munos, Staff Writer

Maggie Q plays your typical cop role: a smart, no-nonsense lieutenant with a secretive past. Except instead of tracking down your average everyday murderers, Beth Davis specializes in dealing with voyeuristic stalkers who terrorize the civilian population of L.A. Her foil is a smart aleck detective named Jack Larsen (Dylan McDermott), who is obviously meant to create tension between the two characters but only to become a predictable love interest later on. Thus, the show looks like a rehash of any other procedural like “Castle,” which was barely fresh then and is completely overdone now. On top of that, the show feels overly dramatic and could stand to lighten up. A sincere apology to “Stalker” if this is a gross misreading of the story arc, but it seems doubtful. Take some advice and check out reruns instead because it does not look like there’s anything new here.
– Tynan Yanaga, Contributing Writer

Yes, that’s right. This show is really called “Jane the Virgin,” and it’s no joke. Or maybe it is. Taken at face value, there is barely enough potential for a cheesy chick flick, much less a syndicated TV comedy. Jane comes from a culture where virginity is a precious thing, and she learns not to forget it. However, one day, a nurse makes a horrible mistake and Jane ends up artificially inseminated. It’s an everyday occurrence, right? It sounds utterly ridiculous and extremely contrived, but if Gina Rodriguez can create a character who will act as the emotional anchor of this show, it just might work. There is possibly enough tension and awkwardness to make something out of very little, if only a few laughs’ worth. Otherwise, “Jane” will fall flat on its face, and no gimmick can save the show then.
– Tynan Yanaga, Contributing WRiter

In an overly stereotypical fashion, “Manhattan Love Story” is a train wreck of a romantic comedy stretched throughout an entire television season for your personal boredom. ABC’s new drama features young, horny Peter (Jake McDorman) who meets the overly emotional, purse-obsessed Dana (Analeigh Tipton). Despite a horrific first date, their dull characters try again. Oh, and as a special twist, the audience can hear all of the main characters’ obvious thoughts! You might hope that they have an interesting inner monologue that offers a look into the perspective of the opposite sex, or perhaps the writers are witty and the comedy offered through the main character’s insight is hilarious? No, sorry. Don’t bother watching because the flat pilot has nothing more to offer. It might be more entertaining to watch this show on mute and guess what the characters are saying yourself — we’ll guarantee you will get at least 90 percent right.
– Devon Munos, Staff Writer

At first glance, the premise of “A to Z” may look like the antidote to those who are still tragically mourning the nonsensical finale of “How I Met Your Mother.” It stars The Girl With the Yellow Umbrella herself (Cristin Milioti) and relies on a similar framing device. But in the pilot, the show already seems in danger of drowning in romantic cliches that would fit better in a film than a television show.
“A to Z” chronicles the relationship between a hopeless romantic, Andrew (Ben Feldman), who works at an internet dating site, and an ambitious, no-nonsense lawyer named Zelda (Milioti). The show tells us that their relationship will last eight months, three weeks, five days and one hour. Already, the chosen narrative is clever (think “500 Days of Summer”), but the show’s dependence on cliches, such as destiny and second chances, are bland enough to mask the charming chemistry between its two leads.
– Salena Quach, A&E Associate Editor

On paper, “Mulaney” sounds like a classic in the making, giving stand-up comedian extraordinaire (and creator of SNL’s “Stefon”) John Mulaney the chance to work his hilarity with the likes of Martin Short and Nasim Pedrad.
And yet, the previews so far have been, well, disheartening: “Seinfeld”-esque stand-up bits are smashed together with bland, slapstick segments seemingly unrelated to any central theme.
Louis C.K.’s “Louie” has proven that it’s possible to transition from stand-up to TV in a post-”Seinfeld” TV landscape. But “Mulaney” offers nothing new to the genre, with its namesake abandoning his wry yet congenial voice for the persona of just another cynical, middle-class New Yorker. Perhaps, like “Parks and Recreation,” this show simply requires a rocky first season to sort itself out, but for now, it’s hard to recommend to anybody but diehard fans of Mr. Mulaney.
– Dieter Joubert, Senior Staff Writer

Based on “My Fair Lady,” “Selfie” is ABC’s attempt to speak on contemporary issues in social media. The premise is simple: Self-absorbed Eliza Dooley (Karen Gillan) realizes how superficial her life is when her supposed “friends” aren’t exactly what they seem. Desperate to re-brand her image, Dooley enlists the help of Henry Higgs (John Cho). The major flaw of this pilot is that it seems like it’s only enough to shell out a single season. However, the cast makes up for this with their great comedic synergy that plays on the polarization between free-spirited Eliza’s lack of social graces and Henry’s stoic persistence in tandem with modern pop culture quips. There seems to be enough to pull this show into an arc for character development, but the writers need to know what direction they’re taking with sub-plots before the premise begins to stale.
– Christian Gella, Staff Writer