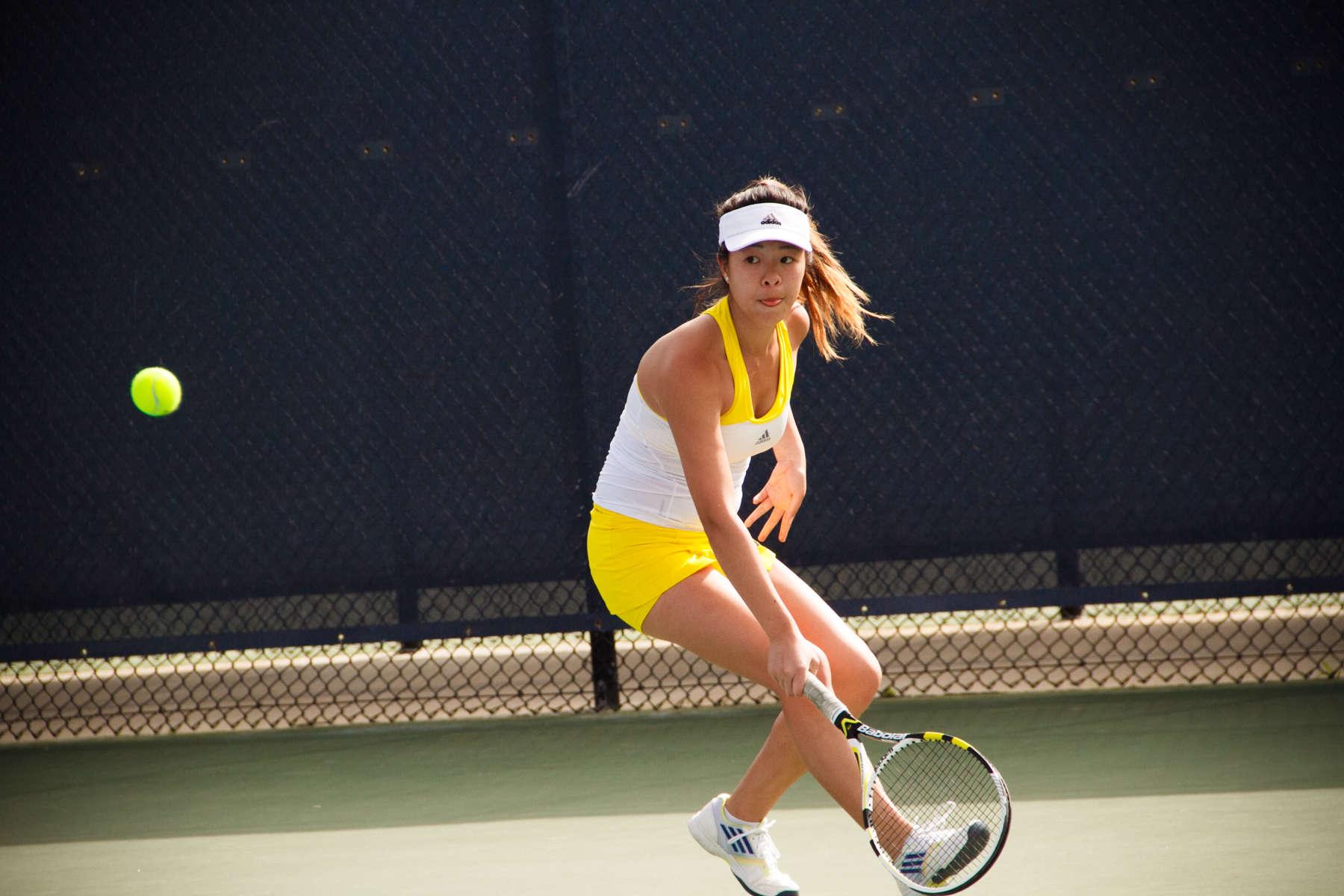 The UCSD men’s and women’s tennis teams ended their regular seasons this past week as the men suffered an away loss against the Division-I UCLA team on Wednesday, March 16, and the women enjoyed a home-field landslide victory against Cal State Stanislaus on Friday, March 18.

“We were up against a really good team from Division I, and as a Division-II team, it was a challenging meet overall,” junior Kona Luu said. “Despite the loss, it was a great way for us to test the upper competition and see how they perform and build some more experience.”

The UCLA Bruins won the doubles matchup with victories in the No. 1 and No. 2 slots. For the No. 1 match, the Bruins took down the No. 17 ranked duo senior Max Jiganti and Luu in an 8–0 shutout. Freshman Alexandre Miaule and sophomore Horea Porutiu fell 8–3 in the No. 2 contest.

The Bruins took the first four singles matches in straight sets, led by junior Marcos Giron, who is ranked fifth at the national level.

“We had a strong season despite how tough it was,” UCSD men’s head coach Timmer Willing said. “[We] started it off really well, and it was just a bit shaky at the end, [but] we still have a likely chance of making it to the NCAA championships.”

The Triton women’s final match concluded their season on a high note, with a blowout victory of 9–0 over Cal State Stanislaus on senior night. The Tritons only allowed five points overall in their three doubles matches and also managed to win five of the six singles matches in straight sets.

“It was a great way to end the season,” women’s head coach Liz LaPlante said. “We knew it was a team we could beat, and we did just that. It was also a great way to send off our seniors who have played so well here.”

Seniors Tara Vanooteghem and Laura Wilke wrapped up their collegiate careers as the No. 3 duo, winning with a stellar score of 8–0. The pair managed to finish the season with a 14–10 winning record. They both also cruised through their singles matches with Vanooteghem winning her No. 4 match 6–0, 6–1 and Wilke taking her No. 6 slot 6–0, 6–1.

“We didn’t have a great year overall as we lost to teams that we should have beaten,” LaPlante said. “However, it was a great learning experience for the young team, and now we just hope to come back stronger.”

With the Triton women’s season behind them, the UCSD men’s team will await NCAA championship qualifying announcements on April 29. Nationals will take place in Altamonte Springs, Florida from May 14 to May 17.