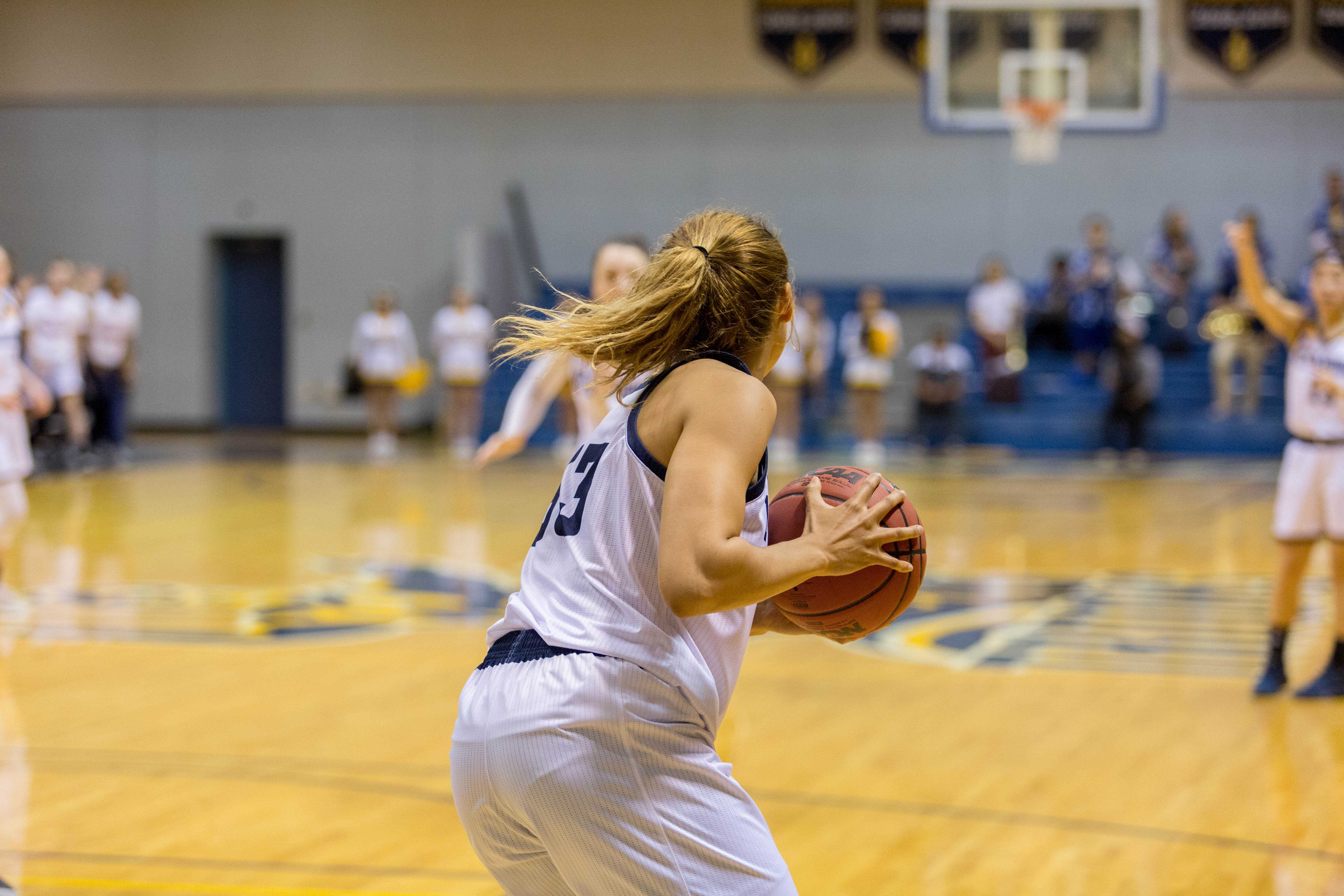 The UC San Diego women’s basketball team defeated Cal State San Bernardino, 66–60, last Thursday to clinch the California Collegiate Athletic Association championship. The Tritons finished atop the conference with a 17–3 conference record and a 21–5 record overall. Last year, UCSD shared the regular season title with two other teams, Cal State Dominguez Hills and Cal State East Bay. This year, UCSD alone was the recipient of the CCAA regular season title, marking the fifth time that the Tritons have won the title. UCSD heads into the playoffs hoping to carry the momentum of a very successful regular season forward.

The first quarter began with a jumper off an offensive rebound by Coyote senior forward Casie Johnson. Both teams would trade a few baskets until the 5:05 minute mark, when UCSD pulled ahead 11–8, courtesy of a three-pointer by sophomore guard Joleen Yang. The Tritons held onto their advantage, heading into the second quarter with a 23–17 lead.

The second quarter was a low-scoring affair. Other than a three-pointer by Coyote freshman guard Courtney Coleman to open up the quarter, neither team scored again until the 5:34 mark. The lead changed hands four times until UCSD senior guard Beth Mounier knocked down a three-pointer to put the Tritons up 31–28. The end of the second quarter saw the Tritons holding an uncomfortable 34–31 lead with the Coyotes right on their heels.

UCSD started off the third quarter with a three-pointer by junior guard Paige Song to bring the lead to 37–31. The Tritons’ point advantage over Cal State San Bernardino would not last, as the Coyotes came close to closing the gap multiple times throughout the quarter. They ultimately succeeded with 1:57 left to go in the third, securing a short-lived 47–46 lead. UCSD easily took the lead again and finished the quarter five points ahead at 52–47.

“We made some big plays down the stretch,” head coach Heidi VanDerveer told the UC San Diego Athletics Department. “Different players stepped up, and we were able to hold on to grab the win.”

UCSD will host No. 8 Sonoma State in a quarterfinal game for the eight-team CCAA tournament. Tip-off is set for 5:30 p.m. on Tuesday, Feb. 28.