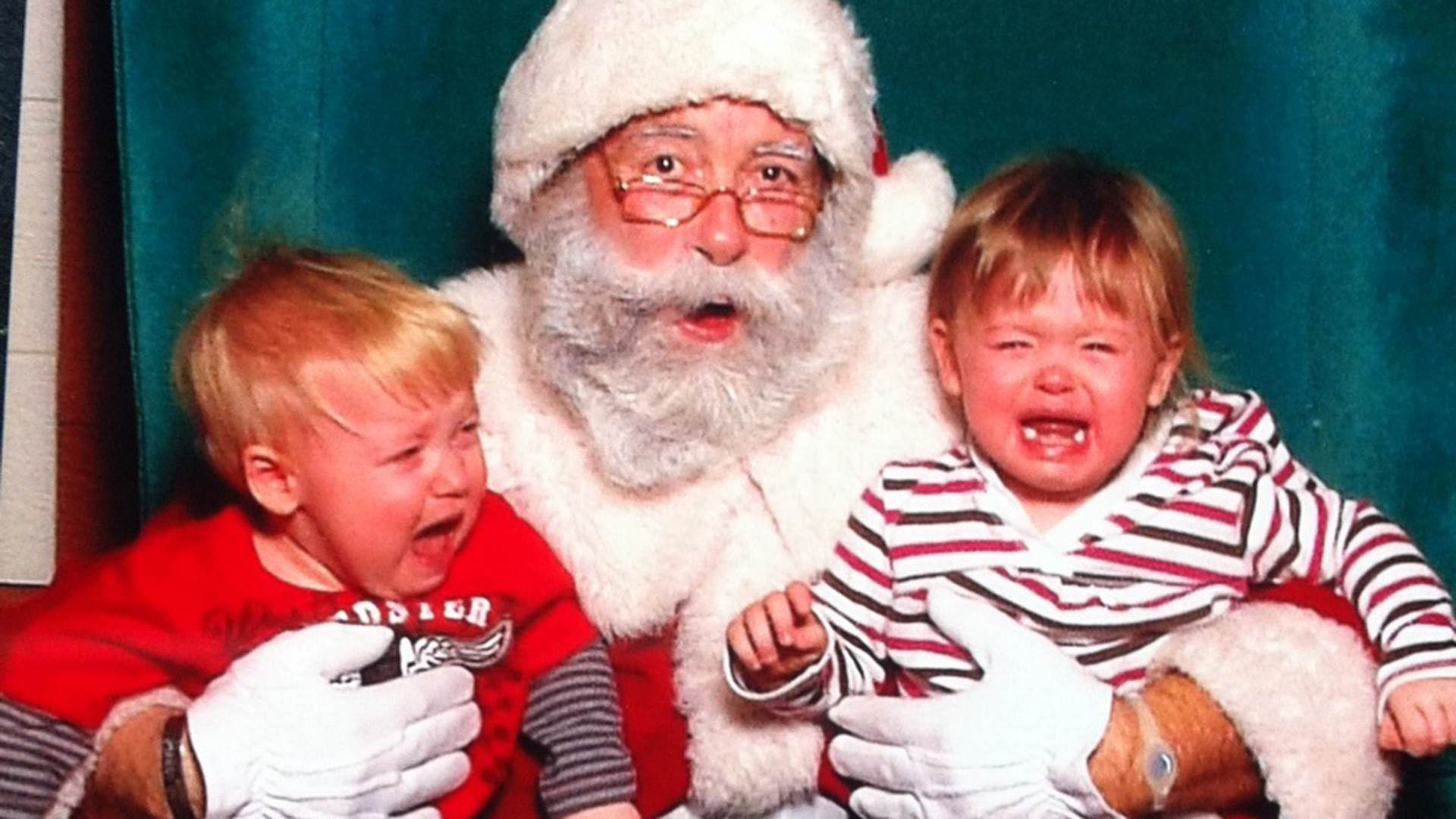 Back in the day, when I was but a prehistoric amoeba, scuttling through the general soup of the Proterozoic era, I had a dream. More a nightmare than anything, really. I saw the image of a jolly, red-faced man in a scarlet suit beckoning to me from his place upon an obscene throne of plastic and gold, backlit by a string of flashing lights. I hesitantly walked forward, sat on his lap — as best as an amoeba can — and he leaned forward, beard hairs tickling my ear, fetid breath like the creeping specter of death, whispering, “Have you been good this year?”

That’s when I woke up screaming my head off, naturally. Raise of hands: Who here has been personally traumatized by the Man in Red? He may see you when you’re sleeping, but I’ve been working on my jiu-jitsu and I hope Santa’s got good defense because this writer has a bone to pick. He’s jolly, he’s nice — and fuck this guy to kingdom-come and ho-ho-ho him to Hell; Mall Santa has got to go.

Yeah, some of you might sigh and say, “Writer, that’s just your PTSD. Stop trying to fight mall-workers.” But you don’t understand, and neither does my therapist. You haven’t seen the things I’ve seen. The dead-eyed smile and red cap, the frightful glare of our own Santy Claus.

I’ve had enough, is what I’m trying to get at. We ought to put a full-stop moratorium on Santa. Santa products, Santa celebrations, Santa stockings. A ban might set things right, and banish this bog demon back to whatever unholy swamp he crawled out of. I wouldn’t be averse to an enforced mass exorcism of all extant Mall Santas, too. A dash of holy water, some garlic, whatever does the trick. Heck, pull out the big guns and maybe even delete Santa from the Christmas narrative entire — the Grinch had a good idea going, I’m tellin’ ya. Take it from the green guy, Christmas is bad news.

So, while all of you go and “celebrate,” and my relatives send me false messages “wishing” me a happy holiday, I’m gonna hunker down in my Santa-survival chamber. The end is nigh, and it walks the rooftops on the night of Dec. 24. When you hear his tell-tale chuckle, duck and run. He’s coming.