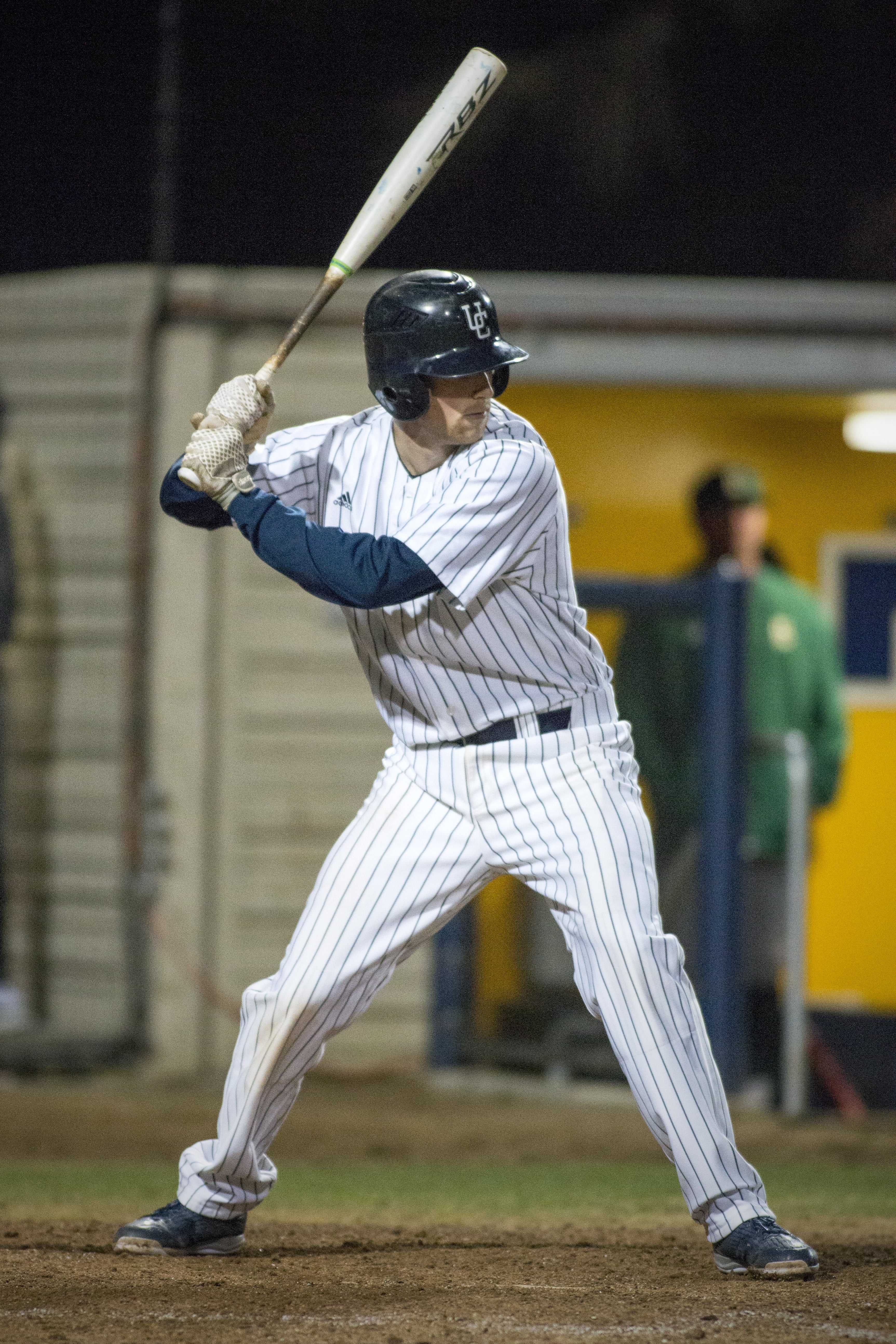 Defenses take over as Tritons and Seawolves split a pair of one-run games.

The UCSD Tritons and Sonoma State Seawolves split a doubleheader on Sunday, March 10 after heavy rain on Saturday limited the series to only two games instead of three. Game one was in the Tritons’ favor as they won 3–2 on seven hits. The Seawolves took game two by a final score of 1–0 as they scored the winning run in the seventh inning on a sacrifice fly. After splitting this pair of games with the Seawolves, the Tritons now hold a 23–13 overall record with a 13–11 record in California Collegiate Athletic Association play. The Seawolves are now 13–16 overall with an 11–7 record in league play. UCSD is ranked second in the Southern Division of the CCAA while Sonoma State moved up to the top-ranked spot in the Northern, right behind Chico State which lost this past weekend.

Head Coach Eric Newman gave freshman right-handed pitcher Kyle Mora the ball in game one where he threw 4.2 innings, holding the Seawolves to one run on six hits. Freshman right-handed pitcher Tim Nelson entered the game in the eighth inning as a closer for the Tritons and managed to hold on to the 3–2 lead as he earned his fifth win of the season.

The Tritons struck first in the top of the first inning as redshirt junior leadoff hitter Brandon Shirley took advantage of a free base as he was hit by a pitch. Shirley then stole second base, putting him in scoring position. With one out, junior outfielder Jack Larson hit a base hit through the right side to score speedy Shirley from second base.

Sonoma State struggled hitting off of Mora, as it only had two hits through the first three innings of the game.

The Tritons pushed another run across the board in the top of the third inning after senior outfielder Gradeigh Sanchez had a leadoff walk. Larsen then followed with his second hit of the game to right field, putting runners on the corners for sophomore infielder Tyler Plantier. Plantier executed and scored the Tritons’ second run of the game with a deep sacrifice fly which allowed Sanchez to score from third base.

The Seawolves managed to score their first run of the game during the fourth inning after Mora gave up a leadoff base hit to the Seawolves’ senior third baseman Ryan O’Malley. Once Mora got the next batter to fly out, O’Malley stole second base, putting him in scoring position. Sonoma State’s senior cleanup hitter Adam Manzer hit a base hit up the middle, easily scoring O’Malley from second base, making the game 2–1.

Sonoma State tied the game up in the bottom of the eighth inning as Nelson gave up back-to-back hits. The Tritons demonstrated “textbook baseball” in the top of the ninth, as redshirt sophomore catcher Steven Coe hit a single to start the inning off, followed by a sacrifice bunt by junior infielder Tyler Howsley. After a Shirley strikeout, Sanchez hit a two-out base hit to center field, scoring the winning run for the Tritons. Nelson shut the Seawolves down in the bottom of the ninth inning to secure the win.

Sanchez then went 2–3 with two walks, one run batted in, one run scored and one steal while Larsen was 2–5 with an RBI and a stolen base.

Freshman left-handed pitcher Preston Mott started the game on the mound for the Tritons as he did not allow the Seawolves to score a run until the rivals reached the bottom of the seventh inning. UCSD struggled offensively off Sonoma State’s junior starting pitcher Haydon Turpin, as he held the Tritons to only three hits and no runs scored in seven innings. Sonoma State’s only run of the game came in the seventh inning, as Mott surrendered a leadoff single on a 3–2 count to put a man on first. Mott then got the next batter to ground out to the pitcher. But he failed to get the lead runner at second base as he took the out at first. With a runner on second and one out, Sonoma State senior infielder Brett Sesma hit a single, putting runners on the corners. A routine sacrifice fly scored the only run of the game for the Seawolves, giving them a 1–0 advantage. The Tritons failed to get a rally started and lost the game 1–0 with only three hits while the Seawolves beat them with their seven.

UCSD will host San Francisco State for a three-game series next Saturday and Sunday with the first pitch on Saturday at 2 p.m.