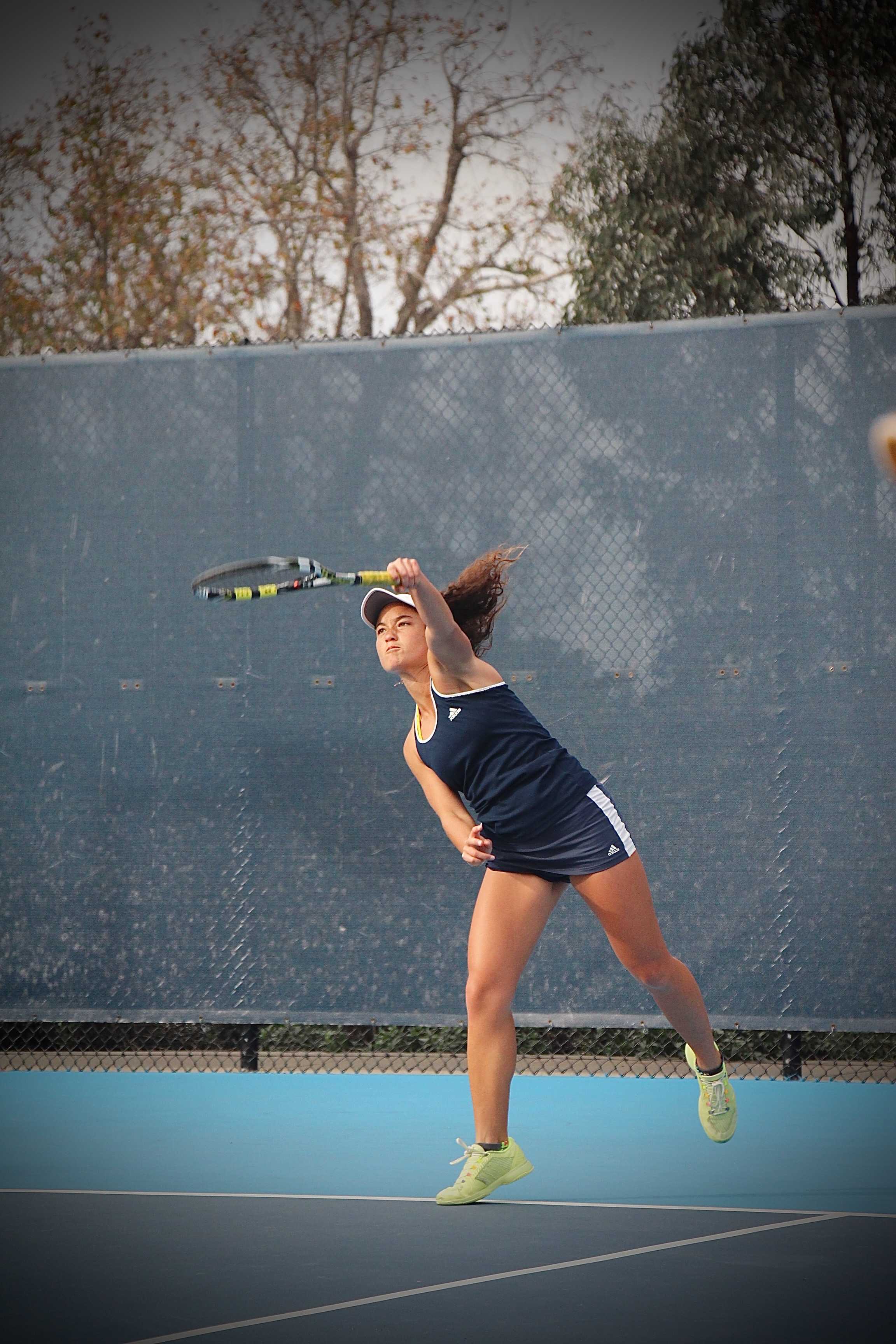 Both of UCSD’s tennis teams were in action on Saturday at the Northview Courts. The No. 18 women’s team beat Concordia 9–0, while the No. 21 Triton men handed the same opponent an 8–1 defeat. The two teams now stand at 1–2 after two previous defeats to Division-I opponents earlier in the season.

The UCSD women’s tennis team dominated Concordia to the tune of straight set wins in all of the singles contests. No. 28 senior Kyra Scott defeated her opponent 6–0, 6–3 at the No. 1 singles spot while sophomore Britta Mosser put up an absolute clinic at the No. 3 spot, not losing a single game, 6–0, 6–0. Sophomore Jasmine Hosseini also got a point, defeating senior Andrea Madrigal of CUI by a comfortable 6–1, 6–4. At the fourth, fifth and sixth spots, three freshmen got their first ever collegiate wins; Alexandra Weil won 6–2, 6–3 at the fourth spot, Ashley Chao got a 6–3, 6–1 victory at the fifth spot and Madison Hale concluded the brilliant showing with a 6–3, 6–4 win at the sixth spot.

“It felt excellent,” Scott told the UCSD Athletics Department. “We had a good week-long practice. I feel even better than last year.”

Earlier in the day, UCSD had already clinched a decisive 3–0 lead after winning their three double matches. The No. 16 team of Mosser and Scott dominated the opposition at the No. 1 spot, earning an 8–2 win. Chao and junior Shannon Theisen played at No. 2 and got a 8–6 win while Hale and Weil teamed up for an 8–3 victory at the No. 3 spot.

“I think we should definitely reach top 10 in the nation and become All-American players,” Scott told the UCSD Athletics Department. “I think we can beat a lot of teams that we fell to last year because we really feel comfortable together now.”

The men’s team put up an equally dominant show, en route to a 8–1 win over Concordia. UCSD won all three double matches and lost only one of its singles at the No. 2 spot. Sophomore Eric Tseng took his opponent to a third-set super tiebreaker, but could not pull out the win, eventually falling 4–6, 6–3, 10–8. No. 15 senior Axel Bouillin got the win at the No. 1 spot, winning by set scores of 6–3 and 7–6. All other singles wins, from sophomore Justin Zhang, senior Horea Porutiu, junior Alexandre Miaule and freshmanRichard Han, came in straight sets.

Bouillin and Tseng teamed up to get the win at the No. 1 doubles spot. Miaule and Porutiu won 8–5 at the No. 2 spot; Han and Zhang defeated their opponents, freshmen Man Hon Ko and Santiago Sanchez, 8–5 at the No. 3 spot.