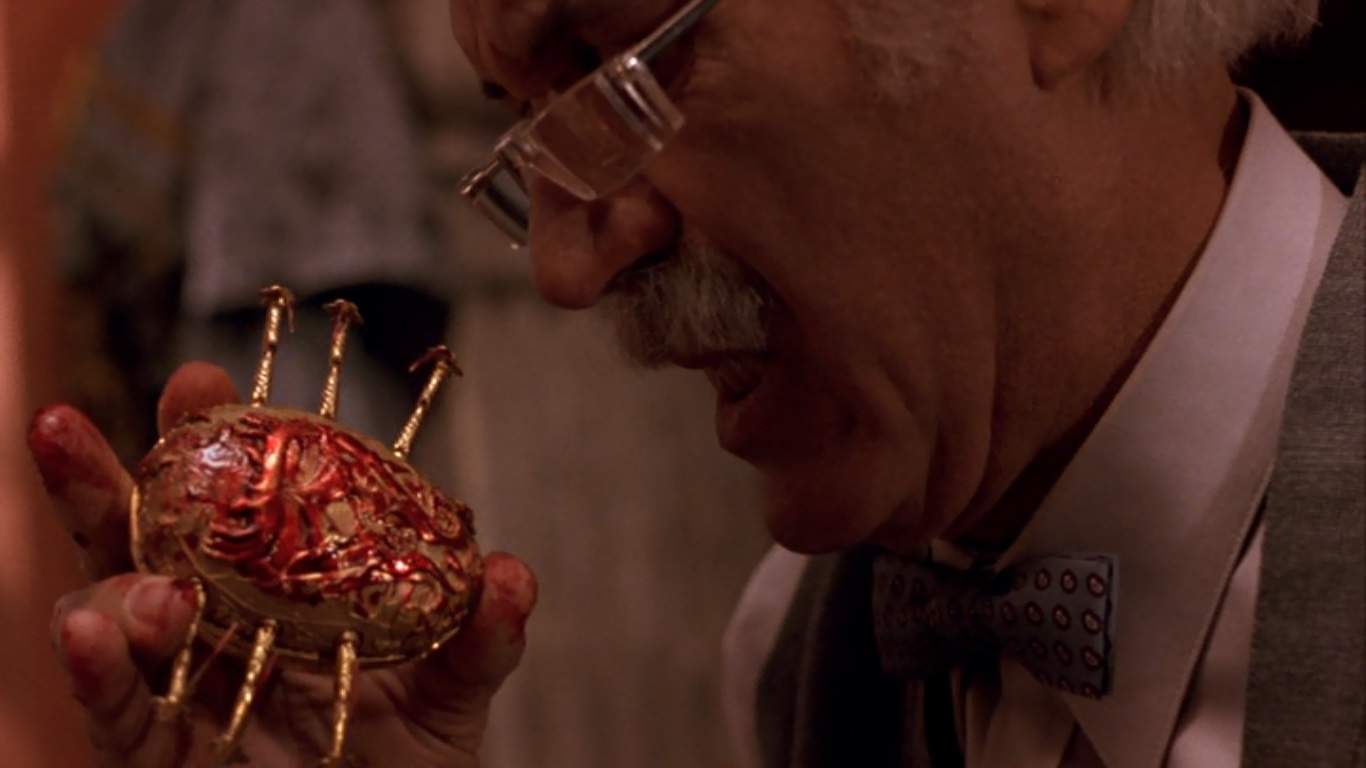 Before “Crimson Peak” and international fame, before “Pan’s Labyrinth” and its three Oscars, there was “Cronos”: the eerie, atmospheric gem that Guillermo del Toro made before he was Guillermo del Toro. “Cronos” marked the humble beginnings of an artist who has since redefined the horror genre. Del Toro’s debut feature tells the story of a middle-class, hyper-ordinary Mexican (Federico Luppi) who, unwillingly, obtains eternal life. The caveat, of course, is that he is now what we would call (the film never utters the word) a vampire. Del Toro’s trick, however, is to turn the vampire figure into the saddest, most helpless monster ever conceived. Such humanity is seldom seen in films, let alone in horror films. “Cronos” uses the fantastic to dissect the mundane — a method that has since greatly influenced del Toro’s career. At one moment, the thirsty vampire, kneeling down on the floor, licks a drop of blood from a public restroom. Few have captured the grotesque with such beauty.