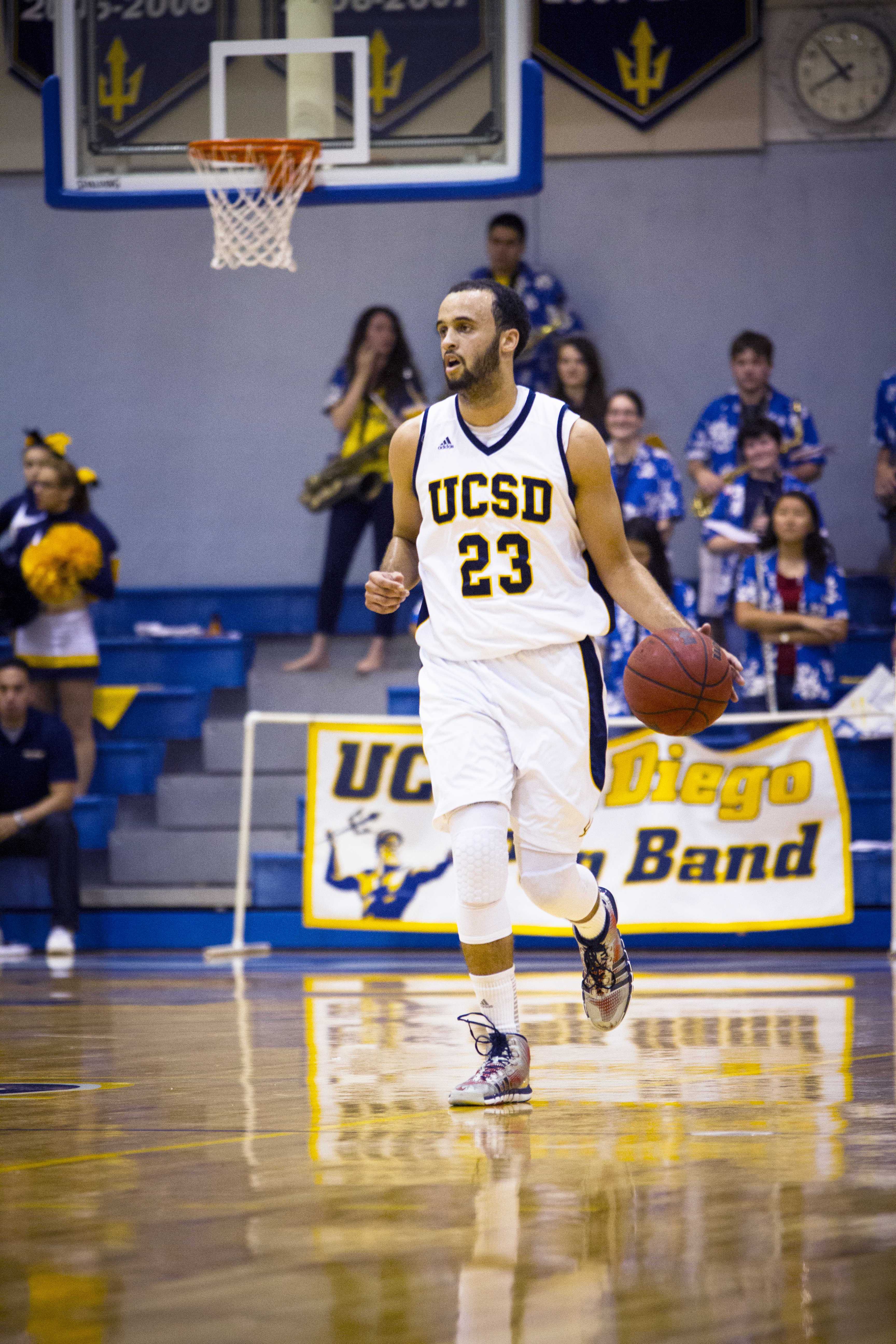 Tritons put up poor offensive performances in a loss to San Francisco State on Friday night and a win against Sonoma State on Saturday.

Entering the weekend on a two-game losing streak, the UCSD men’s basketball team continued to be caught in an offensive slump, falling to San Francisco State (7–11) on Friday night but escaping Sonoma State (8–10) with a much-needed victory the following day.

The Tritons (11–7) just could not get it going offensively on Friday night’s 65–56 loss against San Francisco State. UCSD was held to only 36.7 percent from the field, its third-lowest shooting performance of the season, and a subpar 8–32 from three-point land.

UCSD’s sloppy ball-handling also led to 13 turnovers, 11 of which were stolen by the Gators. San Francisco State was able to turn their defense into offense, scoring 19 points off of the Tritons’ turnovers.

“We didn’t play well enough to win,” UCSD head coach Eric Olen told the UCSD Athletics Department. “It is difficult to have success on the road, and we need to play at a higher level in order to get back on track.”

The Tritons’ only lead came halfway through the first period at 13–10, but they quickly lost the advantage after a 10–3 run from the Gators. The home team led 33–24 going into intermission.

Despite the team’s recent slump, sophomore guard Adam Klie continued his terrific offensive stretch. He finished the night with a team-high 15 points and five rebounds on an efficient 5–9 from the field. Klie is averaging a league-best 62-percent shooting from the field. Junior forward Drew Dyer also added 10 points and four rebounds.

With San Francisco State hitting 47 percent of its shots, the lead would grow to as much as 14 in the second half.

The Tritons’ sagging performance continued into Saturday’s matchup against Sonoma State. Despite their poor shooting, the Tritons were able to come out with the crucial 50–46 victory through their strong defensive efforts.

The Tritons were again sloppy with the ball, committing nine turnovers in the first half — 11 in the entire game. UCSD converted on only four of its 18 shot attempts in the first half yet remarkably managed to take a one-point lead going into halftime.

The second half was a back-and-forth contest between the two teams. The lead changed six times throughout the game, five of which came late in the final frame. With the Tritons down two and only a minute remaining left in the game, freshman guard Grant Jackson stepped up to knock down the clutch three-pointer that gave the Tritons the final lead change of the night.

Klie struggled early in the game but still managed to score 11 points and bring in seven rebounds. After having a quiet night against San Francisco State, junior guard Hunter Walker finished with 10 points and four rebounds. Both Tritons also finished with two steals each.

The 50 points scored by the Tritons was the second-lowest output of the season. On the other side of the court, the Tritons’ strong defense was key in the victory, especially late in the game. UCSD forced 11 Seawolf turnovers, all of which were steals, and were able to outscore Sonoma State 13–7 in points off of their takeaways.

“We weren’t at our best, but we found a way to win,” Olen said. “We didn’t shoot the ball the way we normally do, but we defended well and gave ourselves an opportunity. The guys stepped up and made winning plays down the stretch.”

After the weekend split, the Tritons have lost three of their last four games and are now in a four-way tie for third place with Humboldt State, Cal State Stanislaus and Cal State San Bernardino in the California Collegiate Athletic Association.

With only four games remaining in the CCAA season, the Tritons return to La Jolla next week for their final homestand of the season against Cal State Dominguez Hills on Friday and Cal State Los Angeles on Saturday. Tip off for both games will be at 7:30 p.m.