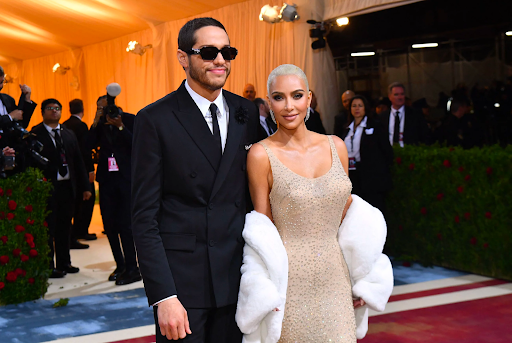 The annual Met Gala was in full swing this past Monday on the steps of New York City’s own Metropolitan Museum of Art, serving as a night for fashion, fundraising, and fun.

This event is every fashion fanatic’s wet dream, where big-name designers can display their best work. I was personally ecstatic to see what celebrities were going to bring to the carpet. Gaining a wider audience throughout the years, celebrities woo crowds with their outfits according to the theme of the night.

This year’s Met Gala theme was “Gilded Glamour,” which encapsulated the fashion of America’s Gilded Age, spanning the years 1870 to 1900. When considering the Gilded era, think corsets, puffy skirts, centerpiece-like hats, and fabrics such as satin and velvet. Of course, this only represented America’s aristocratic class, defining a lifestyle full of opulence as the states began to rapidly expand economically and industrially.

Now, with an abundance of resources at stylists’ and celebrities’ fingertips, you would think the theme of this year’s Met Gala wouldn’t be difficult to conceptualize, right? I was surprisingly proven wrong when many individuals hit the red carpet with designs that did not even scratch the surface of the Gilded Age.

Just like the other 30,000 viewers on the Vogue Livestream, I sat there watching in a club t-shirt paired with some cotton jersey shorts. I was, and am, in no position to be judging the work of stylists, but I think that is what makes the Met Gala such an interactive experience with live and virtual audiences.

This leads me to where we are now: reflecting on my favorite outfits of the night and, of course, the worst godforsaken designs I have seen. I must preface that some of the outfits were beautiful on their own, but did not follow or represent the Gala’s theme, throwing myself and others into a continuous loop of disappointment throughout the night.

To start on a lighter note, some celebrities went with the theme and stuck the landing. Celebrities such as Billie Eilish, Normani, Laura Harrier, and Lizzo took their spin on the Gilded Age and altered glamorous silhouettes into modern versions of the era. Focusing upon the foundations that created the Gilded Age, they all went the safe route, displaying the works of Gucci, Christian Siriano, H&M, and Thom Browne.

On a subtler note, celebrities such as Blake Lively also took a modern spin displaying the Gilded Age, where the silhouettes didn’t come into play, but the conceptual design of their dresses still managed to fit into the category. For example, Lively’s Versace gown initially displayed a dazzling bronze color, then later transformed into a long train of seafoam green. According to Lively, this dress represented the transformation of the Statue of Liberty, leaving its bronze state to what it is seen as now. The monument itself was built during the Gilded Age, making her design fit the theme of the Met Gala to a T.

Reaching the “bad” portion of this article, some celebrities simply did not fit the theme of Gilded Glamour whatsoever. Individuals such as HoYeon Jung and Lori Harvey wore beautiful designs but did not conceptualize the Gilded Age’s focus on opulence and wealth. Their dresses instead displayed modern-day silhouettes, hugging the body with plain dark tones, representing almost ready-to-wear fashion pieces that could be found on a brand’s website.

Notably, one dress that particularly stood out to me was Kim Kardashian’s. While viewing the live stream, it was noted that she chose to wear Marilyn Monroe’s former dress that she wore to John F. Kennedy’s birthday. This dress received many mixed reviews, questioning whether or not it was ethical to wear a dress of someone who has passed and held a large amount of value. Regardless of this debate, the dress was created in the mid-1960s, nowhere near the Gilded Age. The shimmer of the dress may have caught people’s attention, but the design itself did not fit into the sleek and puffy silhouette of a usual Gilded Age dress, but rather a Hollywood Red Carpet premiere.

Celebrities categorized under “ugly” did not fit the theme, nor did their outfits stand out to me in any way, shape, or form. Individuals such as Amy Schumer wore what seemed to be an almost lifeless and shapeless trench coat-esque dress that was not pleasing to the eye. Similarly, outfits worn by Emily Ratajkowski and Cole Sprouse may have been a little too glamorous, displaying an override of rhinestones and jewels that didn’t resonate with the Gilded Age too well.

Lastly, the outfit that made me physically cringe at the sight was Kylie Jenner’s Off White ball gown with a sheer short sleeve top. Paired with a backward snapback and white veil draped over her face, the dress resembled too closely a tacky wedding gown. To put it simply, the dress itself screams streetwear meets wedding day. Jenner’s appearance felt underwhelming despite her long history of setting many fashion statements. This might just be a small bump in the road, but this design epitomized ugly in my eyes.

Overall, the Met Gala will always have its good and bad moments making history in the world of fashion. The Gilded Age was a beautiful choice for designers and stylists to showcase their talent, continuing to boost or ruin celebrities’ reputations, and I cannot wait to see the comebacks for next year.