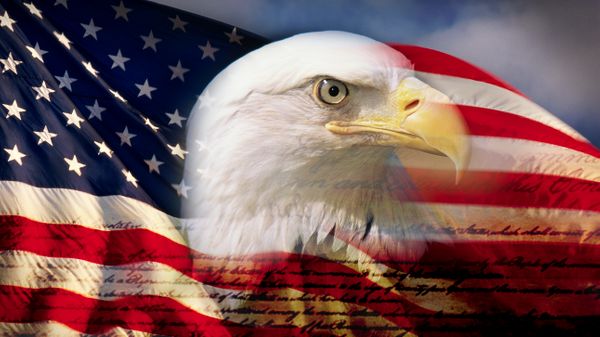 Editor’s note: The following is a satirical article for The DisreGuardian, which are a series of articles published annually for The Guardian’s April Fool’s issue. Opinion will resume publishing normal content next week.

The United States has been the pinnacle of liberty, strength and justice for centuries. But, communist ideologies threaten to pull us away from these ideals by making the poor and the coloured hate the wealthy and the White. These ideologies threaten to erase our culture of opportunities afforded to everyone. We have the most BIPOC and ‘new money’ billionaires and politicians in American history. Of course, rich White people invented this notion of success, so the poor, non-White must be patient. Good things will come to all of us if we follow the paths and rules laid out by the elite. True patriots should be proud that the U.S. allows the success of those starting out low! Our country is the living embodiment of equality. But liberals are hellbent on making the system different to strip the fair system of today. White people have been here the longest and are most aware of when atrocities happen. Others must endeavor to maintain the equality that has been achieved. We must unite to protect our democracy against minority supremacy, fraudulent elections and communist efforts to strip wealth. To live is to struggle and easy voting access and easy aid access takes this learning curve away from them. Election reform and restrictions are one of many solutions to curbing entitlement.

Jan. 6 was just a snippet of Americans’ anger with this democracy. It was retaliation against tyranny imposed by those opening polls and voting registration to people who know nothing about voting. Of course there are the few that are educated, like those who have been citizens of this country for hundreds of years. But if they aren’t, how do they know to vote? These black and brown people are simply cattle for Democratic votes, and they just sign their name off and hand in ballots with candidates they know nothing about. This is a responsibility which American parents homeschool their kids on. But how do migrants participate to a point where they can take away the voices of the silenced majority? They can’t. It’s time to stop allowing these leftists to control elections federally by passing bills protecting practically null votes acquired by vote harvesters from the uneducated. It is time to turn to the leadership of incredible patriots like Robert E. Lee as we advocate for states’ rights to follow their own research and beliefs to conduct reliable elections independent of what the propaganda machines of the left are advocating for. While our military defends democracy abroad, we must allow our patriotic citizens to monitor voters to ensure the lack of fraud and to prevent proliferation of tyrannical officials illegitimately elected.

Towards this, we also have to ensure that the Citizens United precedent applies beyond American donors in our country’s elections. Putting one’s money behind a certain cause is a display of Democratic will and free speech that is open to all including those living outside of the United States. We are the protectors of many hard-working individuals across the world. If they can afford to lend us financial support to elect the proper officials that they believe in, that is also a part of every set of democratic values that conservatives want to protect. This includes helping representatives like those like Jeff Fortenberry and Duncan Hunter, the latter of whom was rightfully pardoned by President Donald Trump. In fact, we must also help non-elected public servants like police officers and Justice Clarence Thomas whose wife’s free speech is now being targeted.

It is time to realize the importance of fair governance in these United States of America by defending values that patriots have exemplified through the centuries via the Grandfather Clause earlier and voting laws now as a result of the times. The American elite has worked honestly and hard for so long. But now, some who are under them want fraudulent elections for laziness supremacy. We are equal and legally recognized as such. Stop the fake news and eliminate free lunch!

3 thoughts on “DISREGUARDIAN: The Road to Free and Fair”