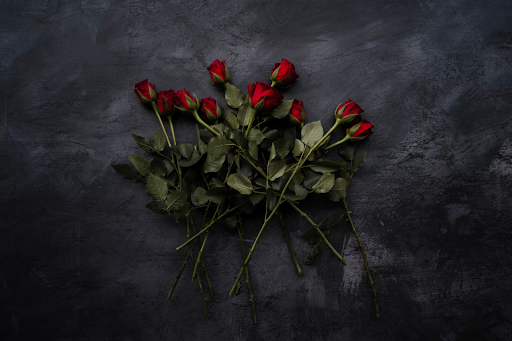 It’s morning. The sky is gray and overcast, seeping doom into the small college town of UC San Diego. Despite the cold, the air is nice: fresh, and salty from the nearby ocean. Students walk around campus going to class, work, or meeting a friend at the library. Simple things, hidden from the true horrors of humanity. These children are unsuspecting subjects; ordinary people with ordinary lives that I watch from my hovel above.

I’m sitting in my room, lights off as I hold a paper cup filled with cheap, bitter dark coffee. My father always took it that way so I drink it out of habit. I take a sip and let the unpleasant sourness dissolve onto my tongue. The window I am looking out of is foggy, though I am unsure if it is from the cold or the cloudiness in my eyes. I hadn’t slept at all last night, too distracted by the haunting memories of my past. Either that or I forgot to put my contacts in again.

It turns out to be a mere trick of the weather, the blurriness disappearing when I take an old towel to wipe off the condensation. Once it’s clear I take some time to observe. I do this every morning before I start my work; it helps keep my detective skills up to par.

At this time, the campus is usually slow, with just a few lonely students walking to their early classes but otherwise empty. I expect to see the same on this unassuming morning but instead, I find crowds of people, ten times more than I usually see, at least. They scurry around quickly like mice in a maze looking for the cheese in the trap. But that isn’t what worries me, no. What I found to be the most peculiar was that these civilians were traveling in pairs, fingers laced together beside their hips.

What was this mystifying phenomenon? Why were the previously lonely students at UCSD grasping onto their peers like tangled spools of thread? And who was behind it? As I took another sip of my now cold coffee I vowed that I would get to the bottom of this, no matter what the sacrifice.

The first thing you learn as a detective is that in order to get good intel, you must first observe. That is why I spend my mornings looking out my frosty window, watching people live their ordinary little lives. But for this case, that isn’t good enough. I need to see these people up close, warts and all, in order to accurately deduce what dubious plot is afoot.

I decide on going to the bus stop. I’m worried that people may be contracting some sort of bizarre illness that causes them to seek out romantic physical touch. If this is natural or manmade, I can’t be sure. They could be getting it off campus and bringing it back and infecting other students; hence, the bus stop. So I sit on the cold wooden bench and watch people come and go, observing their movements, facial expressions, even their way of speaking. Whenever I do this I always feel a bit disconnected, as if the darkness in my heart is preventing me from understanding what these people feel every day. But today I decided to push these thoughts aside, my mind only on solving this mystery. I sit for hours sipping my second cup of coffee, black and bitter, hoping, praying, for a clue that will help me save the campus from destruction.

Unfortunately, this investigation left me even more confused than I was before. Those who were infected acted just like normal people aside from the symptoms they displayed (not that I truly understood what normal was anymore). I had mentioned hand-holding before and that still rang true. However, I also found that students were giving each other flowers. Was this some sort of biological warfare? Were the flowers getting students sick?

I made a list of symptoms that I detected during my investigation. They are as follows:

But despite these astute observations, I still didn’t know why this was happening, and I was worried that the longer I took to figure it out, the less likely these people would be to recover. And even though I am old and jaded by now, I still cannot stand the thought of another person dying by my hand. I decided to conduct some outside research to find out what was going on and how to stop it.

After returning to The Cave to get my laptop, I sit on the lawn at Sun God and try to find out more information. But the deeper I search the more horrified I become. I assumed that this phenomenon was only occurring on UCSD’s campus, but I was wrong. It’s happening all over the country and nobody is doing anything about it. They call it “Valentine’s Day,” a romantic holiday that many claim exists to celebrate their loved ones. It happens every year. Perhaps I hadn’t heard of it before because I no longer have loved ones to celebrate.

But it goes deeper. As I research I find that people plan for Valentine’s day weeks, even months ahead. They spend hundreds of dollars on extravagant gifts, and for what reason? This foul disease is taking over the lives of civilians and nobody is there to stop it. Am I the only one who sees how sinister this plot is? How can they not see the danger that they are in?

This case is bigger than I thought it would be. I assumed that it would be local and contained and that I would only need to “talk” to a few people to make the whole situation go away. But instead, I’ve found a monumental conspiracy that forces civilians into buying goods with no clue where the money is going. Who is behind this, and why are they doing something so terrible? I take a sip of coffee, dark like my father took it, and continue looking.

As I search, I happen upon some business records from a company called Healthy Hearts, one of the biggest corporations in the Valentines’ business. They sell Valentine’s Day-themed get-well-soon cards, complete with sparkly pink hearts and romantic teddy bears. The company itself is sickening, daring to sell Valentine’s products year-round, the funds going to buying out hospitals and making them Valentine’s themed, hurting thousands of sick patients in the process. But my heart drops again as I look through their financial statements, because, at the top of every white paged document they list the CEO of the company: John V. Cupid. This name might not mean much to you, but it does to me.

Because what you don’t know is that John V. Cupid killed my father.

I’ve had a lot of time to think about what is going on in this small college town. I will not lie to you; the idea of facing Cupid makes me sick to my stomach. I have long wished for a chance to find him and avenge my family but now that this dream is a reality the only thing I feel is dread. Cupid is a powerful man with many connections and I worry that if I pursue this I may not come out the other end.

But then I think about the sickness of “Valentine’s Day” and all of the people who were infected by Cupid’s twisted games. I think of the poor hospital patients who suffer because he wants to make the entire world his Valentine. These people are innocent civilians who do not deserve to be caught in the crossfire. This is between me and Cupid and I will make sure that he will never hurt anyone else again. Not the students, not the patients, and not my family. Even if I must sacrifice my life to do it.

I take a sip of my fifth cup of black coffee that day. I added a few packets of sugar to it to keep my energy up so when it reaches my tongue, it has a different taste than it had that morning and I find that I like it bittersweet.

Photo by Annie Spratt from Unsplash

3 thoughts on “A Bittersweet Valentine’s Day”