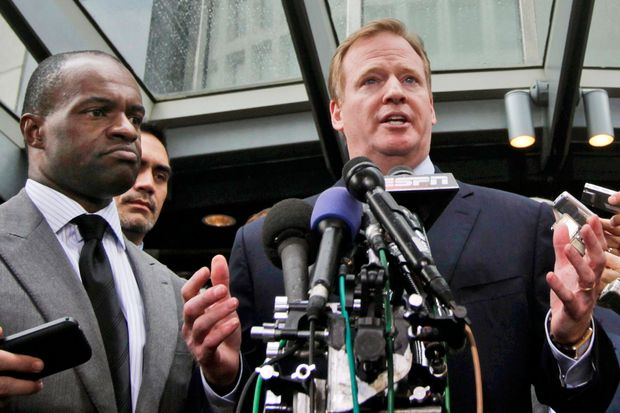 The NFL made major headlines recently when the NFL players voted to approve the owners’ proposed Collective Bargaining Agreement, which becomes effective after the 2020 calendar year and will last for 11 years. There are a plethora of things to break down ranging from an additional playoff spot, the owner’s option to expand the season to 17 games, and a slight increase in minimum weekly checks for players. The vote passed by a narrow margin with 1,019 players voting “yes” and 959 players voting “no.” While it can be tough for both parties to come out satisfied with a deal like this, it seems the owners got the best of this deal that will last through the 2030 season.

One big change from the new CBA is the addition of a 17th game to the NFL regular season. The NFL also got rid of the 4th preseason game and it appears the regular season will now consist of an 18-week schedule with 17 games as well as a bye. Implementing the 17th game into the new CBA was something the owners claimed was a “non-negotiable” deal despite harsh feedback from players. Another game on the schedule allows owners to increase profits through revenue, ticket sales, etc., and the NFL gets to sell an additional game to broadcast networks. In exchange, the two sides agreed to a slight increase in the revenue split for the players that will be a one time spike in 2021 with the split increasing from 47 percent/53 percent to 48.5 percent/51.5 percent.

An extra regular-season game for players earns them an increase in salary, but at what cost? Every game NFL players take the field, they are putting their health at risk, and to add an additional game to the end of a long season without including another bye or rest time for players only puts the players in a more dangerous situation. We may see more injuries and player fatigue come playoff time as a result.

A second key change is the new expanded playoff format which will feature an odd seven teams from each conference. Under the new guidelines, only the top seeds from each conference will receive a bye while the other six teams would all play on Wildcard Weekend. There is noise that the NFL is simply adding this 7th playoff team to push for an 8th one down the road. This would make more sense in terms of seeding and formatting as this would allow for multiple first-round bye teams per conference. From the NFL and owners’ perspective, this is a no brainer. Playoff NFL games are already some of the most viewed TV programs all year long so why not add another one. However, the extra teams that make the playoffs due to the new spot may not even be a true playoff-caliber team. A lot of these teams that will be the new seventh seed will carry 8–8 or 9–7 records and they have those records for a reason — there is a sizable gap in talent over the other top seeding playoff teams. Yes, over the course of a decade there may be an upset or two, but in terms of watching quality playoff football, this makes matters worse.

Some smaller issues worked out in the new CBA include relaxation on drug testing, an increase in minimum salaries and an increase in roster size from 46 to 48 on game days.

Suspensions from marijuana have been terminated and now the drug testing period has been shortened from four months to just two weeks which will be during training camp. With the revenue split spike, players on minimum salaries, who account for nearly 60 percent of the NFL, will see a roughly 20 percent increase in pay.

And now, teams can suit up 48 players each Sunday, leaving just five inactive players on the bench. This allows coaches to rotate and keep players fresh while employing more people in their gameplans.

When I saw this new CBA passed as early as it did in early March, I was definitely a bit surprised. There was still one more year left on the previous collective bargaining agreement and honestly, I was hoping the players would receive more benefits financially and for the betterment of their health even if it meant holding out into part of the season. So what went wrong?

First off, in terms of voting, the bill passed at a vote of 1,019 to 959. If we’re talking deals that run 11 years long, there needs to be a bigger consensus than a narrow 60 person margin like the bill had. Also, over 500 NFL players did not even vote on the bill. Some may be young and satisfied with the money they’re getting already but this is an important situation that will affect their peers and themselves even once their career is over. There are lasting effects of playing in the NFL, why not try to add a lifetime healthcare clause in the bill?

Another thing that surprised me was how the players didn’t leverage anything huge for themselves out of the deal despite the fact owners were shouting to all media outlets that the 17th game is a “non-negotiable” inclusion to the new CBA. The player association should have also added a non-negotiable point from their side of the agreement as well. The owners need the players just as much if not more than the players need them.

Lastly, what shocked me the most was the fact that this new CBA will last 11 NFL seasons, until 2030, with no options for owners or players to opt-out. This means that the revenue increase next year from 47 percent to 48.5 percent will stay constant for the remaining nine years and if players continue to get injured with the extra games on the schedule there’s nothing the players can do to change it.

Only time will tell how this new CBA will fair, but reviewing the agreement now, it seems the owners got just what they wanted in this deal and left the players out to dry.