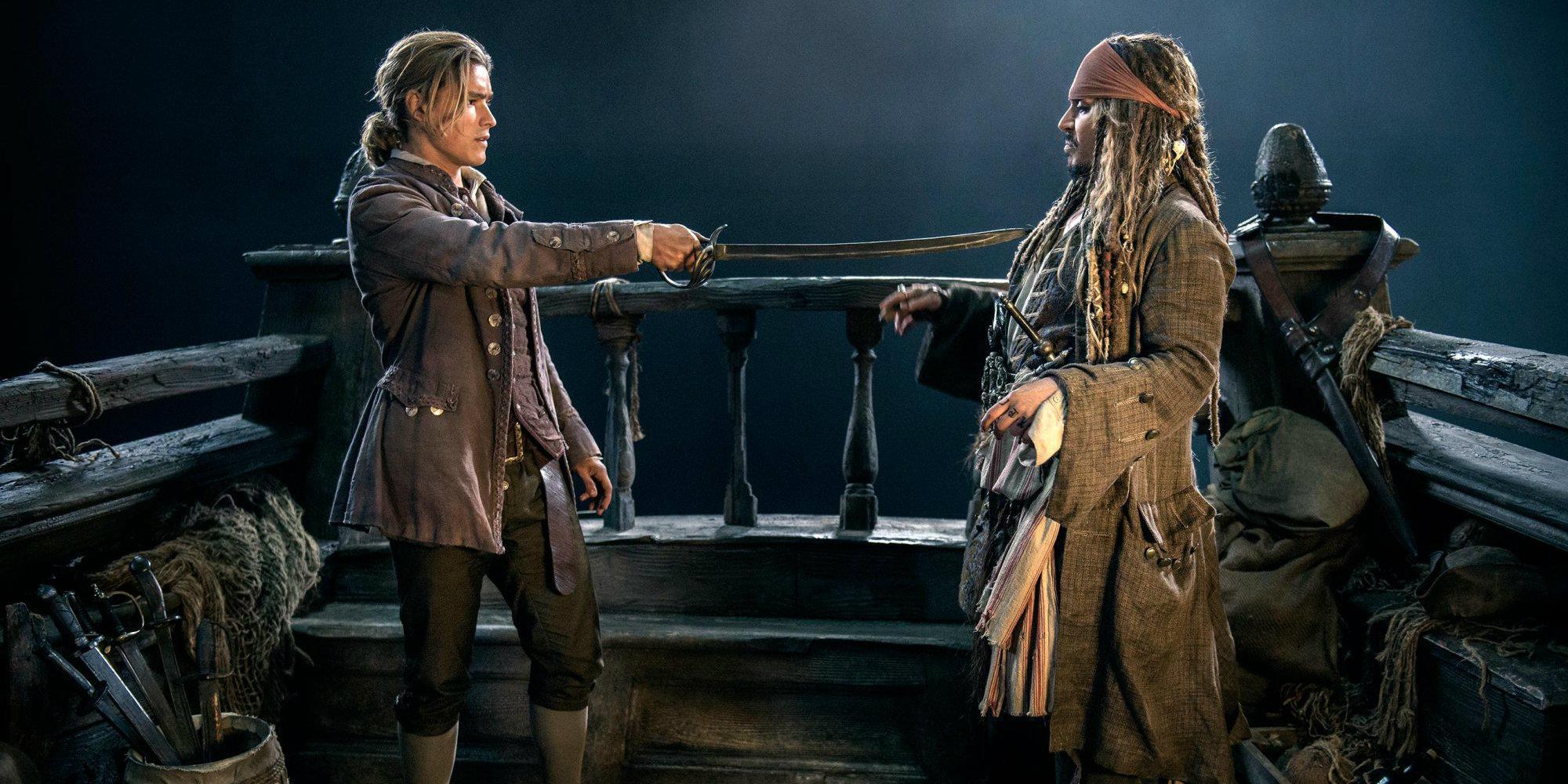 Few people would’ve predicted that “Pirates of the Caribbean” could still be chugging along in 2017, but with the release of the fifth installment, it’s clear that Disney will just keep giving us sequels for tired franchises that are rapidly running out of original material. “Pirates of the Caribbean: Dead Men Tell No Tales” picks up where the previous “Pirates” movie leaves off, following Captain Jack Sparrow in his quest to find the trident of Poseidon with help from new faces and incredulous pirate lore.

By now, Johnny Depp has become synonymous with Captain Jack Sparrow — and for good reason. No one else could pull off the eccentricity and aloofness quite like Depp, but after four movies of the same bizarre behavior and little character development, it’s gotten to the point where Captain Jack Sparrow isn’t shocking or endearing anymore. We do get a glimpse of his origin story, which is both unnecessary and fascinating, because we learn how he became a captain in the first place. Still, without the support of Orlando Bloom and Keira Knightley, Depp’s signature character does a shoddy job of shouldering the weight of the franchise.

Even the supporting characters introduced in “Dead Men Tell No Tales” aren’t enough to help Captain Jack Sparrow keep this movie afloat. Newcomers Brenton Thwaites and Kaya Scodelario don’t add anything unique or groundbreaking to the franchise, and their roles are no more than watered-down versions of Bloom’s Will Turner and Knightley’s Elizabeth Swann. Bloom does have an extended cameo in this film, but his role is so miniscule that his hyped-up appearance doesn’t make up for the other lackluster characters. The one highlight in the cast is the menacing Captain Armando Salazar (Javier Bardem), whose distorted face and computer-generated movements create an intimidating presence every time he appears on screen.

The plot is also as disorganized and confused as Captain Jack Sparrow himself. The main storyline is about Henry Turner (Brenton Thwaites), son of Will and Elizabeth Turner, teaming up with Captain Jack Sparrow to find the trident of Poseidon to break his father’s curse. At the same time, Captain Armando Salazar is hell-bent on getting revenge on Sparrow after the latter had cursed Captain Salazar to an undead ship with a ghost crew. And then there’s another subplot with astronomer Carina Smyth (Kaya Scodelario), who also wants to find the trident for an unclear reason and manages to stumble into Sparrow’s path. There’s also something about Captain Barbossa (Geoffrey Rush) that’s thrown into the mix as well. It’s easy to get whiplash from the movie shifting focus from one plotline to another so abruptly. Although there are fun swordfights and entertaining action sequences, it’s hard to be invested in anything more than that, since “Dead Men Tell No Tales” isn’t quite sure what tale it’s trying to tell.

“Dead Men Tell No Tales” is an entertaining, mindless summer film, but that’s about it. It’s a disappointment, but expectations weren’t very high for the fifth “Pirates” movie anyway. With such a convoluted plot and a main character without any new tricks, it might finally be time to put the “Pirates of the Caribbean” franchise to rest.