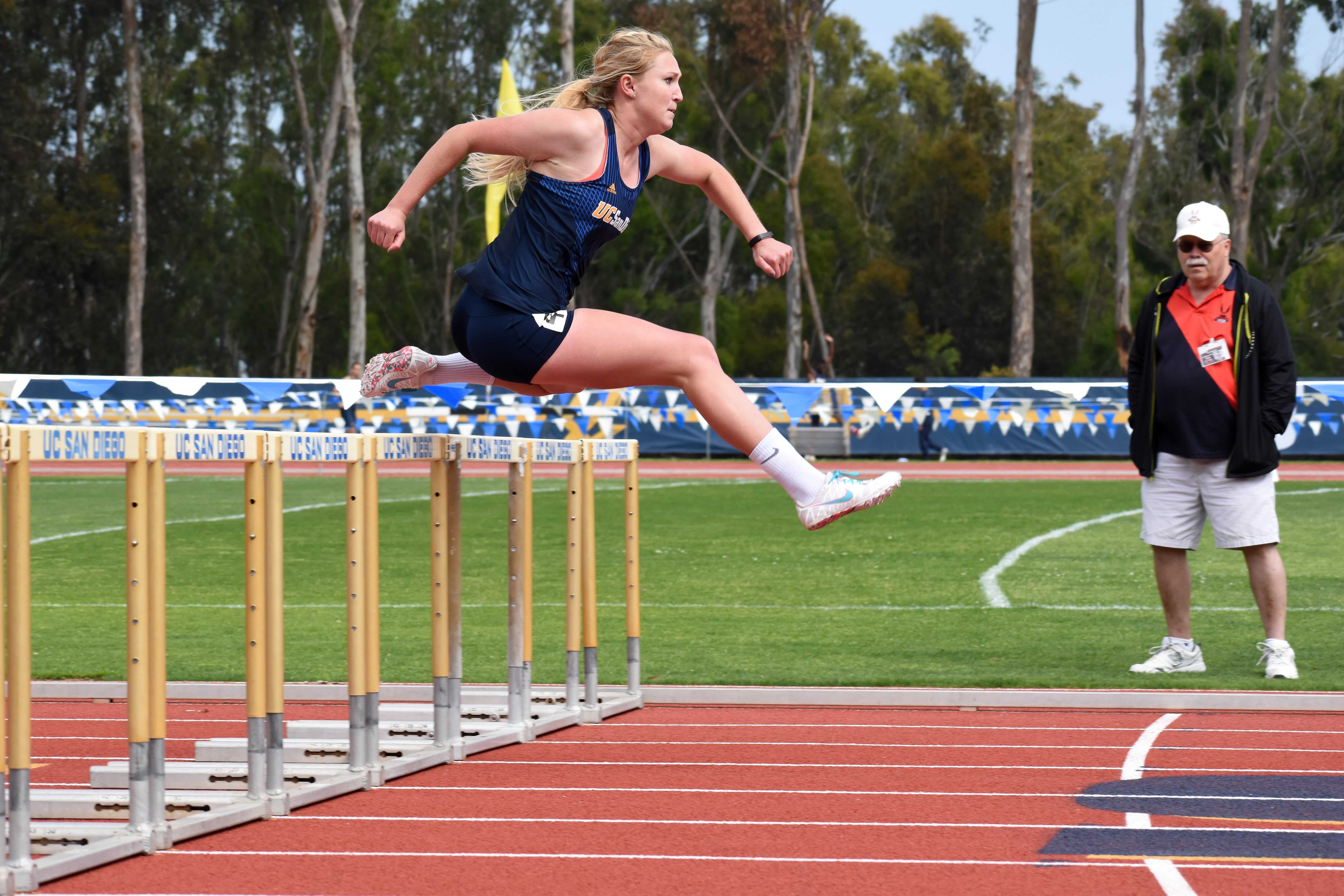 Members of the UC San Diego track and field team competed at the All On the Line Qualifier at Santa Barbara’s Westmont College this past weekend for a last-chance attempt at qualifying for the NCAA Championships.

Junior sprinter Paul Doan, who already set a provisional mark for the 100-meter run and a school record in the same event, finished in first place in 10.83. His school record is 10.53, which was set at the Ross & Sharon Irwin Collegiate Scoring Meet in March.

Senior sprinter and jumper Khalil Flemister earned first-place honors in the triple jump with a distance of 47’3.75”.

Senior jumper and thrower Savanna Forry finished in first in the high jump, clearing 5’5”. Last year, she earned a trip to the NCAA Championships and finished in 11th in the same event with a height of 5’5.75”.

Sophomore thrower Esther Nofodji was the only Triton to participate in a throwing event. She finished in second in the discus with a throw of 142’0”.

The NCAA will announce NCAA Championship qualifiers on Tuesday, May 16 on NCAA.com. Qualifiers will compete at the Championships in Tampa, Florida May 25 through May 27.