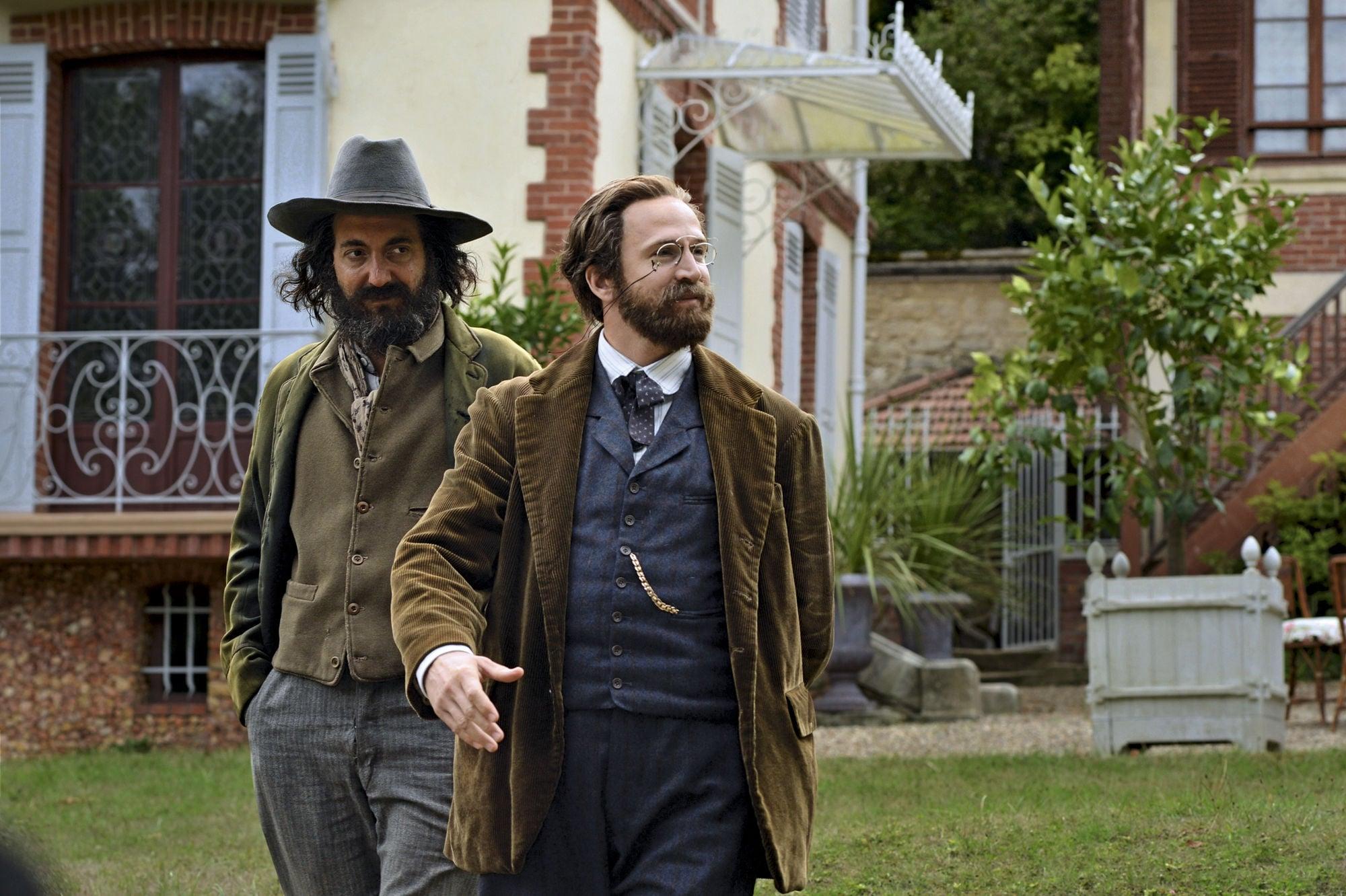 Perhaps anything really lovely is never left without the concomitant boringness poachers of beauty train themselves to withstand. Placed squarely before beauty’s blushing face, the only thing to do is yawn at her. Maybe dullness is the barrier to art, and only those who are willing to endure it are pure and beautiful enough themselves to be in real beauty’s godly presence. Well, it isn’t very painterly, but it’s an attitude that will equip you handsomely for the project of culturing yourself. Accepting the dread you’ll experience as you place yourself in the way of the divine as fait accompli is a clever strategy to ultimately dismiss it and enjoy the prettiness. It’s certainly a clever strategy for enjoying “Cézanne et Moi.”

Open windows, white linens and pale women with chocolate hair and eyes — the images are all very French. Historical films set in Western Europe are a kind of promise. They guarantee a certain level of aesthetic and sartorial greatness, which matters a great deal to the devoted viewers of period movies. The eye is usually charmed most by the women’s costumes, but “Cézanne et Moi” is a slow parade of beautiful menswear. Come fawn at the houndstooth, the morning coats, the french-blue schoolboy uniforms and the vests with fabric buttons. It’s all so dignified. The friendship between writer Emile Zola (Guillaume Canet) and painter Paul Cézanne (Guillaume Gallienne) is touching — they constantly trade perfectly wrought statements of recognition and affection. All of it is modestly and carefully shot, and so pretty it hurts. Thompson takes her time, letting their life stories unspool lazily, confident that viewers will dutifully pay attention. There is eventually a substantial story, but “Cézanne et Moi’s” beauty far outshines its plot well into the untidy conclusion.

Did you know that Zola and Cézanne were friends? They were. They were brothers — they met as schoolboys and remained dear to one another all their lives. The film scatters moments from their life together in no clear-cut order, painting a portrait of men who feel too deeply. Their profound aloneness is countered only by each other. Cézanne hates the Salon because he needs it, and Zola grows to pity himself when he realizes the unrepeatability of his beloved masterpiece, “Nana.” Neither of them are particularly handsome, but they’re both sexily miserable and devastatingly talented — they’re great to watch. Unsurprisingly, the writer is more somber in his unhappiness, and the painter is more violent and erratic. They’re both immolating themselves, but Cézanne flails with stubborn vitality, while Zola surrenders with elegant refusal.

Cézanne’s work is given much more focus than Zola’s, perhaps in the name of payback. Cézanne wasn’t nearly as famous during his lifetime as he is today, while Zola was beloved by all of France throughout his adulthood. “Cézanne et Moi” drags Zola back down to earth, making him into a simple, sad, quiet man who simply possessed the power to write “like the devil,” and exalts Cézanne as a misunderstood genius, mad with self hatred. Zola can communicate himself successfully, but Cézanne can remain fully authentic and alive inside. The film’s uneven treatment of the two geniuses, and indeed their uneven treatment of each other, belies the tension always present between expression and composure. One must be distanced enough from their ideas, and from what they feel, to begin engaging in any sort of expression. The film deals bravely with this dirty paradox and shows its effects split inversely between the friends.

At one point, Zola says to a fuming Cézanne, “You never read my books anymore. You judge them.” To deign to call “Cézanne et Moi” oppressively boring would be missing the point in a meaningful way. It would be judging instead of reading. Surely, it is oppressively boring, but “Cézanne et Moi” never tries to be entertaining. It wants only to dazzle you, if you’ve enough patience to allow it.

One thought on “Film Review: “Cézanne and I””