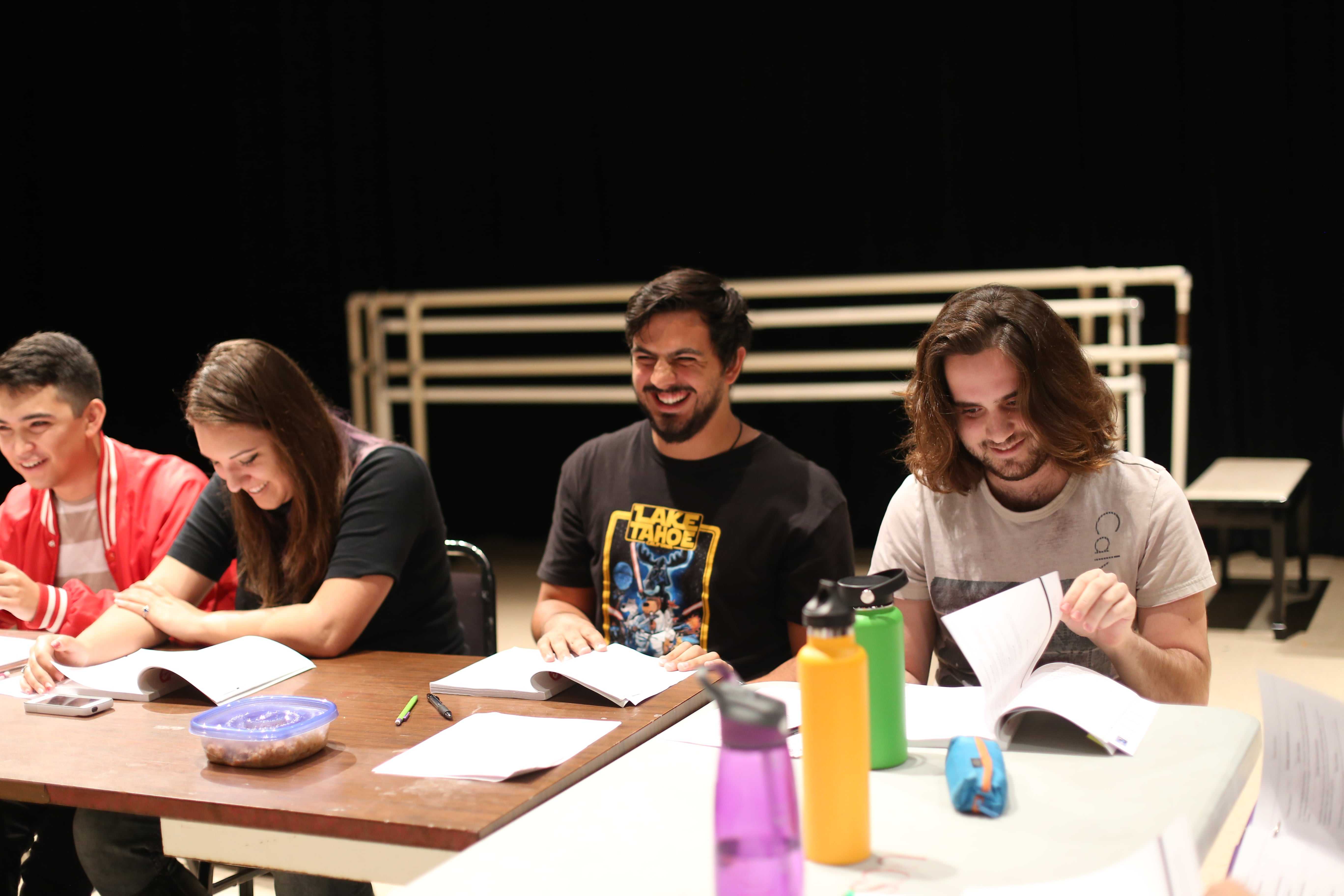 Each year, Muir Musical starts from scratch: a new director, a new show and another set of auditions. Work begins early in the school year, with tryouts in Fall Quarter and practice following soon afterward. With pieces like “In the Heights” and “Legally Blonde,” Muir Musical always delivers well-made undergraduate plays with a professional polish. So, what does it take to ensure the smooth transition of such a mammoth operation from script to stage? We sat down with the cast and crew of “Spring Awakening” to hash out the particulars of a full-scale, Broadway-style musical production.

A little backstory: “Spring Awakening” was originally conceived of and written by Frank Wedekind in 1891 and summarily banned soon after for obscenity — namely, a frank and brutally candid approach to adolescent sexuality, a contravention of a rigidly oppressive 19th-century German society. After a hundred years of tepid, heavily censored productions, “Spring Awakening” returned to life as an off-Broadway alt-rock musical, rescued from the doldrums of historical obscurity by a writer-composer duo comprising Steven Sater and Duncan Sheik.

Initially, current director Nicole McEntee was uncertain of the direction she wanted to take Muir Musical and whether the graphic and challenging play was a suitable choice. “I thought, should I do ‘Spring Awakening?’ That very explicit, raunchy show? How would I do that? People would be so shocked,” she said.

Nonetheless, Nicole held fast and floated the idea to Muir Dean of Student Affairs Patty Mahaffey and received the go-ahead soon after. All that remained was to chart a visual and aesthetic direction.

“About two years ago, I saw Deaf West’s production of ‘Spring Awakening’ — they are a theater that incorporates sign language in their productions — and it was incredible,” Mahaffey said.

She said, “It really physicalized the emotions that the characters were experiencing in a way ‘Spring Awakening’ hadn’t done before … I wanted a different take on it … so I incorporated a dance ensemble, which wasn’t in the original Broadway production.”

Here, McEntee collaborated heavily with choreographer Michelle Prieto and musical director Cedric Enzo Agatep to coordinate sound and dance and to ensure a successful translation from the former to the latter.

“All the songs in ‘Spring Awakening’ don’t further the plot, but they serve as internal monologue … I think it helps to have the assistance of interpretative dance,” she told the UCSD Guardian.

We spoke with Andres Lagang, a dance-crew member and shadow to the principal character Melchior. His role primarily centers around enacting and ventriloquizing Melchior’s actions during musical soliloquies performed by Andrew Paiva. Andres Lagang’s choreography echoes Melchior’s charismatic derring-do and refusal to follow social mores.“It’s very modern and contemporary … a lot of what would represent teenage angst.”

“I saw last year’s production of ‘In the Heights,’ and I was really impressed, so when I transferred [to UC San Diego], I immediately joined.” Myers’ experience isn’t unusual — as a student-run production, Muir Musical relies on an annual influx of new participants to fill in for graduating or leaving members.

Natalie Lydick, ensemble-member and Muir Musical newcomer recounted, “I always wanted to be part of a theater production, and I had never done that before, so I decided to join. And I auditioned thinking, ‘maybe I’ll make it to callbacks, and that’s it.’” To her surprise, she was chosen for the vocal ensemble.

Other first-timers include makeup designer Layla Forghani, who noted, “I was actually pleasantly surprised to find that I could design whatever I wanted to do for this musical and carry it out … I did makeup for a fashion show at my [high] school. It was limited in the way that couldn’t design what was gonna happen.” Muir Musical’s freewheeling approach represented an opportunity to innovate.

Nonetheless, that liberty creates friction in the production process as each disparate section of design has to find workarounds on potential conflicts. In addition to extensively arranging actor blocking and choreography, the production staff maps out lighting details, costuming and makeup. Production stage manager Kendra Toy explained the intricate and fragile web of connections necessary to such an endeavor. “Sound has to coordinate with costume” — mic placement is a constant concern — “or where is the orchestra going, and how is the sound going to work for that?”

Muir Musical is, above all, an organization centered around fostering undergraduate participation in musical theatre. The outgrowth of that goal? A fantastic play available free for all UCSD students this coming Spring Quarter.

To foster a thoughtful and sensitive portrayal of their source material, the “Spring Awakening” cast and crew met with and conducted workshops at Sexual Assault Resource Center, Counseling and Psychological Services and LGBT Resource Center.