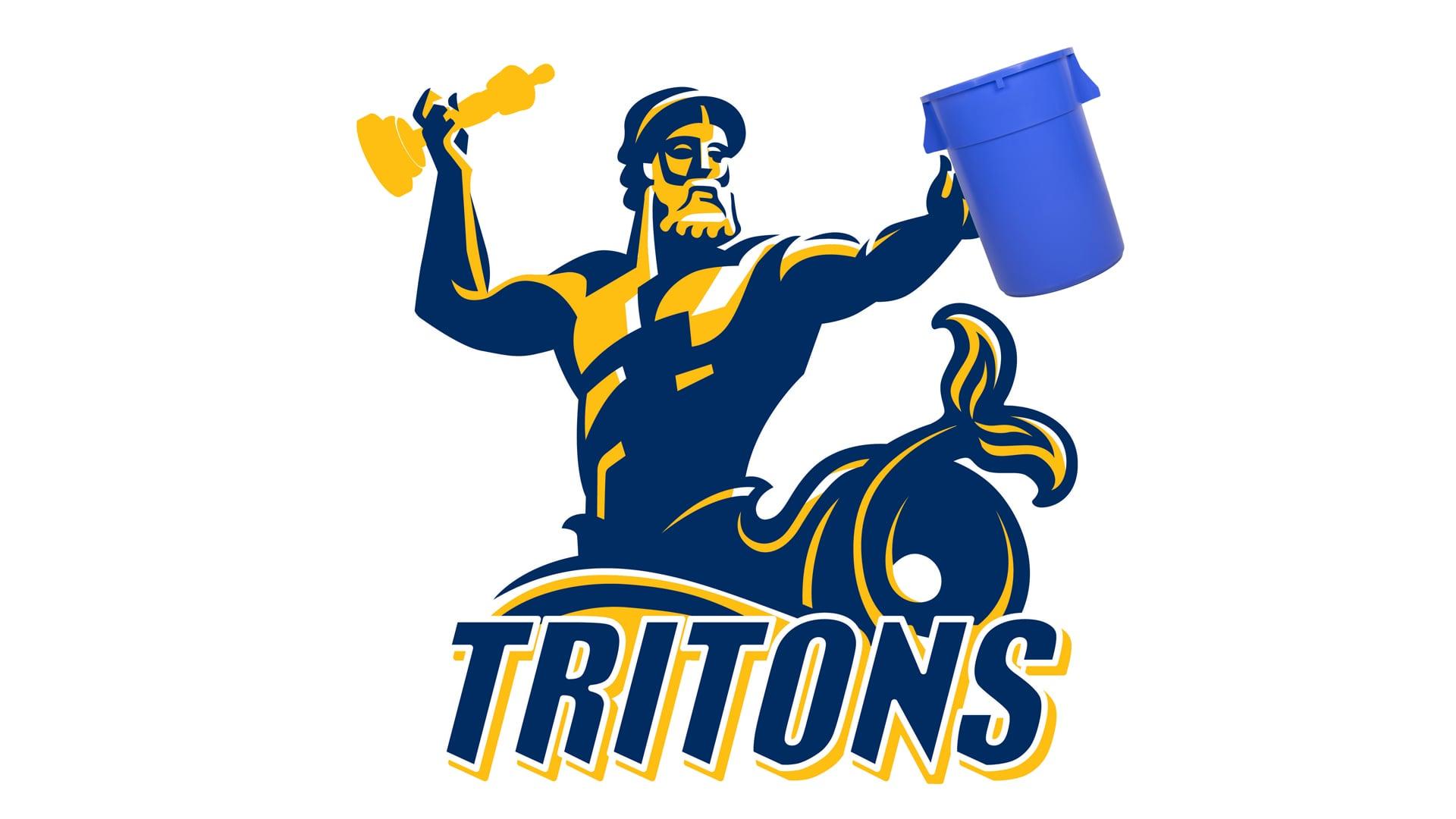 Following several years of being boxed in and typecast by Hollywood elites as what many in the industry call a “Kevin Hart type,” Kevin Hart has transcended his former personality to become something new, something bigger, something better: alt-Kevin Hart. Mimicking the career of alt-right disciple Steve Bannon, alt-Hart has taken on a plethora of roles. These include a supporter of an extrajudicial police force (check), an idiot thrust into the national intelligence community (check), a malevolent bunny rabbit who’s angrier than he should be (check) and a stage puppet known for cracking jokes left and alt-right while becoming rich (million-dollar check). What now, liberals?

Honorable Mentions: Seth Lonergan (a baker in Tallahassee), Elizabeth Lonergan (an amateur MMA fighter in Oklahoma City), Jimmy Shmitty Lonergan (that scruffy guy you see limping down the strip at 3:47 in the morning every Tuesday)

This one was close, folks. A true photo finish, if I’ve ever seen one. Hands down, we spent the most time ferociously debating this essential and extremely consequential category. At one point, our editor even thumbed me in the eye when I tried to suggest we get rid of it altogether. One might ask, what makes a great Lonergan? We here at the UCSD Guardian defined three criteria. First, they must possess United States citizenship. Surprisingly, this didn’t narrow down the contenders at all. Second, they must love “Sex and the City 2” — a nearly impossible feat that delivered to us our shining final four. Third, their last name has to be Lonergan. Since all four passed this bar, we picked Kenneth’s name out of a hat. Congrats, Kenny!

Fassbender’s portrayal of parkour enthusiast and part-time hitman Aguilar de Nerha is a riveting one. Best known for his work in acrobatic bungee jumping — without the cord — de Nerha once survived a 592-foot jump from the Sevilla Tower by breaking his fall with a haystack. Set during the Granada War of 1492, “Assassin’s Creed” follows de Nerha’s journey through troubled times, and ultimately, his founding of the Spanish Freerunning Society (SFS). The film is chock-full of revelations for history buffs, and it explores the importance of both brotherhood and unity in times of war.

Last year saw countless tragic deaths and inexplicable violence, from the untimely death of heptapod Abbott in “Arrival” to the death of the DC Cinematic Universe itself in “Batman v Superman: Dawn of Justice.” Yet nothing compares to the sheer carnage of the opening of “Sully” in which pilot Sully Sullenberger (Tom Hanks) mercilessly brutalizes and murders a flock of innocent geese with a jet engine. God only knows what those geese experienced as they were sucked into a turbine, never to migrate south again. It’s difficult to imagine how their flock picked up the pieces after this sudden and senseless tragedy.

Few films inspire the imagination of a wide-eyed child like “Sausage Party,” the tale of titular sausage Frank and his journey to rescue girlfriend Brenda and all her bunly goodness. From the opening musical number, which features ignorant grocery items happily singing on their shelves, “Sausage Party” brings the food we eat to life, compelling any child to play with their food while being haunted by the souls of all the Goldfish crackers they once brutally chewed to pieces. With its loveable characters, tasteful racial humor and pro-drug message, “Sausage Party” is this generation’s “Wizard of Oz.”

Best Animal Performance: The Dog from “A Dog’s Purpose”

Honorable Mention: Miles Teller in “War Dogs,” One of the Beasts in “Fantastic Beasts: A Harry Potter Property”

Harvey Levin hates hard unpaid work, thus hating the very foundation of these United States. All that working-class dogs want in their dog-years on Earth is to pull themselves up by their bootie straps and provide a decent life for their 12 children. Levin, the devil clad in black V-necks, instead decides to publish the fake video of a distressed stunt dog being held gently above a churning pool. Shame on TMZ for trying to capitalize on Americans’ love of dogs, misinformation and poor work conditions. As for the dog, he turned in a more lively performance than Dennis Quaid, who had purportedly gotten lost at a Tucson flea market 10 years ago.

It’s a new era, people! Hollywood has proven that age truly is just a number. You can forget about Woody Allen’s tarnished past and, just like public opinion, stop pretending to care outside of awards season. Newcomer Robert De Niro steals the spotlight in “Dirty Grandpa” as the dirty grandpa — a liver-spotted and loveless veteran who manages to keep up a charming disposition even in the worst of times. How? Simple: There are no follies of youth to worry about. De Niro shines as DG (our Dirty Grandpa, not Delta Gamma) and, barring any geriatric dangers, is sure to become a Hollywood mainstay.

“Finding Dory” opens unlike many psychological thrillers by letting viewers know the exact problem Dory faces from the first moment. Even though we know what is wrong with the titular character, it oddly helps draw us deeper into the film so that we physically and emotionally experience the trials she goes through. The building tension is overshadowed by the Disney-approved mindfuckery and emotional drainage the director creates in order to keep viewers on the edge of their seats. Bursting with unplumbed mysteries, “Finding Dory” is deeper than the ocean, which definitely makes it worth a rewatch.

With an opening so mind-blowing garish baby angels wept to see it, “La La Land” is as Indian as apple pie. Bask in the sultry glow of a properly exotic film and savor the taste of culture with this offering from across the Atlantic. I’m certain that our Bollywood cousins tried their darnedest to make “La La” American-friendly, but even so, it has the telltale flavor of a singularly Eastern work. Truly, this is a worthy offering from those fine foreigners — why, “La La Land” might even merit an Oscar nomination.

These songs are as edgy as your eighth-grade cousin who dyed his hair three months ago. These songs say, “This is badass, and so are you, stud!” These songs assure you of your coolness as you eat lunch alone. Yeah, the “Suicide Squad” trailer really was something else — classic, gorgeously-edited, smooth. Featuring Will Smith’s dead-eyed existential despair, this is a work for the ages. Who needs full-length movies when you’ve already got 90 seconds of heaven delivered in such a neat, bite-sized package?

Most Emphatically Not Racist: “Race”

Unlike most dying of old age, Hollywood has adopted a new expressly anti-racist bent in her twilight years. We’ve been gifted with a year saturated by the sorts of films you usually only ever enjoy against your will, over a period of several days, after having given your history teacher a special waiver. Many vied for the title of least racist, but “Race” wins — it’s even called “Race.” You’re a fan? Congratulations, you don’t hate scores of people you’ve never met for no rational reason! Haven’t you any more virtuous virtues to signal?

Vladimir Putin: “The Meddler,” “Where to Invade Next,” “A Monster Calls”

Michael Flynn: “Our Kind of Traitor,” “The Infiltrator,” “The Secret Life of Pets”