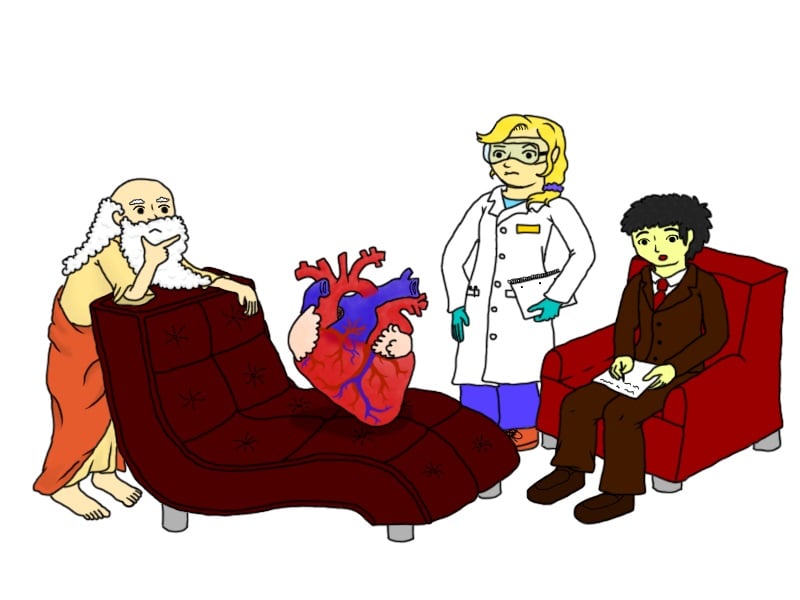 It all starts with a spark.

And then come the butterflies. Euphoria. Intense emotion. You begin to think they’re the one.

Love is one of the most well-studied phenomena in virtually any subject, yet people are still in the dark about a good portion of its magic. Whittling down the definition of this powerful word into a few sentences seems impossible, but that hasn’t stopped us from trying for centuries.

Researcher Helen Fisher tackled the biological definition. She was interested in how love affects brain activity, so in 2005, Fisher and her colleagues put undergraduates who had self-identified as being “madly in love” into an fMRI machine. Fisher found that the caudate nucleus, a region of the brain associated with reward detection, expectation and learning — specifically how past experiences affect future behaviors — lit up when the students were shown pictures of their lovers. However, another section of the brain, the ventral tegmental area, also showed activity. The VTA, as it is called, plays an important role in the reward circuit of the brain: It sends dopamine, a neurotransmitter heavily related to pleasure, forward to the nucleus accumbens. The most interesting part is that this circuit is primitive, meaning that romantic love is both evolutionarily old and incredibly addictive.

Other chemicals are also associated with love. Stress hormones, cortisol and adrenaline levels increase and cause the quickening heartbeat, sweaty palms and anxiety related to seeing your significant other. Serotonin decreases, leading to feelings of insanity — all you can do is think about that person. When the initial passion of love fades, oxytocin and vasopressin come into play, creating feelings of attachment that produce long-term relationships.

While a comprehensive explanation of love, the biological definition only surfaced in recent years due to advances in science and technology. In earlier centuries, people had to make inferences about what love was based on experience alone.

Philosophic definitions of love date back to ancient Greece. These philosophers separated love into four types: storge (affectionate love), philia (friendship), agape (spiritual love) and eros (passionate love). The idea of a “one-true love” originated with Plato. He believed that the soul was originally split apart into two, one half taking the physical form of a man and the other of a woman. It is our destiny to reunite with our so-called “twin flame,” and there is nobody else in the world meant for us. Much of popular media now, especially the movie industry, deals with finding true love. One argument believes that this gives people an unrealistic picture of love, whereas another believes that it makes the search more romantic — either way, Plato’s idea is still controversial to this day.

On another note, Sigmund Freud was one of the first psychologists to examine love. His notorious Oedipus complex theory proposed that male children were sexually attracted to their mothers and wished death on their fathers. Female children develop something similar for the opposite parent, called the Electra complex. His work was largely controversial and was largely discounted — nobody wants to think of kids as sexual and incestual — but Freud was incredibly important in establishing a psychological basis for love. Some people may now believe that a version of these complexes are why people tend to marry partners similar to their parent of the opposite sex.

Humanist Abraham Maslow’s hierarchy of needs offers a different definition. Maslow identifies love as a human need after physiological needs (food and water) and safety needs (security and stability). This could explain why people choose to stay in relationships even if they may no longer be in love. There have been many cases of adults who are together only “for the kids” or because they would not be financially sound after a divorce. Maslow’s view changes the definition of a relationship and argues that love is not the main priority when safety is involved.

No matter your definition, all people recognize that love is a very real thing that manifests itself on a daily basis through actions both large and small. Our society is obsessed with love, and as long as people experience it, we will seek to define it.

One thought on “What Is Love: Exploring the Biology, Philosophy and Psychology of Amor”