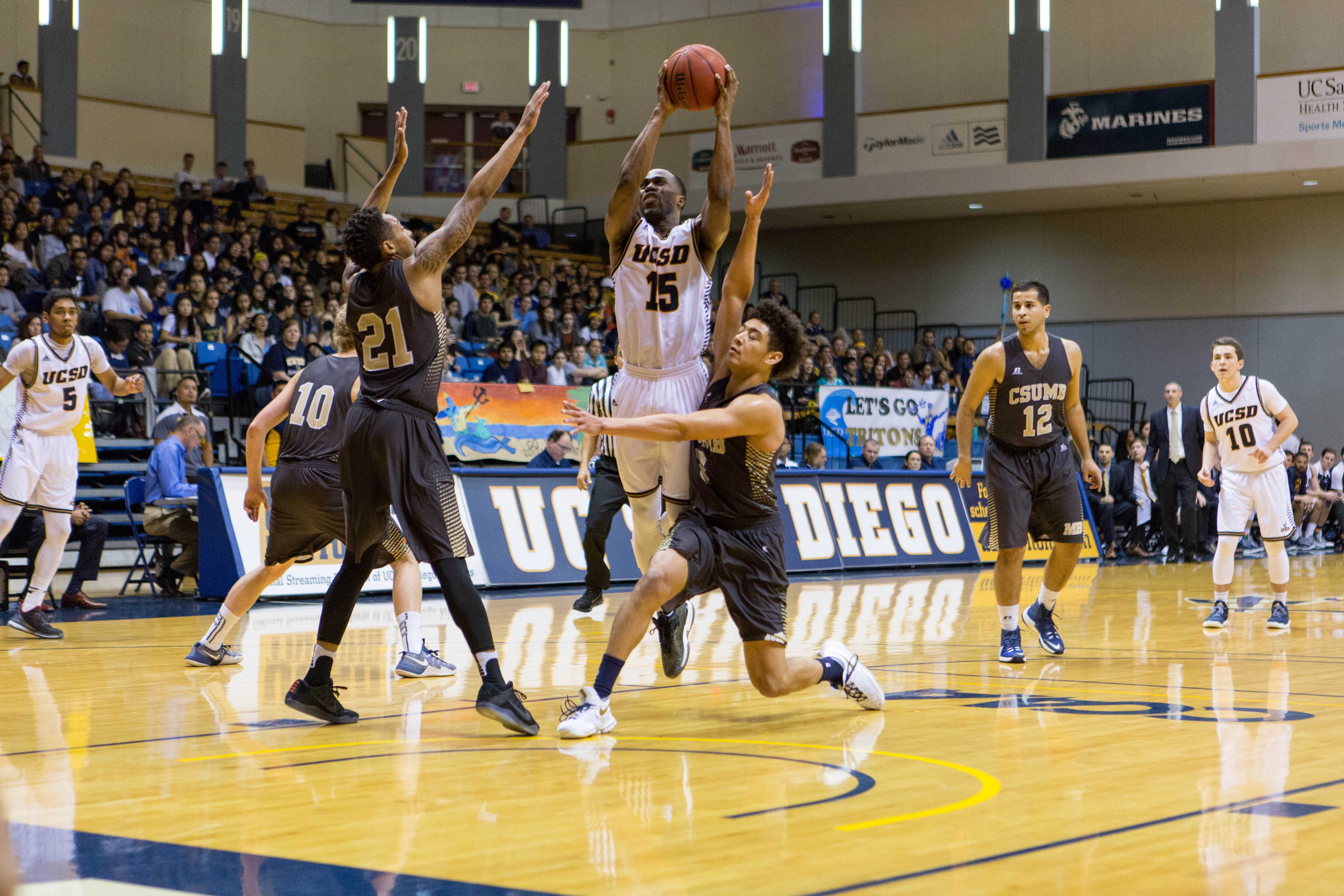 After a 33-point victory over Cal State Monterey Bay, there was only one way the UC San Diego men’s basketball team could top its Spirit Night victory — by scoring even more points. Even with a competitive start to the match, the Tritons didn’t have any trouble pulling ahead and crushing Cal State East Bay on Saturday night. With a 50-point first half, led by the sharpshooting senior guard Aleks Lipovic, the Tritons improved upon their margin of victory with an 84–45 blowout against the Pioneers.

Lipovic scored on all five of his attempts, all of which were three-pointers that came in just 10 minutes of play in the first half. Freshman forward Scott Everman led the team in scoring with 18 points, 12 of which came off threes. Sophomore center Chris Hansen continued his stellar play with 17 points and six rebounds, while senior guard Adam Klie matched that rebound total with six of his own.

“I thought we played really well all weekend,” UCSD head coach Eric Olen told the Athletics Department. “We had a little bit a tough stretch that we were disappointed in, so I thought this was a great response.”

With the win, the Tritons improve to 17–5 overall and 12–3 in the California Collegiate Athletic Association, good for first place in the conference, at least until Chico State plays its next game. Next up, the Tritons will square off at Cal State Dominguez Hills on Thursday, Feb. 9 at 7:30 p.m.