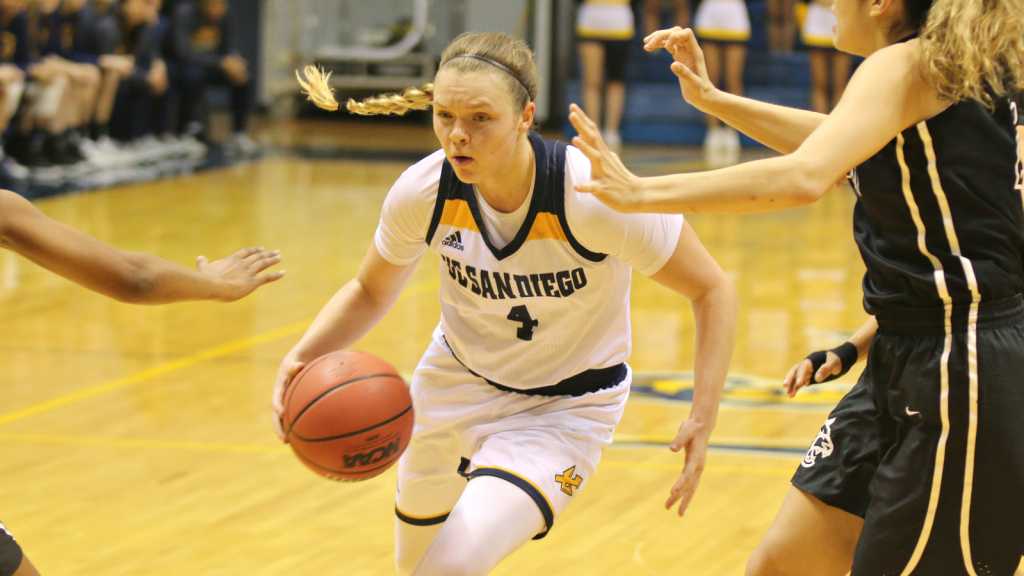 With its return home on Thursday night, the UC San Diego women’s basketball team wanted nothing more than to win its 10th-straight game and was not about to let the 8–7 Cal State San Marcos Cougars spoil its thunder. UCSD accomplished just that: the Tritons crushed the Cougars in an 84–60 victory to improve to 14–3 overall and 10–1 in the California Collegiate Athletic Association. Meanwhile, Cal State San Marcos fell to a mediocre 8–8 overall and 5–6 in conference play.

The first minutes of the opening quarter wound up being a close affair, marked by three tied scores. For a moment it looked like the Cougars weren’t about to allow their CCAA rival to just cruise to an easy victory. That didn’t last long, however, as senior guard Beth Mounier jacked up a three and then laid the ball in on the next possession to give the Tritons a 13–6 advantage, the team’s largest lead of the quarter.

While the Tritons led by as many as 15 in the second quarter, UCSD found its lead quickly cut down to as little as eight points, leaving the scrappy Cougars within a couple of stops of making it a game. While this inability to put the game away early on may have worried some, it clearly didn’t have any effect on the Tritons. The Tritons opened the third quarter on a 12-point run, suddenly finding themselves with a 22-point lead and complete control for the rest of the game, as their lead never fell below double digits and even rose above 30 points in the fourth quarter.

Mounier had yet another stellar night, scoring a team-leading 18 points and grabbing eight boards, while senior forward Cassie MacLeod also dominated with 15 points, nine rebounds and five assists in just 18 minutes of play.

“We’re committed to playing team basketball. We’re comfortable sharing the ball,” UCSD head coach Heidi VanDerveer told the Athletics Department. “We’re not going to give up easy baskets in transition. I’m really proud of the way our team has progressed so far.”