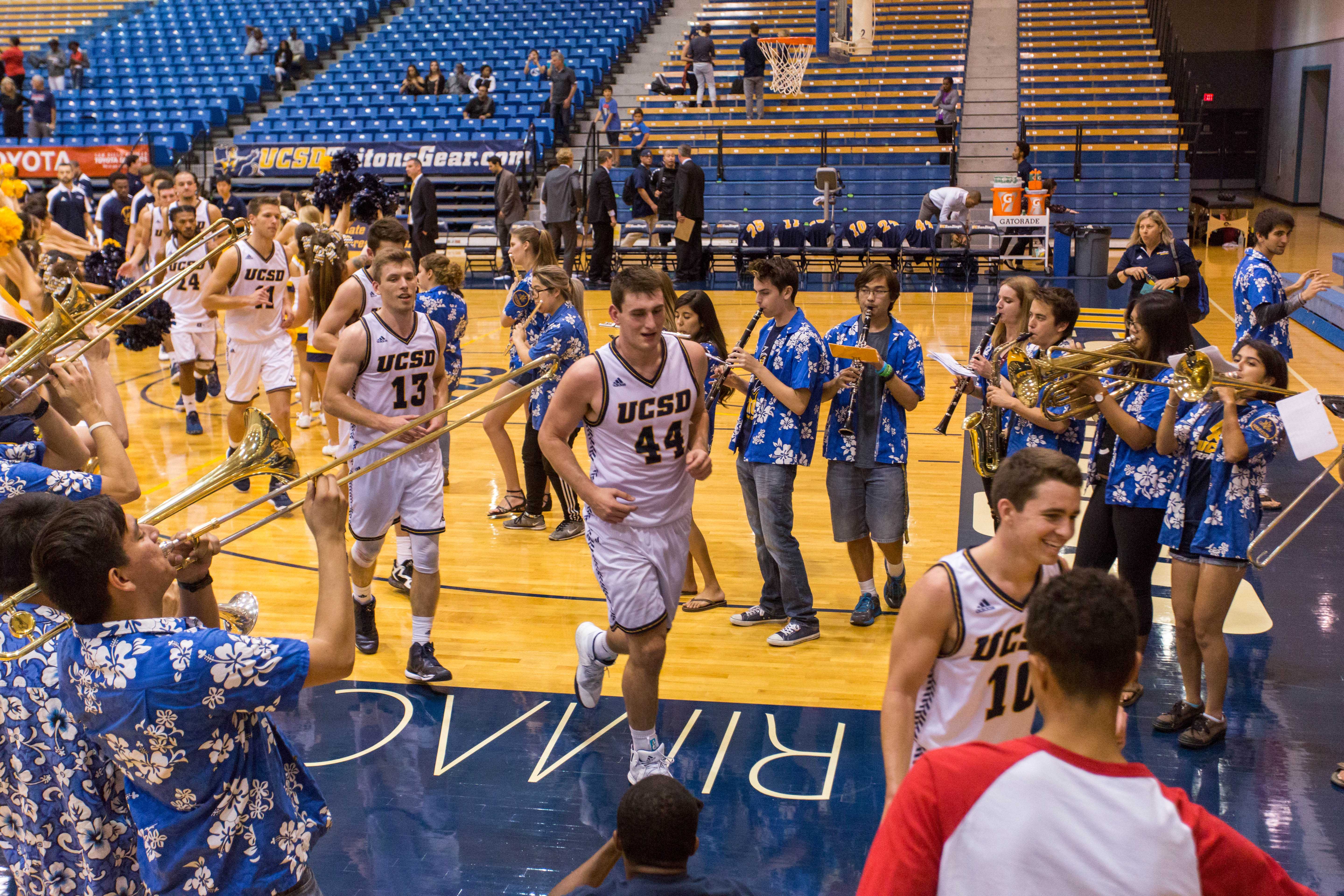 The UC San Diego men’s basketball team ended its five-game win streak against California Baptist University last Tuesday, Nov. 22 at Van Dyne Gym. UCSD beat California Baptist in their two meetings last year, the last being a nail-biting 71–69 win in round two of the Division-II NCAA West Region Championships. This game, unfortunately for the Tritons, was not a repeat of last year. The game was neck and neck until about eight minutes left in the second half when the Lancers took advantage of a couple of turnovers and fouls by the Tritons to seal their win. The game ended at 76–63, putting the No. 22 Tritons at 5–1 and the No. 5 Lancers at 6–0.

In general, the Tritons did not play their best game. But it’s not because they didn’t fight. They gave the Lancers a run for their No. 5 ranked status for nearly the entirety of the game, but ultimately the Lancers pushed back a bit harder. The Tritons had several opportunities to take the lead, as there were several lead changes throughout the game, but their shooting was off while the Lancers’ was not. The Tritons’ 12 turnovers and 22 personal fouls did not help their case either.

California Baptist’s senior guard Michael Smith, who is the current PacWest Player of the Year, proved to be the main attraction, as he scored a whopping 42 points. “I honestly don’t look at going off on offense,” Smith explained to California Baptist Athletics. “Last game, I didn’t do a very good job leading the team or giving a good effort. I wanted to come into today and lock up UCSD’s [senior guard] Adam Klie — who’s a great basketball player — and give my honest effort, be the best competitor on the court.”

And lock up Klie, Smith did. Klie’s star-player status dimmed a little, as he had a mediocre night, going only 4-for-13 in field goals and turning the ball over four times. Sophomore guard Christian Oshita was the top-scorer for the Tritons with 15 points. He also snagged five rebounds and two assists.

“I was proud of our effort tonight, but unfortunately we didn’t play well enough to win,” UCSD head coach Eric Olen told the UCSD Athletics Department. “We’ll take a lot away from this game that we can learn from and work to improve going forward.”

Hopefully with full stomachs and a week-long break the Tritons will look to improve at their next game this Tuesday away versus Cal Poly Pomona at 7 p.m.