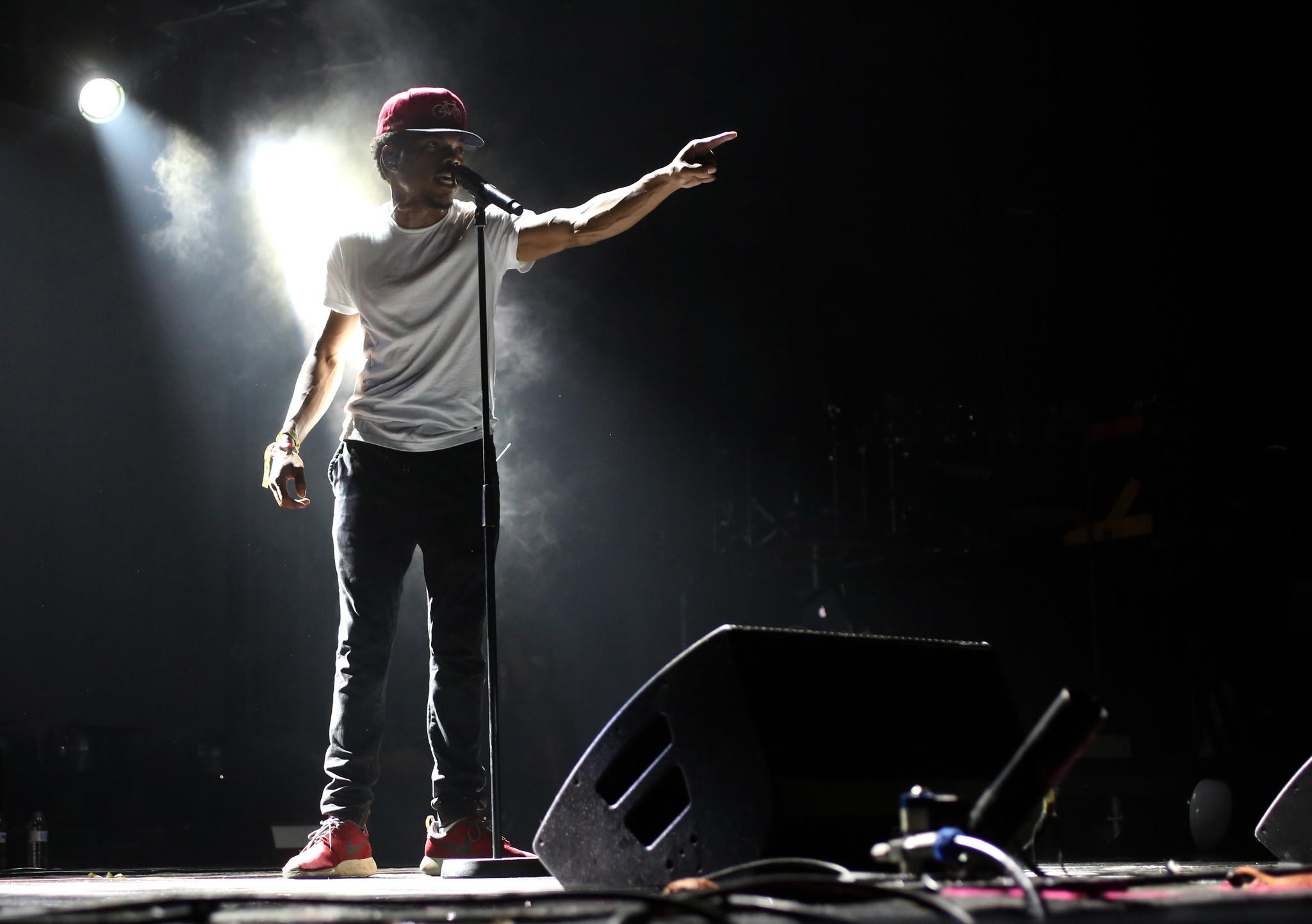 Whereas studio-recorded albums serve to showcase a musician’s vision, concerts usually exist for audiences to connect with the performer’s personality. At Chance the Rapper’s concert, however, the crowd got a heavy dose of both.

While his set started off quite typically — with high-energy renditions of “Angels” and “Blessings,” both of which played better live than recorded — the crowd quickly realized the type of night they were in for after the song ended. Rather than start the next track, Carlos — a human-sized, introspective puppet lion, voiced by comedian HaHa Davis and controlled by someone in a black leotard — invaded the stage and demanded Chance remember the old stuff. While slightly confused, Chance attempted to oblige Carlos’ stern request by performing a string of his past hits from “Acid Rap” and even “10Day.” While most of these were as jumpy and enjoyable as one would expect, a high-tempo version of “Cocoa Butter Kisses” stood out as being too jarring of a departure from the original’s laid-back nature to be thoroughly enjoyed.

As the concert moved forward, Carlos kept showing up in between songs to plead Chance to “take it back, Big Fella!” Chance, still trying to decipher Carlos’ cryptic message, answered by playing the most nostalgia-themed tracks on his resume: “Juke Jam” and “Same Drugs.” While “Juke Jam” was a nice slow break from the otherwise heart-racing concert, “Same Drugs” pulled the show one step deeper into the strange and weird. To help him sing the track — a song about a lover, “Wendy,” outpacing him in growth and maturity — he brought out puppet number two of the night: a life-sized, blue-haired Wendy. Sitting at the piano, the duet performed the track in a heartwarming yet laugh-inducing manner, concluding with Wendy flying away as Chance chases her, begging her to stay on the ground with him. That, unfortunately, was the peak of the night’s weirdness.

However, that doesn’t mean Carlos was gone. In fact, he persisted throughout the whole night, even through Chance’s two-chorus, one-verse marathon of songs, including party anthem “No Problem,” masterful Kanye-gospel track “Ultralight Beam” and, as a pleasant surprise, unofficially released gem “Grown Ass Kid.” Then came the part of the night everyone was waiting for: the beloved “Sunday Candy.” Usually serving as his encore, Chance instead made it, in movie terms, the beginning of his third act, consisting wholly of his holiest, choir-heavy tracks. And that’s when Carlos finally showed satisfaction: “That’s what I’m talkin’ about, Big Fella!” All along, the audience realized, when Carlos asked for “the old stuff”, he wasn’t calling for young Lil Chano from 79th. He was thinking way further back than that — the word of God.

While this was meant to be the climax of the show — Chance’s big message for all the kids to take home to their friends and family — it instead felt like a mistake, the reason being that these tracks are simply not among his best. “How Great,” “Finish Line / Drown” and “Blessings” (the second one) are all solid songs to rest and relax to, but they are certainly not closers.

Once encore time came around, there was only one track left to play from “Coloring Book”: “Summer Friends.” And with a sample of one of the year’s best songs “Friends” by Francis and the Lights, who had a mesmerizing performance as the concert’s opener, it was inevitable that he would come out and do his signature dance. And that he did, except in another puppet lion suit and with Chance dancing alongside him, a memorable way to end a wildly unpredictable concert.