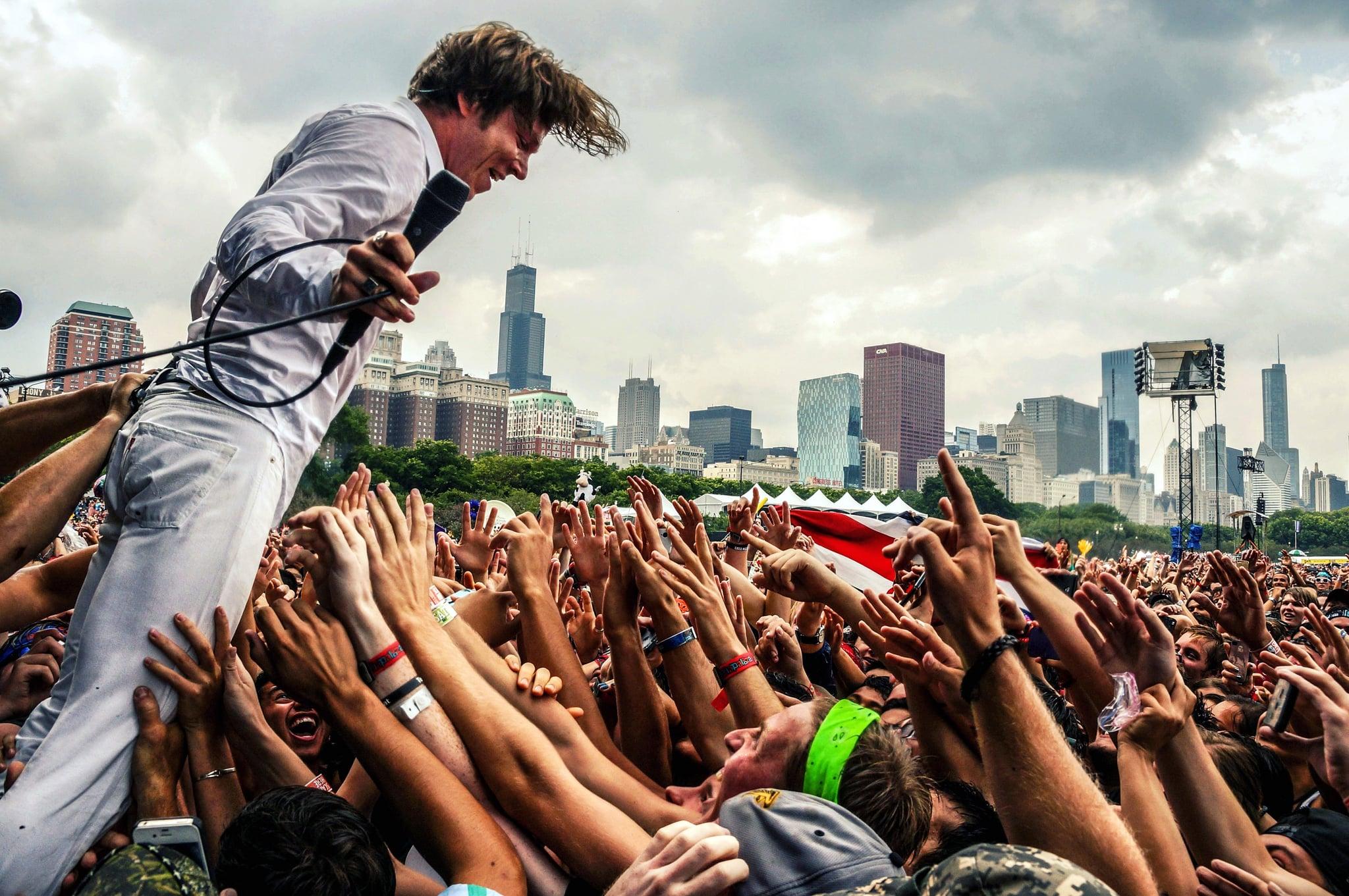 When it comes to live performances, Kentucky rockers Cage the Elephant don’t mess around. The four-piece, alongside supporting acts Sunflower Bean and Portugal. The Man, paid San Diego a visit last Wednesday at the Valley View Casino Center and gave an exceptionally energetic performance that saw lead singer Matt Shultz and the audience in a restless frenzy the entire show.

Sunflower Bean and Portugal. The Man could not have been a better fit to kick off the show. Brooklyn trio Sunflower Bean had a minor hiccup with a messed-up cable, but ultimately won over the crowd with their noise-infused psych rock, reminiscent of a huge wall of sound. Portugal. The Man further hyped the crowd with their bouncy riffs and cool demeanor. They put on a quite the show complete with catchy indie jams and huge rock numbers. A resident hype man added a flare of fun by joining them up on stage, dancing around and keeping the crowd excited. By the time headliners Cage the Elephant took the stage, the arena was brimming with eager fans ready to go wild.

Cage the Elephant can be described as nothing short of rock stars and are considered by audiences and critics alike to be among some of the best live acts in recent years. Despite the large size of the venue, the band had no trouble engaging the audience. The blend of blues and rock’n’roll lend itself well to the arena setting, giving the band’s live sound a more amplified and aggressive allure. Shultz is a real crowd pleaser and natural frontman who’s got moves like Jagger and an amazingly raw, dynamic stage presence that felt right at home on a large stage. Throughout the fan-friendly 15-song setlist, he never stood still — constantly on the move, dancing, running around the stage and reaching out to adoring fans in the crowds. His soaring, gritty voice was faultless despite his inability to stop moving and was never overpowered by the music or the fans singing back every word. His energy was infectious and inspired audience members to dance and crowd surf. A huge circle pit even broke out during the career-defining fan favorite, “Ain’t No Rest For The Wicked.” Some of the braver fans managed to jump the barriers for the chance to have a brief moment on stage and to receive validation from the band in the form of a quick hug or high five.

The night ended as it began — very much fan-oriented with a sweaty Shultz making a final trip around the stage, ripping setlists off the ground to throw out to fans. Cage the Elephant has so much going for them, but the fact that they can so easily get a crowd going is by far their best quality. Having perfected their craft, they know the ins and outs of putting on a show without jeopardizing the performance itself and are able to consistently deliver night after night — a feat not many can pull off.

Photo by Joshua Mellin for Consequence of Sound