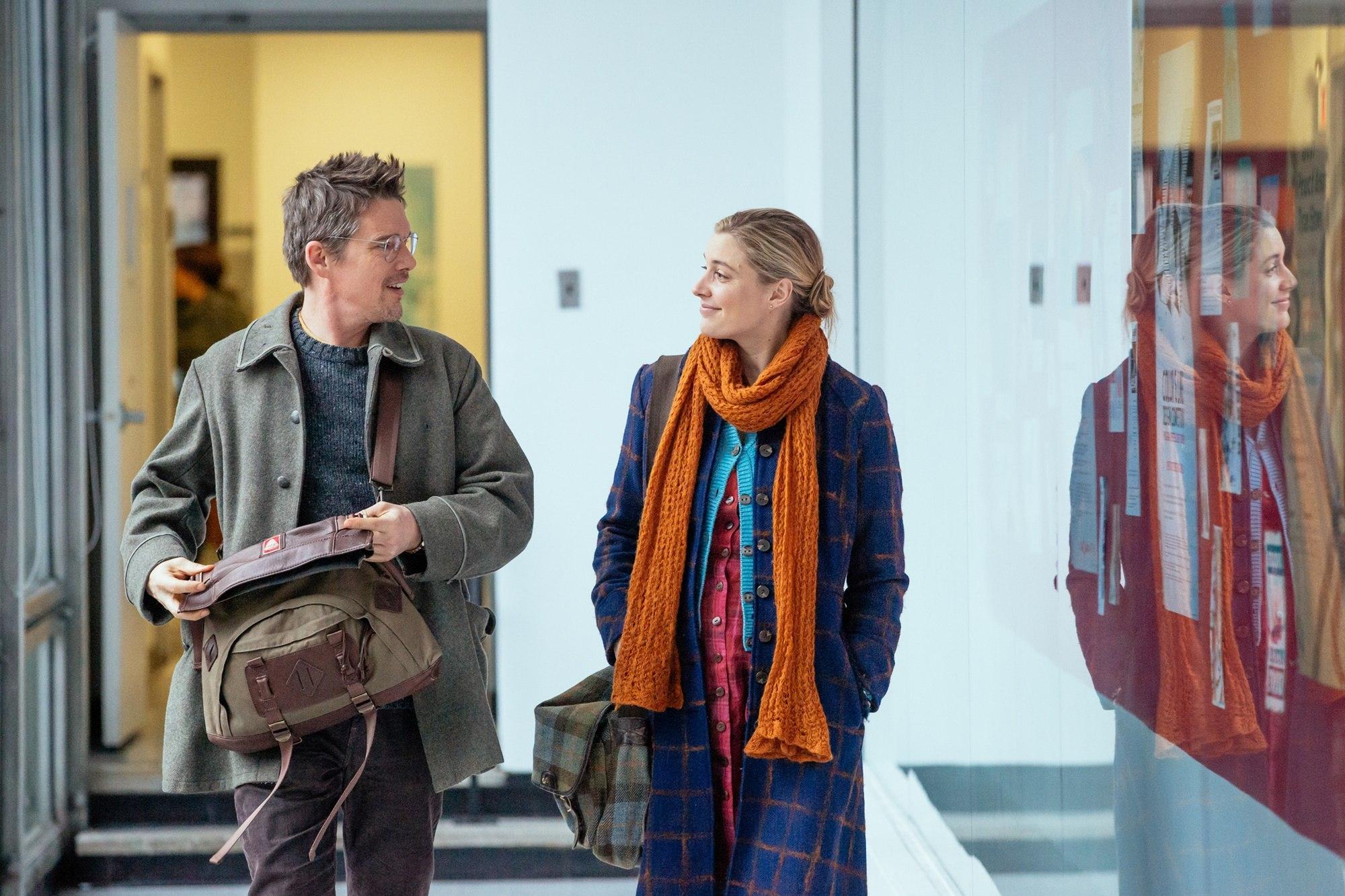 “Maggie’s Plan,” Rebecca Miller’s latest charming independent confection, is a summer movie for those with a distaste for summer movies. A delightful little gem, “Maggie’s Plan” is entertainment in the traditional sense of the word. The film is not particularly serious or important, and it surely won’t win any awards, but it is pleasant and pretty — an emphatically nice way to spend two hours in an air-conditioned theater. The film avoids melodrama and sentimentality in favor of modest charm and well-executed stylization — a rare feat for the romantic-comedy genre.

“Maggie’s Plan” is unoriginal in theory, but offbeat and lovely in its execution. Any romantic-comedy maven will be reminded of “The Back-Up Plan” or “The Switch” by “Maggie’s Plan.” At first glance, the pregnancy-driven plot of the film is indistinguishable from any hoary Jennifer Aniston vehicle. A charming blonde woman with a hip job, who just so happens to live in New York City, has been unlucky in love her entire adult life and is compelled to artificially inseminate herself, but shortly after deciding to artificially inseminate herself she meets The Man of Her Dreams. All of this happens within the first 30 minutes, after which the film skips ahead three years, at which point Maggie (Greta Gerwig) and John (Ethan Hawke) have a 3-year-old daughter and John has left his brilliant Danish ice-queen wife (Julianne Moore). Maggie and John’s marriage is quickly dissolving. Maggie proposes to John’s ex-wife Georgette (Julianne Moore) that she take back wannabe-novelist-John and the two begin their scheme.

The formulaic nature and sheer quantity of romantic-comedy movies actually evinces the automatic gleefulness of these films; they can afford to be unoriginal. The listless women waiting for a call, the man proclaiming his love — these moments are inherently beautiful and compelling. The irresistibility of the subject matter accounts for the remiss filmmaking. Rebecca Miller realizes this, and gets out of the way, allowing the intricate relationships between Maggie and John, Georgette and John and Maggie and Georgette to shine. “Maggie’s Plan” is not afraid of being a romantic comedy, where the highest stakes of all are the characters’ feelings. Romantic comedies which want so desperately not to be romantic comedies are almost always tiresome, so averse are they to treacle and effusiveness that they spoil all the fun with vulgar language or compulsive, nervous irony (see “The Ugly Truth,” “They Came Together,” “500 Days of Summer” etc.). The film leaves the undeniable delight of watching two people fall in love intact and allows its characters to be both sweetly affectionate and coldly calculating in turn, they are believable portraits of human beings rather than mere archetypes. This nuance makes for a more enjoyable viewing experience, and allows us to see the movie as it is, unblinded by the jaded cynicism that is usually onset by the lazily written characters with whom the genre is saturated.

Summer movies are traditionally feasts of the senses, all percussive gunshots and lusty women wearing catsuits. “Maggie’s Plan” also emphasizes visual and auditory pleasure. The film prioritizes an enjoyable sensory experience at the expense of a complex plot as much as any superhero movie, it merely seeks to provide pleasure of a different variety. The apartment Maggie lives in is perfectly cozy, with warm red walls and soft lamplight. The costumes are also thoughtful and pleasing to the eye all throughout. John’s charmingly donnish coats and wire-rim reading glasses, Maggie’s patterned pinafores and sweaters and Georgette’s fierce topknot and frivolous pastel fur ensembles are all endearing and satisfying to watch. The film, like its main character, Maggie, does not apologize for its simplicity or tweeness. It also includes plenty of intellectual flourishes and literary references — the climax of the film is a talk performed by Slavoj Zizek. It is extremely slow in its pacing, highly stylized and exceedingly precious. All of this makes “Maggie’s Plan” not intended for everyone. The film is brave enough to forfeit the assurance of being liked by many for the opportunity of being beloved.