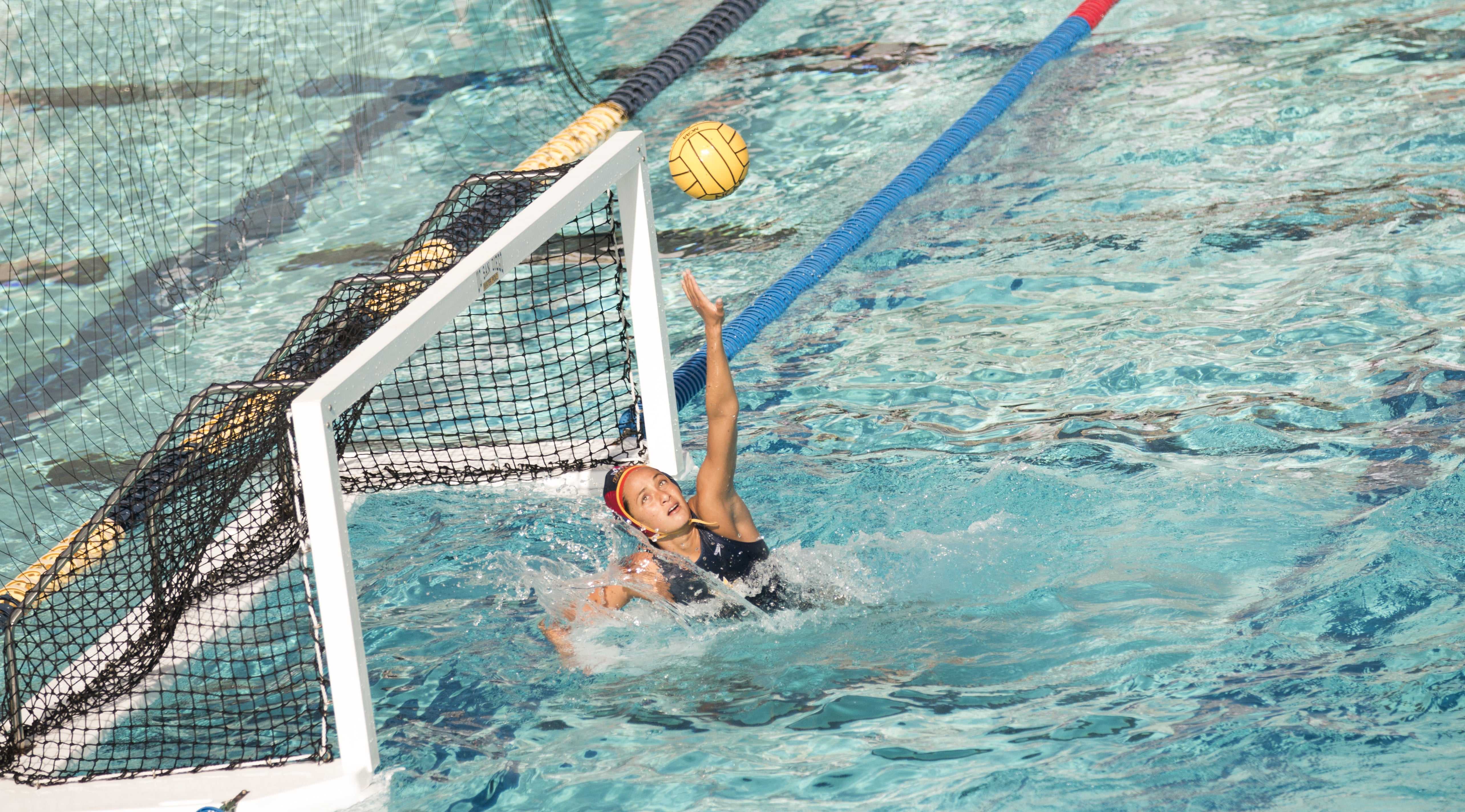 The UCSD women’s water polo squad prevailed with excellence in the Claremont Convergence, as it was able to win all four of its matches, with a pair being held on Friday March 4, and a pair held on Saturday, March 5.

The Claremont Convergence, which was hosted by Claremont-Mudd-Scripps and Pomona-Pitzer, started off with the Tritons being matched up against La Verne and Whittier. Going into the weekend, the Tritons were ranked 12th and emerged victorious on Friday to improve to 10–6. They were able to defeat La Verne 15–10, and they smashed Whittier with a final 14–5 count.

Game one on Friday against La Verne wasn’t all too difficult for the Tritons, as they seized a three-score lead at the end of the first quarter, despite the Leopards scoring the first goal of the game. The Tritons only built up their lead, and though the Leopards tried, they couldn’t reach the Tritons and weren’t able to match the offensive pressure that the Tritons maintained throughout the game.

Senior attacker Laurel Kistler and junior attacker Rachel Emami were both able to complete hat tricks before the game ended, contributing three goals a piece. Senior attacker Julia Kirkland and freshman center Chanel Schilling were both also able to bring in two goals apiece to contribute to the effort. The Tritons ended the fourth quarter with a comfortable five-point lead, ending the match 15–10.

The rest of the match was a different story; however, as the Tritons were able to outscore Whittier 10–3 in the next three quarters to win by a landslide 14–5. Kistler displayed more of her talents as she scored three more goals, ending the night with five goals contributed in that match alone. With single-point conversions by other teammates, Kistler and the Tritons were able to dominate the competition. Senior goalkeeper Courtney Miller also had a great night, as she brought in 14 saves that match.

The Tritons concluded the Claremont Convergence with two more wins against Claremont-Mudd-Scripps and Pomona-Pitzer the following Saturday, both games won with high levels of dominance from the Tritons.

The Tritons brought their rendition of the Denver Broncos’ defense from Super Bowl 50, as they completely shut down the Claremont-Mudd-Scripps until only five minutes remained in the fourth quarter, ending the game with matched stellar offense resulting in a final count of 15–1. The first half ended 4–0 in favor of the Tritons. After this, the rest was history as the Tritons kept scoring all the while playing excellent defense.

The Tritons finished their final game of the Claremont Convergence with another dominant victory of 12–4 over Pomona-Pitzer. This final match played out similar to the last match from Friday against Claremont-Mudd-Scripps, as the first quarter seemed like it might be a competitive game but eventually turned into a landslide victory for the Tritons. The first quarter ended with the Tritons leading the Sagehens 3–2, and then they outscored the Sagehens 9–2 for the next three quarters of the game, ultimately ending as the 9–2 victors.

Kistler and Boyle were both able to achieve a hat-trick again during the final match. They had a solid supporting cast from Wieseler and Fedler scoring two goals apiece, with Schilling and junior utility Hanna Schneider scoring the final two goals.

“We had a great team effort in both games,” Head Coach Brad Kreutzkamp told the UCSD Athletics Department. “We had a great day. Every player on the team contributed to the wins.”

The Tritons will host Iona at RIMAC Arena this Thursday at 6 p.m. and will look to make a dominant appearance at the Aztec Invitational later this weekend.