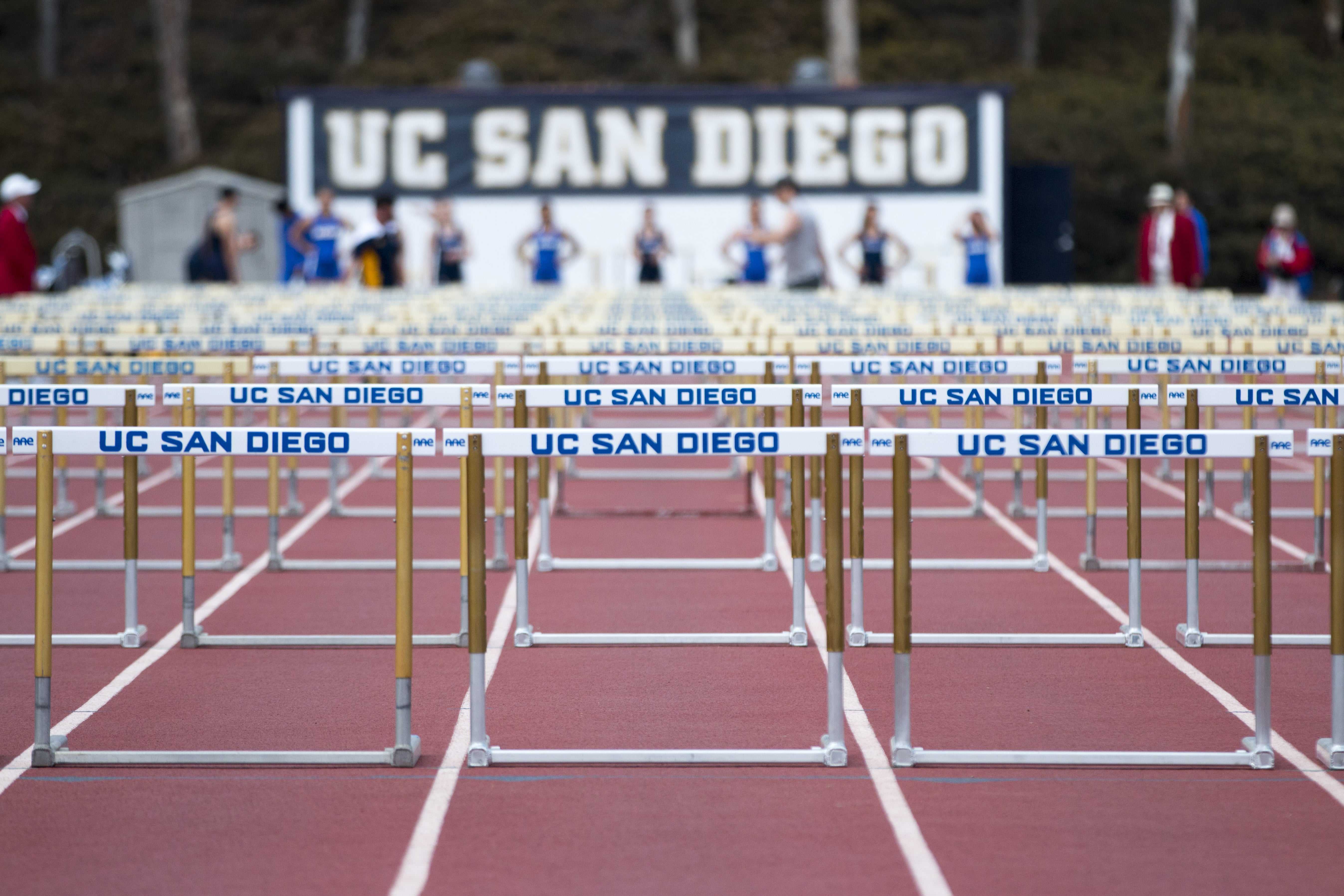 The UCSD men’s track and field team won the All-UC Championships, defeating UC Irvine and UC Santa Barbara at the Triton Track and Field Stadium on Saturday and securing UCSD’s first-ever UC-Championship win. The Triton men led the way with 143 points while the Gauchos were second with 141 and the Anteaters finished off with 97 points; the Triton women finished second with 123 points, UCSB finished first with 169.5 and UC Irvine finished third in both the men and women’s competition. On the day, the Tritons won 11 events, seven by the men and four by the women.

UCSD was losing to the Gauchos 137–136 with one event left, the 4×400 relay, but junior sprinter Jared Senese anchored the relay team and raced past the Anteaters for first place in the last 200 meters, finishing with a time of 3:16.12. The Gauchos were last in the race, making it a three-point swing for UCSD.

“It’s exciting,” UCSD Head Coach Tony Salermo told UCSD Athletics. “That’s kind of what all of us coaches like in track and field in those team competitions, that it comes down to the relay. We were so excited to get this win against a one of our big West opponents.”

UCSD won five events total on the field and sophomore jumper Matt Bowen won two of these, winning the long jump with a personal best of 25’0’.5”. The jump was also a school record, a provisional qualifier for the NCAAs and the best score in the nation across all NCAA divisions. Bowen also placed first in the triple jump with a score of 48’44.75” while junior long-jumper Casey Buck was first in the women’s side of the long jump with a mark of 18’3.25”.

“It’s pretty remarkable for a sophomore,” Salermo said about Bowen. “The long jump is [only] his secondary event.”

“My goal for the year is to hit 70 meters,” Capitulo told UCSD Athletics. “I want to be an All-American. I want to be up there and I think I can really do it.”

UCSD will host the the San Diego Collegiate Challenge on March 12.