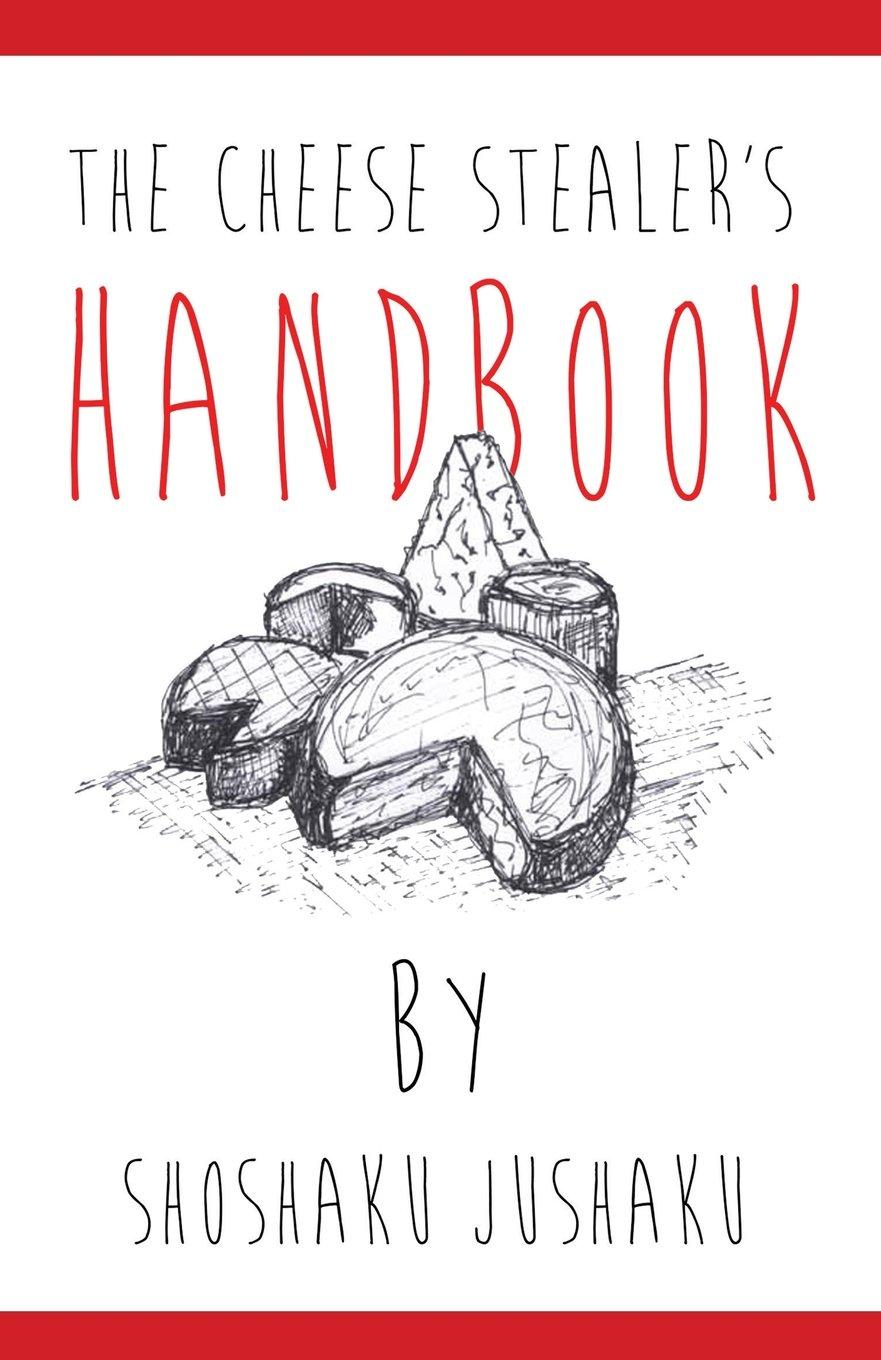 Anyone who’s a grammar-nerd or owns a PC might be able to empathize with this line from Shoshaku Jushaku’s novella “The Cheese Stealer’s Handbook”: “I haven’t even started the novel yet and some pissant anthropomorphic paper clip has already criticized my lack of proper grammar four times.” The line’s a prelude to certain themes of the novel, including frustration with everyday life and the narrator’s failure to write a book. The narrator, whose girlfriend calls him “Acky” and who signs his name as “Shoshaku Jushaku” (according to the Internet, this means “one continuous mistake”), could be a posterchild for Red Ribbon Week presentations everywhere. He’s an extreme version of the drugged-up genius cliche: Over the course of the story, he’s almost always high and drunk, often in search of cocaine, and spends his days trying to write a book that refuses to be translated from his mind onto the page. He also backhands just about everything — among the insulted categories are literary theory, cake, his girlfriend’s friends, Microsoft’s paperclip, most of all himself and unsurprisingly not Salinger (whose “Catcher in the Rye” he considers brilliant). It’s an irony-saturated, irreverent book that regularly and hilariously mixes highbrow and lowbrow humor, and its only problem is that, even at only 56 pages, it becomes tedious.

As anyone who’s enjoyed, for instance, David Foster Wallace’s “Brief Interviews with Hideous Men” could attest, liking characters is not a prerequisite for enjoying books. Even so, there should be some sort of variation to make it interesting; in “Handbook,” the reader is faced with a Mobius Strip of addiction, ruminations on literary failure, more addiction, ruminations on romantic failure, even more addiction and so on. Nothing unfolds here; the tone never really changes and while the book is superbly nihilistic, eventually one gets tired of reading the same story over and over again.

Despite that relatively minor quibble, it’s clear that Jushaku (or whatever the author’s real name is) has talent. Though the narrator’s snarky humor is clearly a sort of inept psychological defense mechanism, it’s damn funny. Particularly cathartic are the repeated puncturing of happy cliches and the deadpan black humor (e.g., “I did cheat on her while she was having an abortion. But the pregnancy was most likely my doing”).

Strangely enough, it’s the humor that makes the book good — not its overarching story about the narrator’s relationship with Miranda, a girl he insists he loves. Unfortunately, the whole romance seems unbelievable, not because real people don’t fall in love with funny and charming drug addicts, but because there never seems to be any reason for Miranda to put up with him. He’s condescending toward her, rude to her friends and the nicest things he does are shove an unwanted piece of cake at her and tell her she’s beautiful. It’s hard to see why she’s with him in the first place or why she thinks he’s a genius. But, as is often the case, well-placed humor is enough to distract from something’s flaws.