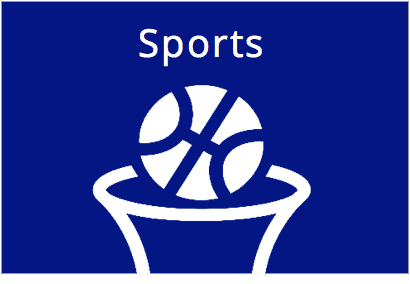 In most — if not all — sports, the ideal athlete has a toned, strong body with a low body-fat percentage. For a good handful of athletes, there’s constant pressure from parents, coaches and even teammates to drop just a little more weight to ramp up athletic performance.

For some, it results in poor eating habits, some escalating into full-blown eating disorders, in an effort to stay within the so-called “ideal” range for fitness. Former UCSD Guardian staffer Lorato Anderson put this into perspective in her 2012 article “Body Image and the Female Athlete,” citing what KidsHealth.com dubbed the “Female Athlete Triad.” The gist is that the pressure put on female athletes to attain that “perfect” shape and size pushes them to have a negative body image, which can sometimes lead to eating disorders in an effort to improve performance.

The negative body image is often seen as a distinctly feminine struggle. However, even if not as prevalent, it still is an issue among male athletes as well.

Wrestling is a prime example. It isn’t a sport that sits in the public eye (not traditional wrestling, at least), so we don’t really notice the athletes as much as we would a football or basketball player. The pressure for perfection is still there, though. I knew a good handful of wrestlers in high school because my brother was one, and the objective was the same across the board: Drop into lower-weight classes to gain an advantage over your opponents. The less fat you carried, the higher your likelihood of getting takedowns and pinning your opponent. Less fat usually meant higher agility and ease in countering your opponent’s moves.

One case stands out in my mind in particular. Let’s just call him Joe for the sake of brevity and privacy. Joe was a four-year varsity letterman in high school. He was in one of my elective classes my sophomore year that fell in the middle of the day, so it was typical for kids to eat their lunch in the class. Almost everyone did. Joe was usually among us, but about a month before the start of the wrestling season, he all but completely stopped eating — a handful of Ritz crackers and a little bag of carrots or apple slices, maybe a protein bar here and there. He was drinking water constantly, but that was the extent of it.

The Colorado High School Activities Association sets statewide guidelines that all those under its jurisdiction are expected to follow; if not, an athlete risks disqualification if the offense is serious enough. One major rule enforced is that high school wrestlers can’t drop more than two and a half pounds per week during the season. They have this because of athletes like Joe — it helps regulate weight loss to keep athletes from falling to an unhealthy weight in an effort to improve performance.

However, even with the regulation, there are still loopholes. CHSAA can’t regulate athletes outside of the regular season. Joe dropped weight as fast as he could to make it into the desired 136 weight class. Mind you, this is a six-foot-tall kid that normally sat around 160 to 170 pounds. The question is how effective cutting that much weight was for him.

Cutting weight is detrimental to the athlete after a while: Muscle starts to waste away and weaken because of lack of nutrients. Any seasoned athlete would know this, but it’s often last-minute desperation that causes athletes to resort to measures like this. Curbing food intake this drastically, even for a short period of time, weakens the body considerably; it’s not “dieting” to improve performance — it’s an eating disorder. Yet some coaches still push their players, directly or indirectly, to “just drop a few pounds.”

It isn’t just wrestlers either. Multiple boys I ran cross country with in high school had a tendency to try to shed weight fast before races — the less weight they had to carry, the faster they thought they’d run. Though this is true to an extent, not eating breakfast and only eating a very tiny amount in the days prior to racing rarely has any positive effect.

Yes, female athletes do tend to succumb to the pressure more frequently than their male counterparts. However, that’s not to say that boys don’t feel the heat when competition season rolls around. No matter your gender, the pressure to attain a better physique is always there. It’s just a matter of whether it’s healthy pressure that improves strength or poor encouragement that results in weakness and mediocre performance.