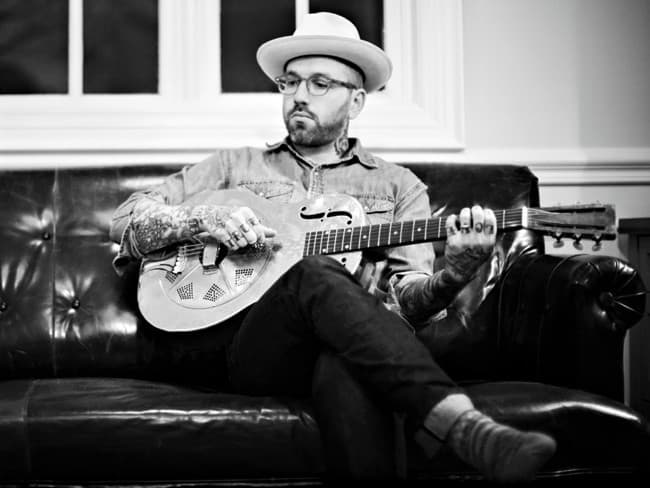 Canadian singer-songwriter Dallas Green delivered a soulful and dynamic performance that left fans yearning for more of his new style.

If you have been to the House of Blues, then you know just how intimate yet electrifying the atmosphere can get during a performance. Last Monday night, everyone from girls with GoPro cameras to guys in fedoras joined together at the House of Blues to experience City and Colour perform his notable guitar hits and hear his soothing voice. Those in line couldn’t wait; they constantly checked the time on their phones as the venue began to fill up. It was only a matter of time until Dallas Green would take the stage and steal the night away with his heartfelt vocals.

Dallas Green began writing songs and uploading them for fans at just 16 years old, using City and Colour as his recording alias. So far, he has released five studio albums — his last three hitting the top spot on the Canadian music charts — and identified himself as a folk/indie rock artist. However, his latest album “If I Should Go Before You” introduced a new style of alternative and blues rock numbers that fans were anxious to hear live.

New Orleans band Hurray for the Riff Raff opened the show with arousing acoustic melodies and passionate vocals that created an emotional connection with the audience and set a mellow vibe. Lead singer Alynda Segarra encouraged the audience to clap along to the songs, amping them for what was about to come. City and Colour then appeared before the audience and began the show with his new album’s nine-minute opening track “Woman,” instantaneously transforming the atmosphere from a melodious sound to a more intense tone. The use of colorful flashing lights and robust electric guitar riffs sensationally displayed Green’s change of style and got the audience hooked from the start. The setlist mainly consisted of newly released tracks from “If I Should Go Before You.” Some old favorites from previous albums were also performed, but it was the singles “Lover Come Back” and “Sleeping Sickness” that got the venue going by encouraging the audience to chant the chorus along with him. Switching between acoustic and electric instrumentation, Green kept the audience intrigued with an ever-changing mood and tempo that varied between mellow tunes and upbeat choruses. “Mizzy C” and “Grand Optimist” developed that type of atmosphere by the way Green soulfully sang the lyrics and gave his all in every guitar solo.

The absence of his backup band mid-concert led to a solo Green performing heartfelt acoustic favorites. While drinking some of his beer and whiskey between each song, he performed classics like “Save Your Scissors” and “Body in a Box,” engaging the audience with his smooth plucks of the strings and airy vocals. Fan favorite “The Girl” had Green start the song acoustic and his band return mid-song to spectacularly perform the switch to a fast-paced tempo with an alternative style. “Hope For Now” delivered an exceptional finale with an electrifying guitar solo that left fans joyfully cheering all the way out of the venue.

City and Colour’s dynamic instrumentation and unforgettable vocal numbers proved his performance to be one that fans will continue to talk about for days to come.