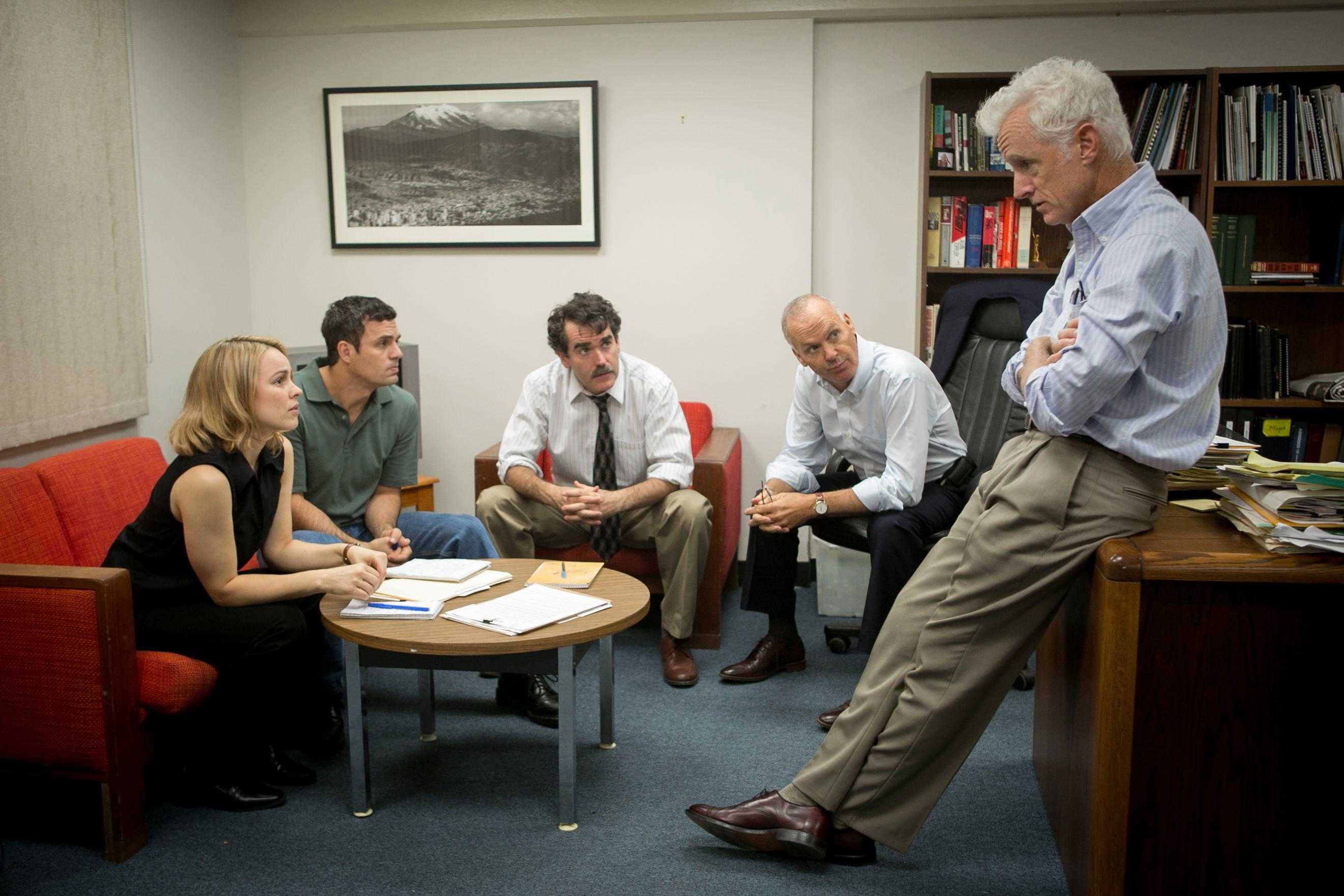 McCarthy admirably shines a light on the moral and bureaucratic faults of the Catholic Church.

Few things are as disgusting to our moral sense, and to our stomachs, as the widespread epidemic of child molestation. Powerful, dramatic films like Shanley’s “Doubt” and Almodovar’s “La Mala Educacion” have explored the endless pain and manifold consequences of this crude, ongoing, institutionalized reality within the Catholic Church. “Spotlight,” Tom McCarthy’s (“Win Win”) fifth feature as writer/director, aims for something different. The focus here is not on the victims or the degenerate clergy, but on the people who uncovered the abuses. As such, “Spotlight” plays a delicate game. It needs to portray the somber, often-tedious work of a group of Boston Globe journalists without turning away from the gruesome nature of pedophilic abuses. McCarthy does this by having language, rather than images, do the work: It is the graphic use of words that forcefully capture the film’s gravity and importance. This is no small accomplishment.

The plot follows a group of four investigative reporters —The Spotlight Team — is assigned a new case by the paper’s new editor Marty Baron (Liev Schreiber). Baron is the type of person who may very well go to the grave without ever having smiled. His uncanny hermetism, however, makes him a great journalist. Baron reads a story about a notorious pederast priest, and it doesn’t take him long to decipher that that’s only the tip of the iceberg. The Spotlight Team is then ordered to stop all activities and begin further investigation. Soon enough they find themselves with their hands full — full of evidence, that is, detailing a systematic cover-up by the Church of dozens child abuse cases. As the research progresses, the extent of the Church’s involvement and the number of people implicated continues to rise.

The script takes its time to unfold, deliberately slowing things down to let the audience process the information alongside the reporters. A gripping scene shows Spotlight Team member Sacha Pfeiffer (Rachel McAdams) interrogating an accused priest and fearlessly asking if the allegations are in fact true, to which the priest casually responds that, of course he “played around with kids,” but to please, please be assured that he took no pleasure from it. McAdams’ expression lingers between confusion and anger: it exists in a place where heinous actions have become fundamentally unintelligible. “Spotlight” illustrates, once again, the astonishing truth about all hierarchical, institutionalized atrocities: the perpetrators are often mediocre, petty, all-too-normal individuals. The contrast between the magnitude of the crime and the banality (to echo Hannah Arendt) of the criminals makes us shiver with revulsion. It also highlights an even-more-familiar truth: large-scale wrongdoings never go unnoticed and there are always lonely individuals (e.g. the victims) crying out for help. In spite of this, however, the majority of us remain mere spectators. “Spotlight” never shies away from questioning our integrity as a community: “If it takes a village to raise a child,” says a victim’s lawyer (played superbly by Stanley Tucci), “it also takes a village to abuse one.”

“Spotlight” is a worthy example of a film that remains faithful to its style. The cast, led by Michael Keaton and Mark Ruffalo, mirrors the script’s pragmatic tone: the performances render the seriousness of the journalistic endeavor, but remain clean of over-blown dramatization. The end product is an accomplished film that knows how to tell its story. Unlike the priests it exposes, and despite its important message, “Spotlight” never indulges in superficial moralizing. Before the credits roll, McCarthy shows the names of the hundreds of cities where there’s been institutionalized pederasty; we recognize this as an act of integrity.There is no heroism in “Spotlight”; there are only honest people doing their job. That has to count for something.