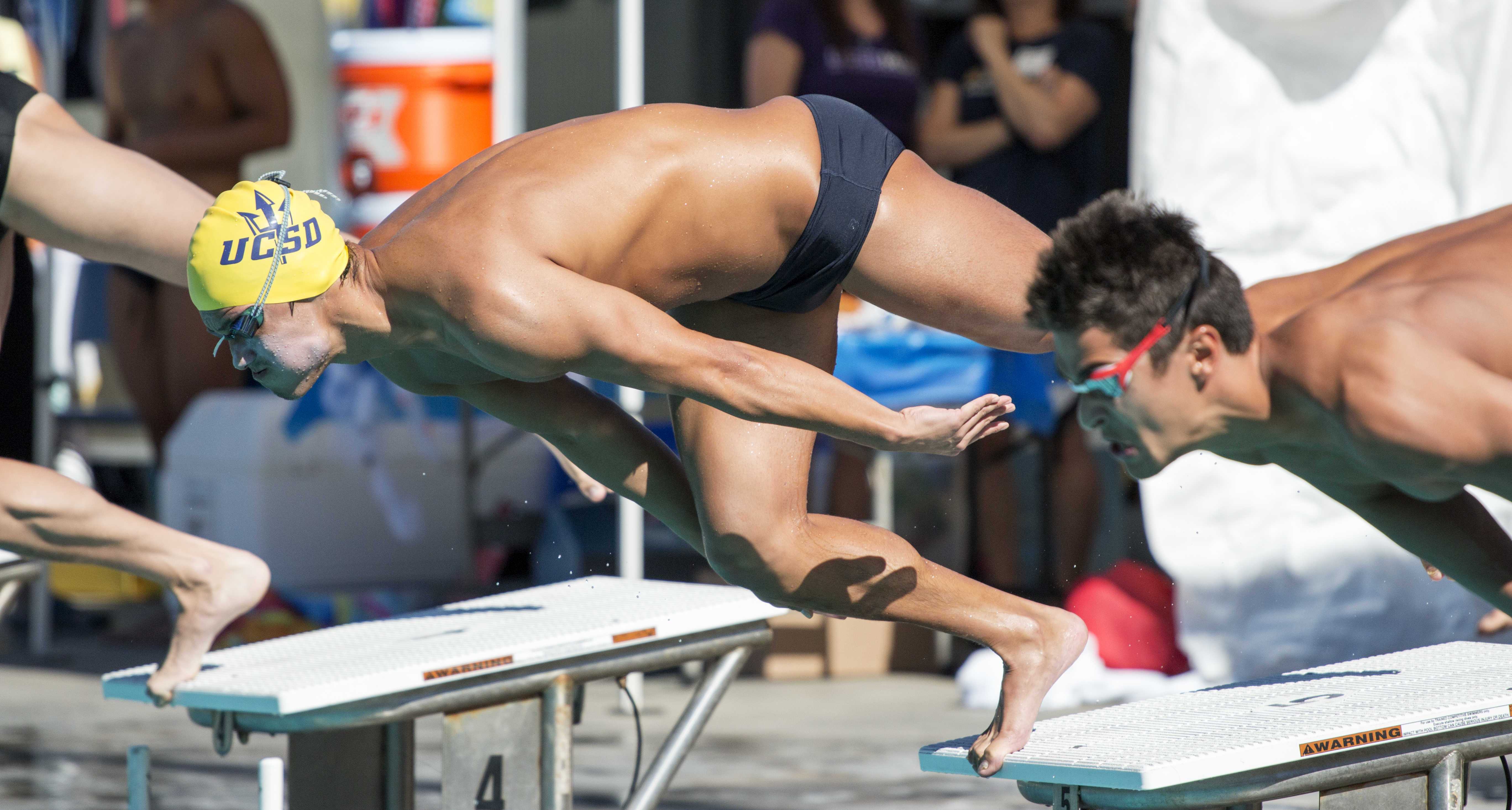 After opening its season with a win over Claremont-Mudd-Scripps at Canyonview Pool, UCSD swimming was on the road at Division-I opponent UC Santa Barbara’s Campus Pool this past Saturday. The Triton dive team stayed home as the Gauchos do not sponsor diving as an event. The swim team women lost 139–115 and are now 1–1 as UCSB improved to 3–1. On the men’s side, the Gauchos picked up their first win of the season (1–2) and beat UCSD (1–1) by 142.5–111.5.

Fourteen swimming events were disputed during the day. UCSD won four of them on the women’s side and only two on the men’s side.

For the women, sophomore Julia Toronczak had an impressive day against some stout Division-I opposition. She won the 200-yard backstroke in 2:01.46, the second-best performance of the season on this distance in the NCAA Division II. She had a four-second advantage on second-finisher junior Julia Mikota from UCSB. Mikota won the 100 back ahead of Toronczak who still managed to finish the race in 57.43, the seventh-best time in Division II.

Other top performers for the Triton women were fifth-year senior Dari Watkins, sophomore Jayna Wittenbrink and sophomore Stephanie Sin. Watkins won the 200 butterfly in 2:05.22, and Wittenbrink won the 100 fly in 57.35. Sin continued to perform well after the promise shown in her freshman season, winning the 1,000 free in 10:21.16 and finishing second in the 500 free in 5:00.55. Senior co-captain Colleen Daley finished second in the 50 free in 23.89, one of five NCAA provisional qualifying marks the Triton women hit. The four others came from Toronczak in the 200 back, Sin in the 500 and 1,000 free, and Watkins in the 200 fly.

The men did not hit any provisional marks but won two events. Senior AJ Zavala won the 100 breast in 58.07 and junior Zachary Yong emerged on top in the 200 breaststroke in 2:03.60, good for the ninth-fastest time in Division II. The six Tritons who won events on Saturday were also winners on their opening day.

UCSD gets a two-week hiatus before heading to East Los Angeles College in Monterey Park, Nov. 19 through the 21st, for one of their biggest fall-season meets, the A3 Performance Invitational. UCSD will serve as the off-site host.