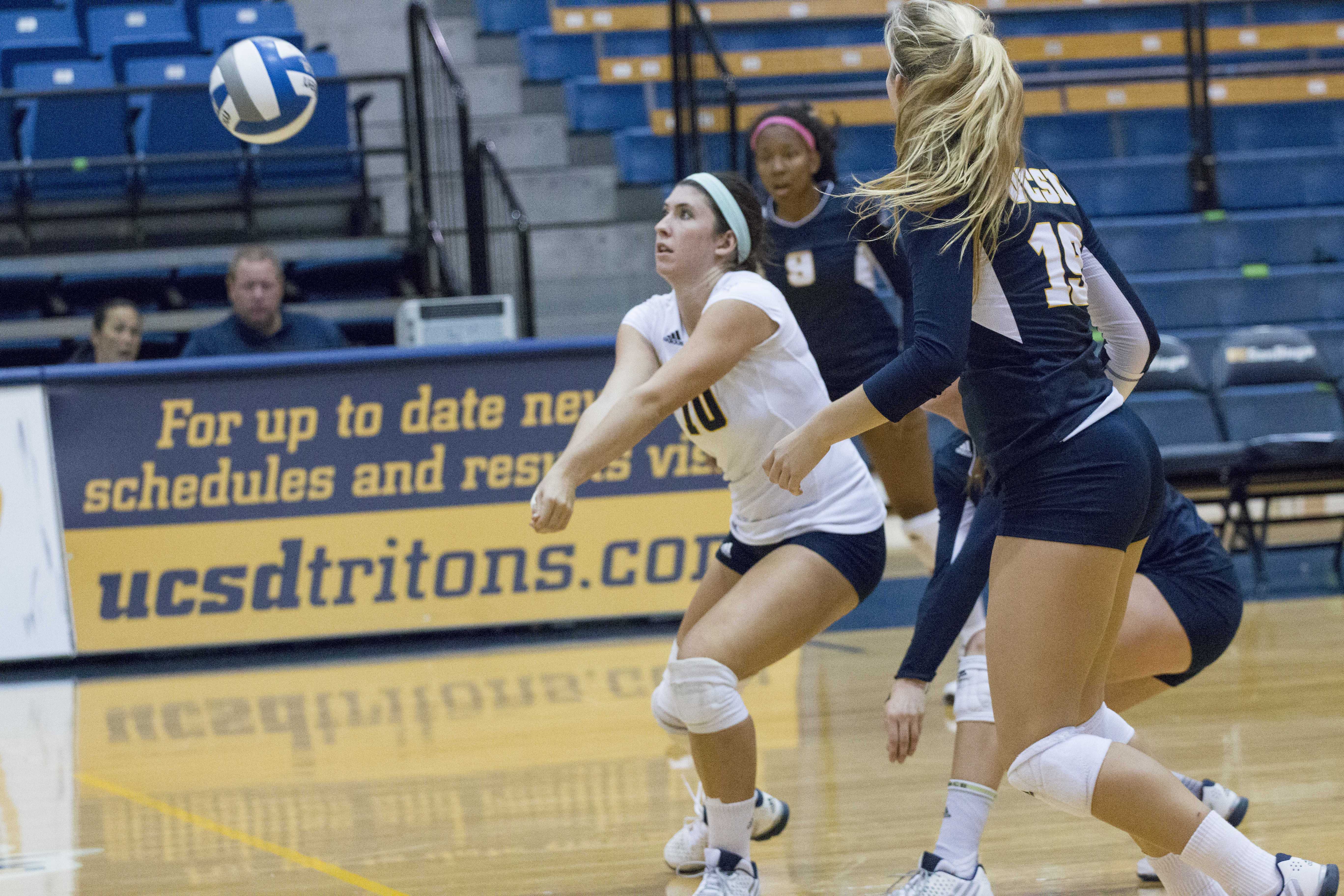 The UCSD women’s volleyball team defeated Cal Poly Pomona in three straight sets Sunday evening in Pomona. The Tritons dominated the Broncos 25–14, 25–16 and 25–15, winning all three sets by more than nine points. UCSD improved its overall record to 11–9 and 7–5 in the California Collegiate Athletic Association and has now won three of its last four matches. The Tritons are in a three-way tie for fifth place in the conference with Cal Poly Pomona and San Francisco State.

After scoring the first two points of the game, UCSD never gave up its lead in the opening set, cruising to a 25–14 victory. The second set was a little more competitive with eight ties and four lead changes. The Broncos led in the second set 12–10, but the Tritons scored four unanswered points to take a lead they would never give up. Up 16–15, UCSD went on a nine-to-one run to pull away from the Broncos and win the set to lead 2–0.

The Tritons started off hot in the third set, taking a rapid 13–6 lead. The Broncos answered with four straight points to keep it a close game, but UCSD eventually took nine of the last 10 points to win the match.

Junior outside hitter Meagan Wright led the way for the Tritons with 14 kills and 13 digs. Wright’s 14 kills and 15.5 points were the most for any player. In addition, it was Wright’s 12th double-double of the season. Wright has been on a tear recently with 10 or more kills in 18 of 20 matches this season.

“We played a good match without letting up when we had a lead,” UCSD Head Coach Ricci Luyties told the UCSD Athletics Department. “We were focused and determined to play hard every point, and it paid off with a road win against a team that’s been playing well.”

UCSD plays its next four matches at home in RIMAC Arena, starting with Chico State on Friday, Oct. 23. The game will be the Tritons’ annual Dig for a Cure match and will start at 7 p.m.