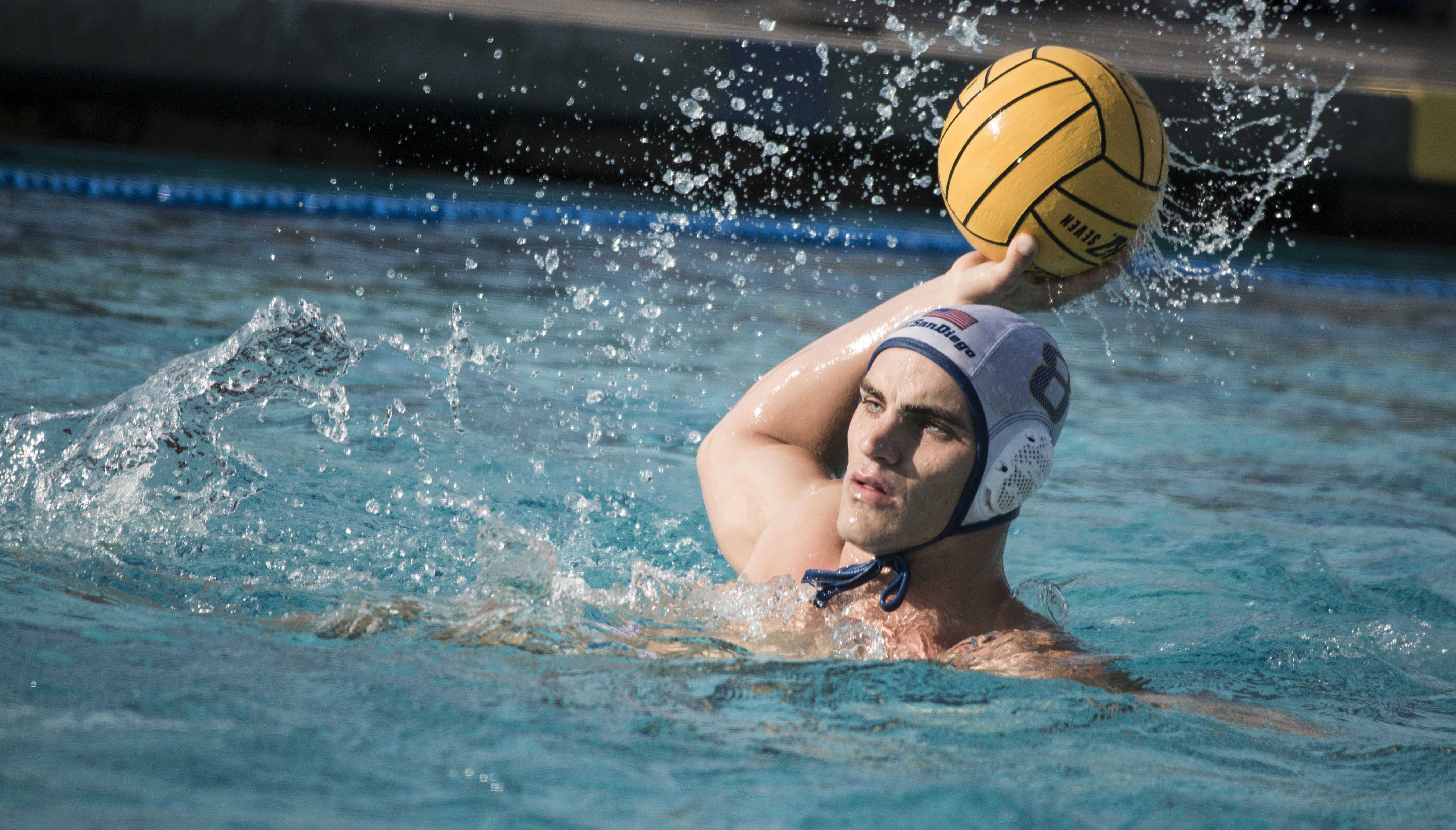 No. 10 UCSD men’s water polo traveled north to Stanford’s Avery Aquatics Center for the Kap7 NorCal Tournament this past weekend and took two of four games to finish 11th overall. The Tritons opened the tournament with an 11–6 loss to No. 7 Cal State Long Beach and a 15–11 comeback win against conference rival Santa Clara University on Saturday, then closed with a 12–9 loss against No. 12 Princeton and a 16–15 win against No. 16 Air Force on Sunday. The Tritons now have a 6–5 overall record.

UCSD opened Saturday’s play with a tough loss against an aggressive Cal State Long Beach team. Sophomore center Duncan Lynde pulled the 49ers to an early lead, scoring in the first 28 seconds of the first frame. UCSD responded with a goal to level the score, but Long Beach nailed one more shot into the cage to pull ahead at the end of the quarter. The 49ers held a 5–3 lead at the half then drove in the knife in the final frames, giving up just three points to the Tritons and scoring six to take a decisive 11–6 win.

“It was a tough game for us,” UCSD Head Coach Denny Harper told the UCSD Athletics Department. “They were very physical; we didn’t respond like we should have. It was a good learning experience.”

The Tritons made up for their slow start with a come-from-behind win against Santa Clara University in Saturday’s game two. The Tritons ended the first half at an 8–8 deadlock then crushed the Broncos in the second to seal their win. UCSD scored a whopping seven points and held Santa Clara to two goals in the third quarter and just one in the fourth, ending the day on a high note with a 15–11 victory.

The Triton team suffered another loss as they opened up Sunday’s play, falling 12–9 in a close match against Princeton. The Tigers’ freshman utility Ryan Wilson scored two to open the game, but UCSD’s redshirt junior two-meter Tyler Mancuso cranked a shot into the cage in the last nine seconds of the first quarter to close the gap. The Tritons clung to that one-point deficit through the half. However, the Princeton offense gained momentum in the third and increased the lead to two goals, then scored four more in the final frame to clinch the upset.

UCSD battled back against Air Force on Sunday evening and ended the tourney with a narrow 16–15 win. The Tritons began play with an powerful offensive onslaught, scoring four goals and holding the Falcons to just one in the first minutes of the first frame. Senior utility Chase Cockerill slammed one more into the cage in the last 50 seconds of the quarter to increase the Tritons’ lead to four, but the Falcons answered with two more fast shots in the last 21 seconds of play to narrow their deficit. The teams ended the first half tied at 8–8. The Tritons then pulled to a narrow one-point lead in the third and held off the Falcons for one more quarter on their way to a win.