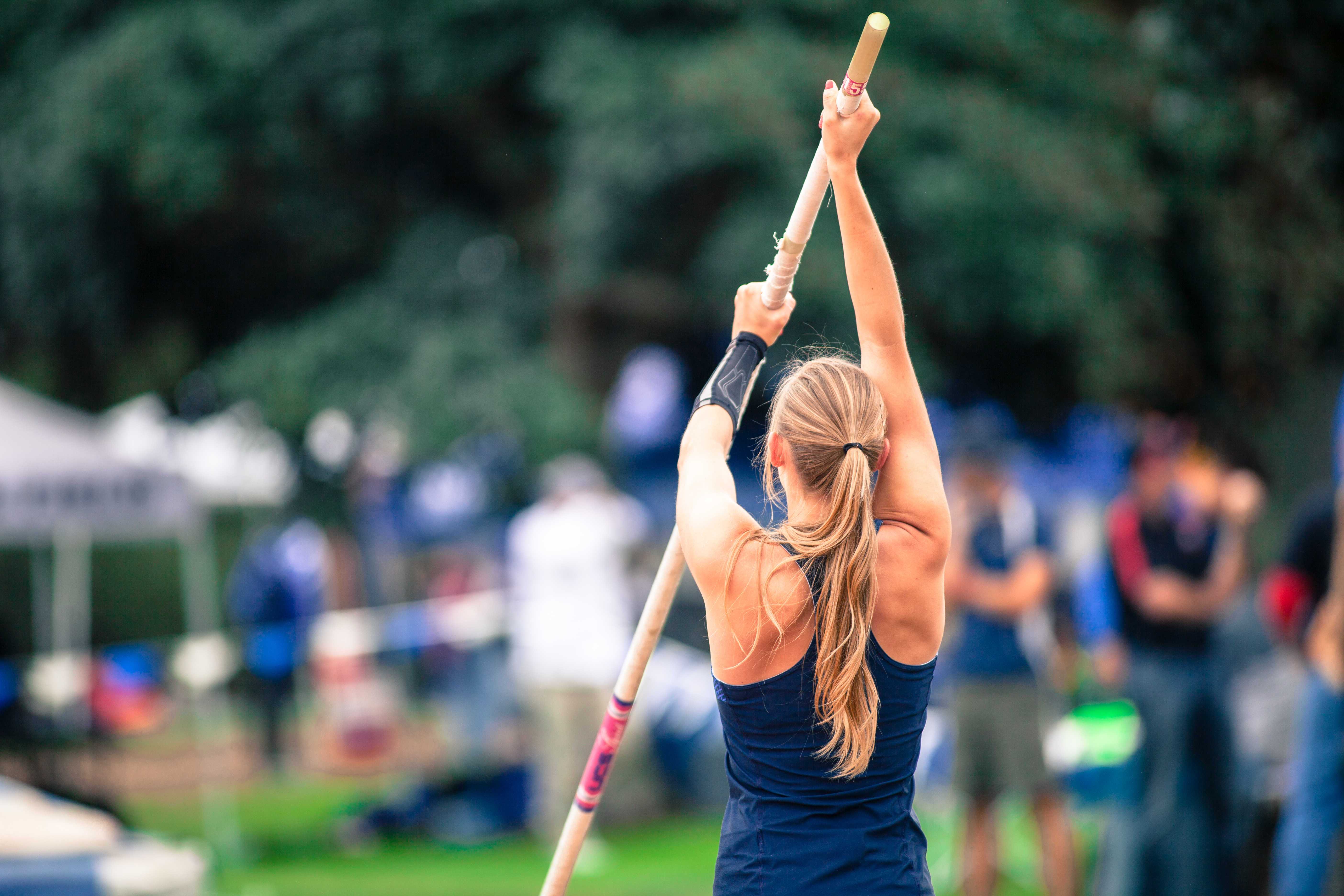 The UCSD track and field season concluded this past weekend as five Tritons competed in the Division-II NCAA Championships in Allendale, Michigan. The Tritons had mixed results, with freshman Matt Bowen being the only one to achieve All-American status in the triple jump. Two-time All-American senior Nash Howe failed to repeat a third time in the javelin, finishing in 10th, while the three other Tritons failed to crack the top 10 in their respective events.

Competing on Thursday of last week, sophomore pole vaulter Chrissi Carr was the first of the five to represent the Tritons. Seeded 15th with a mark of 3.80 meters, Carr tied for 16th, clearing 11-9 3/4. After fouling the first two of her three tries, the bar fell on her third, but officials deemed it legal, claiming that the wind caused it to fall. Carr was unable to clear the next mark, 12-1 1/2 in her three allowed tries, thus ending her NCAA Championships debut.

Also making her NCAA debut, sophomore Savanna Forry competed in day two of the championship meet on Friday, tying for 11th place in the high jump. Although coming in as the No. 6 seed with a mark of 5-8, Forry was only able to clear the 5-5 mark, falling short of her championship aspiration. She opted not to jump on the starting height of 5-3, cleared the 5-5 mark in one try and failed to clear the next height of 5-7 in three tries.

“NCAAs didn’t go exactly how I had hoped, but I still made a big improvement as a jumper by coming in at the second height and clearing it first attempt,” Forry explained to the UCSD Guardian. “It was such a fun trip, and I was thrilled to have the privilege of going and competing against the best of Division-II so I know what to look forward to and expect for next year.

I am anxious for next season to keep working toward the school record and to watch the rest of my team succeed as well. We have a lot of talent and next year is going to be the year.”

Bowen provided some positive results for the Tritons in the second day of competition, earning All-American status with a sixth-place finish in the triple jump. After jumping 49-11 in his first three attempts, Bowen sat comfortably in seventh place and thus advanced to the finals, where he had the opportunity to jump three more times. On his second attempt in the finals, he jumped an amazing 50-5 1/4, putting him in sixth place, where he would remain. This mark earned him All-American honors and improved his own career best and made the second-best record on UCSD’s all-time list.

“Going to nationals was so much better of an experience than I expected,” Bowen told the Guardian. “The competition was awesome, and everyone really showed up to win. It was a huge honor to receive the All-American award as a freshman. I had a huge jump that scratched, but that just means next season will be even more successful than this. That jump really got me excited about next season because both my coach and I believe I’ll be breaking the school record next year!”

Another first-time NCAA qualifier, senior Ellexi Snover, the 17th seed, finished in 16th in the javelin on the final day of competition. Her first throw of 106-5/12 came up extremely short of her 143-5/12 mark that earned her the trip to nationals. After fouling on her second attempt, she improved her first attempt’s mark to 134-1/3, but that was not good enough to take her to the finals. She finished 16th out of 20 competitors.

Howe — who was the lone automatic and veteran qualifier for the Tritons — concluded his UCSD track and field career with a 10th-place finish with a throw of 207-7. Howe was just a few feet shy of advancing to the finals and earning three more throws to improve on his performance. His disappointing finish, though, will not overshadow his remarkable career at UCSD. He will be remembered as a two-time All-American, three-time California Collegiate Athletic Association champion in the javelin and the No. 2 record-holder for this event on UCSD’s all-time list.

Despite Howe and Snover graduating, UCSD will have a strong group of returning athletes looking to repeat this year’s strong CCAA finish. With so many school records broken this season, the Tritons’ track and field teams will surely improve upon their already successful season.