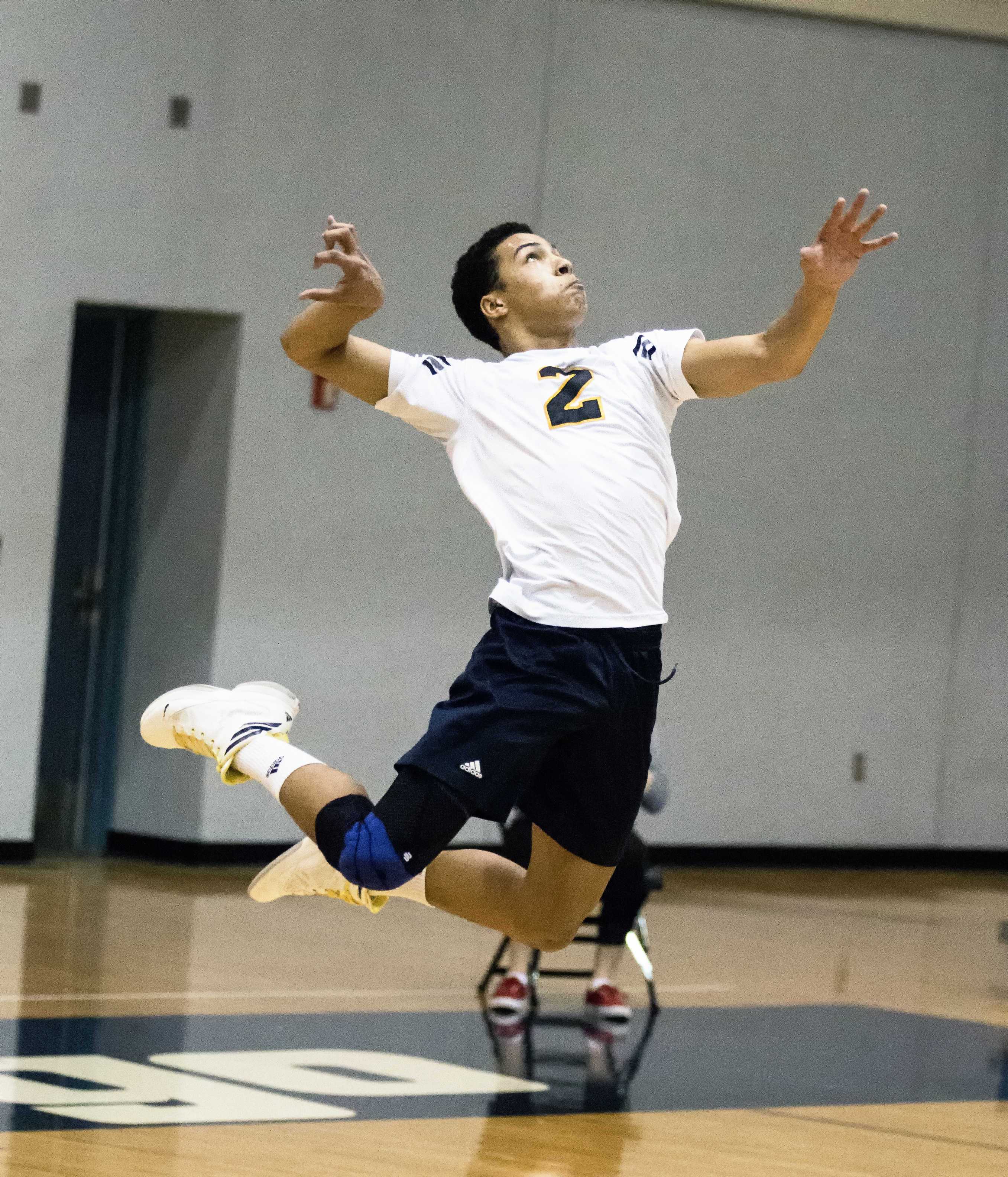 A young volleyball team puts up a fight but loses against No.4 UC Irvine, now looks ahead to next season.

The UCSD men’s volleyball team ended the season with a loss in three sets against No. 4 UC Irvine on Saturday night at Bren Events Center. The Tritons pushed the better-ranked team close but fell to set scores of 25–17, 25–21 and 25–15. The win gave UC Irvine the number one seed for the upcoming Mountain Pacific Sports Federation tournament.

The game began with Irvine taking charge and grabbing a swift 5–2 lead in the first game, with help from three Triton errors. Although this lead extended to 7–2 shortly after, the Tritons edged closer and were only down 11–9 in the middle of the set. The comeback featured two kills from sophomore outside hitter Ian Colbert, as well as a kill apiece from sophomore middle blocker Shayne Beamer and redshirt freshman opposite Tanner Syftestad. However, the comeback did not last, and for the rest of the set, the Anteaters dominated. The hosts regained a big lead of20–12 in a period of play featuring three back-to-back kills from senior outside hitter Travis Woloson. Although the Tritons managed a four-point flurry toward the end of the game, which saw two consecutive blocks first from Syftestad and then from Beamer, UC Irvine carried on the attacking dominance to take the first set 25–17.

The second set saw a turn in the fortune at the start, as the Tritons managed to take a 3–1 lead thanks to a kill from junior outside hitter Kirill Rudenko and two consecutive blocks from Beamer. The Anteaters managed to level the score at 3–3 and the set continued in an evenly matched fashion as the team tied nine times in the set. The turning point came at 14–14, when UC Irvine managed to build up a three-point advantage for the first time in the match and lead 17–14. The Tritons did manage to come within a point of their opponents as freshman setter Milosh Stojcic hit a service ace to bring it to 18–19, but the Anteaters simply proved too good in the final stretch of the set and managed to take a 2–0 advantage with a 25–21 set victory.

After matching up well with their higher-ranked opponent in the second set, the Tritons looked to continue their strong showing when they took the first point of the set with a Colbert kill. UC Irvine answered and sped away, picking up a 5–1 lead. The Tritons tried to compete, picking up two points to bring the score to 5–3, but seven unanswered opposing points gave the hosts a lead which the Tritons could not recover from at 12–3. The Tritons did show a lot of heart, picking up eight of the next 11 points to bring the score to 15–11 in a period that featured two Syfestad kills. However, UCSD was unable to keep up the momentum, and the Anteaters dominated, took the set 25–15, and with that the match.

Despite the loss, the performance showed huge signs of promise. UCSD out-blocked its opponents 8.5–4.0, the sixth time the men have out-blocked an opponent this season. On top of this, Colbert and Syftestad racked up eight kills each, with Colbert also tallying a team-high six digs.

“I felt like we competed with them really well in the first two sets,” UCSD men’s head coach Kevin Ring said. “Offensively, they were stronger — particularly they had a few really strong servers. Apart from that, I think we matched them all over the court and were very happy with our block ratio compared to theirs.”

The loss puts UCSD at 2–26 for the season. However, UCSD has a young team that showed some promise down the road and will look forward to improving its record next year.