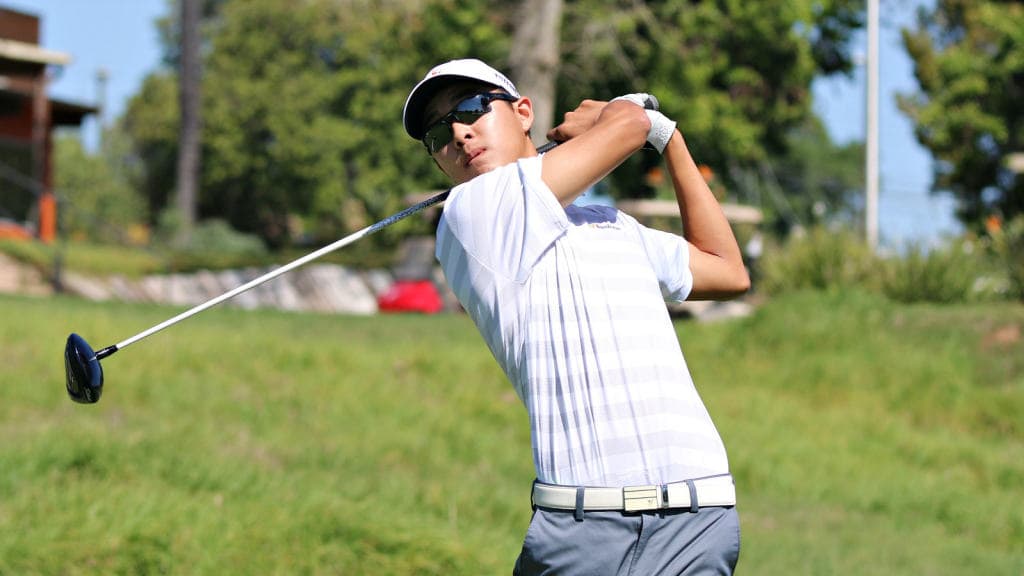 UCSD golf shows up big at the Pioneer Shutout behind a 4th place finish by junior Clayton Yamaguchi.

The UCSD men’s golf team played its first tournament of Spring Quarter 2015 at the Pioneer Shootout this past Monday and Tuesday and finished near the middle of the pack, tying for 11th place out of 20 teams. Junior Clayton Yamaguchi led the way for the Tritons, placing fourth in a field of 108 participants.

The Tritons ended day one shooting with a two-round total of 624. After hitting a 315 (+27), the team was able to rebound in the second round with a six-stroke turnaround, scoring 309 (+21) to move up to the 13th spot, one of only five teams to score better in the second round than the first.

Yamaguchi had a stellar performance in day one. He went two strokes over par, hitting 70 on a par-72 for the first round and a 76 in the second, which included six birdies and 23 pars. Yamaguchi placed in second place overall after day one.

“Clayton played great this morning and hung tough during the second round,” head coach Jim Ragan told the UCSD Athletics Department. “He is in great position to make a run at winning the tournament tomorrow.”

Yamaguchi would again hit a 76 (+4) in his final round, which placed him at fourth overall. The fourth place finish was Yamaguchi’s best since his freshman year where he placed third at the 2013 California Collegiate Athletic Association Championships.

“Clayton played well and fought back from a rough start to get a top-five finish in a strong field with over 100 players,” Ragan said. “He really hit some quality shots out there today.”

CCAA foe Cal State Monterey Bay ran away with first place in the tournament, shooting a two- day total of 897 (+33), 10 strokes ahead of runner up Sonoma State (907). Chico State came in third with a score of 910, only three strokes behind Sonoma State.

The Tritons have two weeks off until April 13, when they travel to Turlock, California for the Hanny Stanislaus Invitational in which the Tritons placed ninth of 19th last year.

“The conditions were tough today, and the team hung in there to climb a couple of spots,” Ragan said. “The team is getting better, and we are looking forward to our next event.”