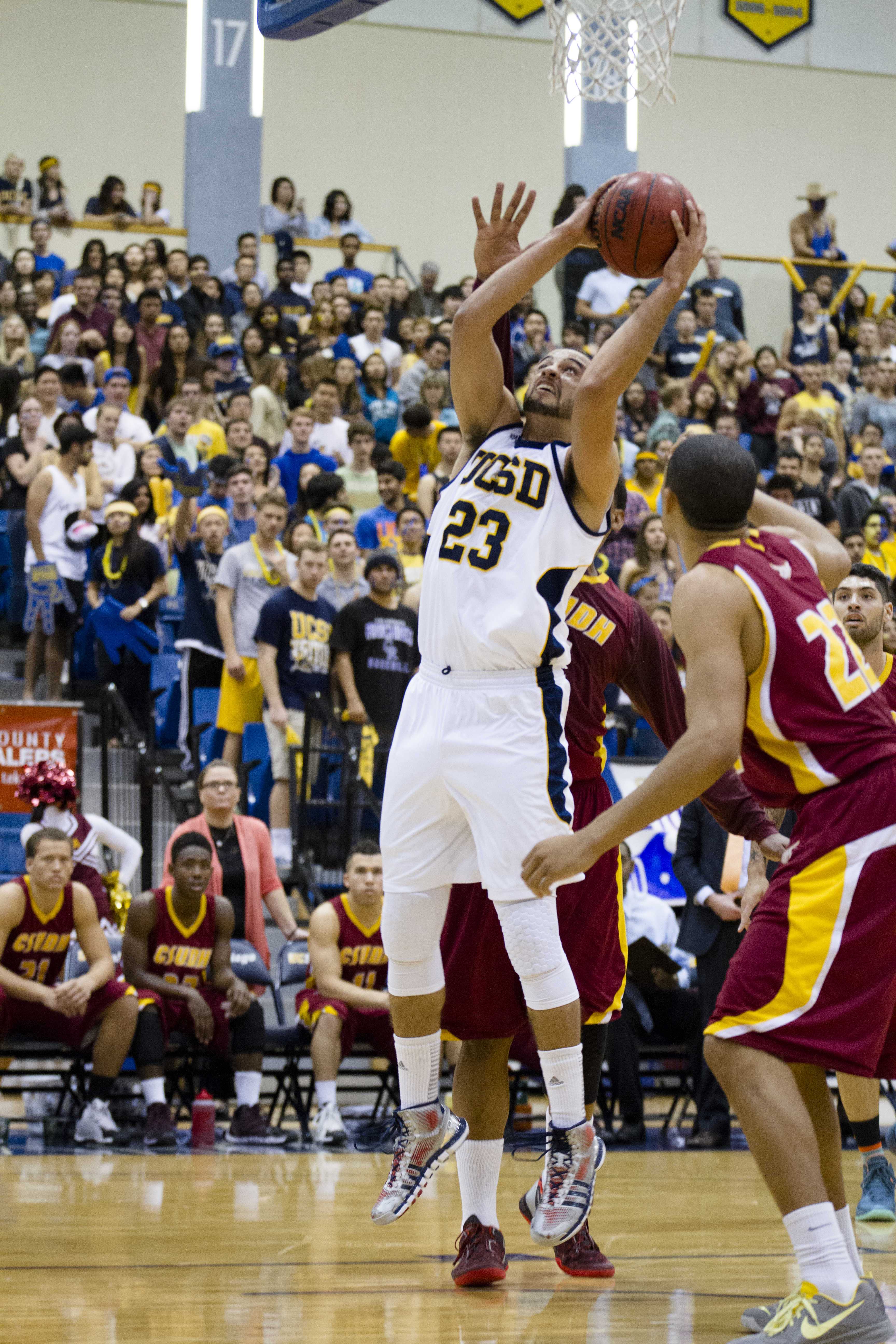 Despite shooting 3–22 from beyond the arc on Friday night, the Tritons were finally able to find some offensive footing. The team shot 44 percent from the field, after only averaging 37 percent in the three previous games.

Again, UCSD’s activity on the defensive end made it difficult for the Toros to surmount any type of offensive run. The Tritons forced 16 Dominguez Hills turnovers and were able to score 19 points off of those takeaways.

“I think the defensive end of the floor really did a good job of limiting their opportunities, especially in the first half,” UCSD head coach Eric Olen told the UCSD Athletics Department. “[It] allowed us to create some separation when we did miss shots.”

UCSD also outscored Dominguez Hills in the paint 30–18, largely thanks to sophomore guard Adam Klie’s play. Klie finished with a season-high  20 points on 72 percent from the field and also corralled six rebounds.

After starting the first half of the season in what looked like a sophomore slump, Klie could not have found his offensive groove at a more perfect time as play shifts into the postseason. In the last eight games, Klie has averaged 15.3 points and 6.6 rebounds compared to 10.4 points and 4.3 rebounds earlier on. Klie credits his recent offensive surge to his propensity to drive to the basket.

“Whoever is guarding me, I always feel like I can get to the rim,” Klie said. “It’s always been the way I play so hopefully I can mix in a long-range shot or outside shot, but if it’s there, I’m going to take it.”

The Tritons never trailed in the game, leading by nine at halftime and widening the margin to 14 halfway through the second.

The Tritons built on their momentum in Saturday’s 61–44 win against Cal State Los Angeles.

Sophomore guard Aleks Lipovic shot lights out from long distance, hitting 6–9 from three for a season-high 22 points. Lipovic had been cold in recent games — averaging only four points in his last five — making his performance a welcoming sight for the team as the season wraps up.

“I’ve been struggling as of late so it felt good to get the first one in and then it kept rolling from then on,” Lipovic said. “We’re doing well getting in the paint and that was sucking in the defense and I was lucky to get some shots up early.”

Klie continued his double-digit scoring streak with 13 points and five rebounds. Walker also finished in the double digits with 10 points and four rebounds.

Although UCSD is guaranteed a spot in the playoffs, the team can land anywhere from the third seed to the sixth by the end of next week. With only two games remaining in conference play, the coaches and players recognize that the team must continue playing at a high level.

“That was one of our definite goals coming into the year, finishing in the top six,” Klie said. “It’s great to be there, but we still have work to do tomorrow night and next weekend. We’re not thinking too far ahead right now. We’ll cross that bridge when it comes but definitely excited and definitely fun to be a part of.”

The Tritons wrap up their regular season next week as they go back on the road for two pivotal games. On Friday, UCSD looks to avenge a previous loss and break its conference tie with Humboldt State (13–7), which has gone 7–1 since their last meeting. The Tritons will then travel to Cal State San Bernardino (12–8) to take on the Coyotes in their season finale.