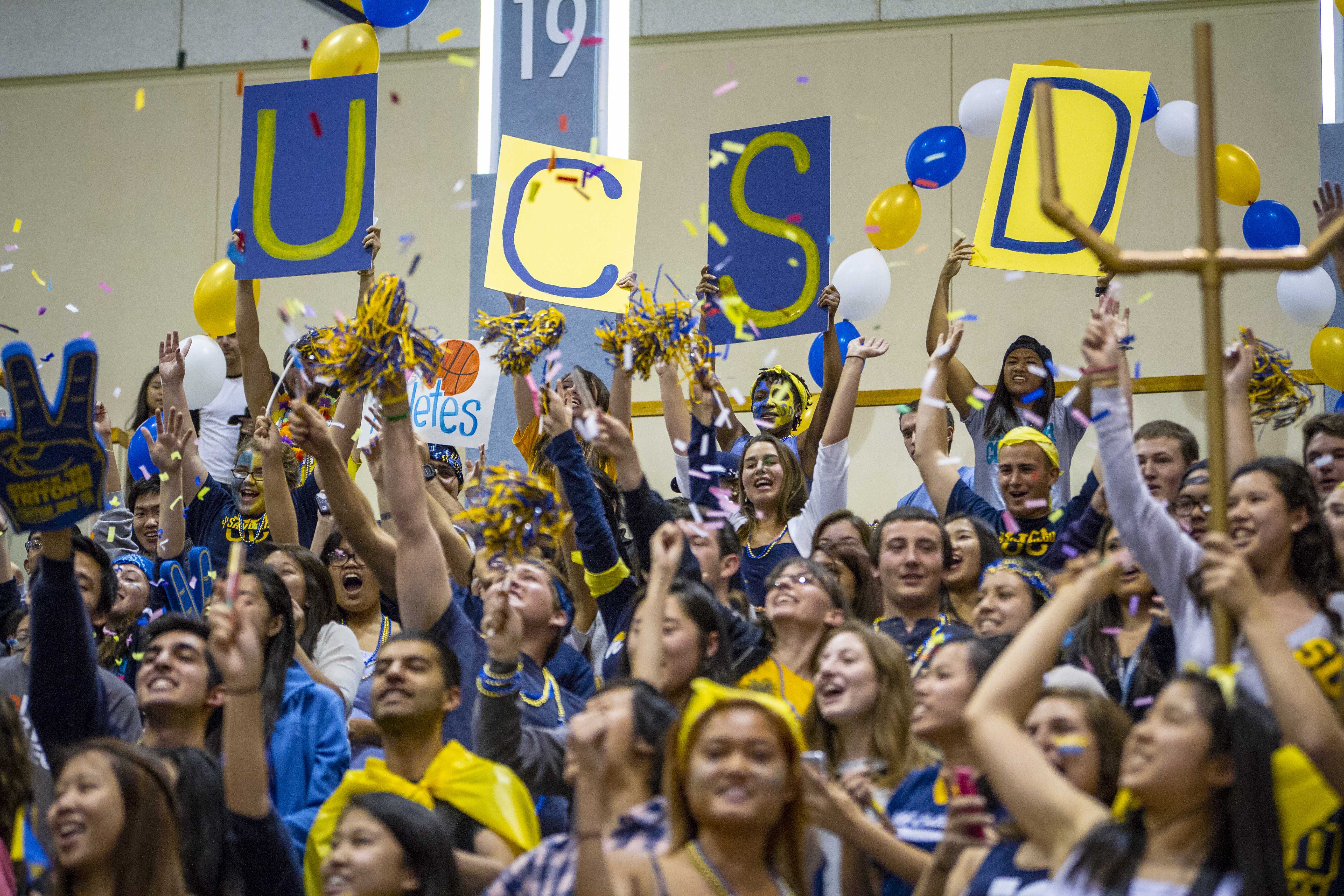 The Triton baseball team claimed its sixth California Collegiate Athletic Association title in 2014 after achieving a regular season record of 38–16. The team further distinguished itself by advancing to the final round of the Division II NCAA Western Regionals before being narrowly ousted by Chico State. On the field, the bullpen produced a 3.23 ERA compared to opponents’ 6.29 ERA, while Triton bats averaged .294 at the plate over their opponents’ average of .253 at bat. Outside of collective success, individual players were recognized on local, regional and national levels for their talents on the field and in the classroom, as several Tritons qualified for numerous First Team selection honors. In a season full of ups and downs, the Tritons consistently came up in the clutch and stood out as the best squad in the past year for UCSD.

In the final year of his amazing Triton career, Korth went out with a bang, taking the NCAA Division II, national-champion title in the 200-meter breaststroke in March. His time of 1 minute, 54.45 seconds shattered the Division II national and UCSD school record. As for the rest of his national performances, Korth took third in the 100 breaststroke, breaking his own school record; he swam in a school record-breaking, fourth place-finish in the 200 free relay; he and his relay team broke the school record in the 200 medley relay; and he ended with five All-American performances to make him an 18-time All-American. For his elite efforts in the water, Korth is not only a national champion on the podium but also our pick for Male Athlete of the Year.

For the second straight year, the UCSD Guardian has chosen Sarah Lizotte as the Female Athlete of the Year, but the repeated honor comes with good reason. The senior utility of the women’s water polo squad led the Tritons yet again in goals (84), tied for most in assists (51) and topped a number of other statistical categories. She was Western Water Polo Association Player of the Year for the second season in a row, lifting UCSD to its third straight NCAA Championship Finals appearance. Early in her final year as a Triton, Lizotte netted her 246th goal to shatter the UCSD all-time scoring record, previously held by former Olympic silver medalist and U.S. national team captain Julie Ertel. Ever since Lizotte arrived at UCSD, she has distinguished herself athletically from the rest, and this year was no different.

The best coaches come out with the best results, and for the 2013–14 season, Falcon and Macedo pushed the UCSD swimming and diving team to achieve incredible feats. The men’s and women’s squads both finished first overall at the Pacific Coast Super Cup league championships before moving onto the NCAAs, where the women finished fifth in the nation while the men earned the seventh best results in the country. In total, the Tritons had a whopping 41 All-American distinctions at nationals and broke seven school records. And, perhaps most admirable of all, two national champions and seniors Nicholas Korth (200-meter breaststroke) and Anji Shakya (500 freestyle) swam under Falcon and Macedo’s guidance this season. The past campaign was only the third coaching year for both Falcon and Macedo, and their expertise and mentorship will only continue to elevate the Triton teams in the years to come.

Of the hundreds of contests throughout the 2013–14 UCSD athletic year, it speaks volumes when our choice for the Game of the Year was a Triton loss. Despite the bitter outcome of the women’s basketball team’s 68–67 overtime loss to Cal State Dominguez Hills, the game was a classic. On Spirit Night, the Tritons found themselves down 17 points with just over 11 minutes remaining. However, UCSD crafted a miraculous comeback, going on a 22–5 run, to knot the game up at 55. The Toros retook the lead with a layup, and the Tritons were once again down a score with only 0.4 seconds remaining. With less than a half second, Stephanie Yano inbounded the ball to Megan Perry, who nailed a 10-foot jumper to send the game into extra time and send the jam-packed arena into a frenzy. The Tritons failed to win in overtime, but the game was one for the record books.

Despite falling short of qualifying for the NCAA Nationals, the baseball team’s clutch and memorable games in the CCAA Tournament gets our nod for the Best Championship Performance. Coming in as the No. 3 seed, the Tritons were 5–3 victors in their opener against Chico State with the help of a late double by senior Garrett Tuck. The Tritons would come through the clutch again in the following game against Cal Poly Pomona. Senior catcher Nick La Face hit a walk-off, two-out runs batted in double in the 11th to bring in Eric Lewis with the dramatic slide at home for the walk-off victory. The championship game was another classic rematch against Chico State. With the scores tied 7–7 in the seventh, the Tritons capitalized on the Wildcats’ errors and had two RBIs from Lewis and freshman Jack Larsen to reclaim their fifth CCAA Championship Banner in six years.

The 2013 Gatorade Alaska Basketball Player of the Year took no time making an impact on the men’s basketball team in his first year as a Triton. Klie immediately found himself in the rotation, starting in half of the season’s contests and averaging 28 minutes per game. Klie ended the season with the third highest point total with 262, behind senior James McCann and sophomore Drew Dyer, averaging 10.1 points per game off a team-best .492 field-goal percentage. Outside of offense, Klie averaged 3.7 rebounds per game, dished out 38 assists and picked off 23 steals. To top it all off, Klie earned the CCAA’s Freshman of the Year award to highlight a stellar rookie year. With senior James McCann graduating, Klie looks poised to take over for the Triton basketball program and take it to new territory over the next three years.

As outlined under our Female Athlete of the Year category, Lizotte has had quite the year. However, earning the Senior of the Year award deviates somewhat from simply tallying up the statistics, records and accolades. The seniors of every athletic team are the seasoned veterans, the experienced mentors and the poised leaders, and Lizotte fully embodies these core qualities to stand above every graduating Triton. Lizotte racks up the goals, but she also serves as the core voice and heart of one of the best water polo teams in the nation. In short, she knows the game and she knows how to lead. Lizotte told the Guardian she chose UCSD above a host of Division I universities because she wanted to make a lasting impact. In four short years, she has not only made an impact but has shaped the face of the Triton program.

In his first season in a Triton junior transfer and second baseman from Fullerton College, Erik Lewis contributed the greatest overall batting average in the Triton order. He finished the season at .359 overall after 195 at-bats and led the team in runs and hits at 56 and 70, respectively. Despite his newcomer status, Lewis immediately made his presence known, appearing in all 54 games of the 2014 campaign and starting in 53 of them. Lewis finished the season with a slew of accolades and honors: He was selected for the Daktronics All-West Region First Team, National Collegiate Baseball Writers Association All-West Region Second Team, All-CCAA First Team, NCAA West Regional All-Tournament Team and CCAA Championship All-Tournament Team honors on the year. Lewis’s breakout role will surely prove essential in the Tritons’ game in 2015.