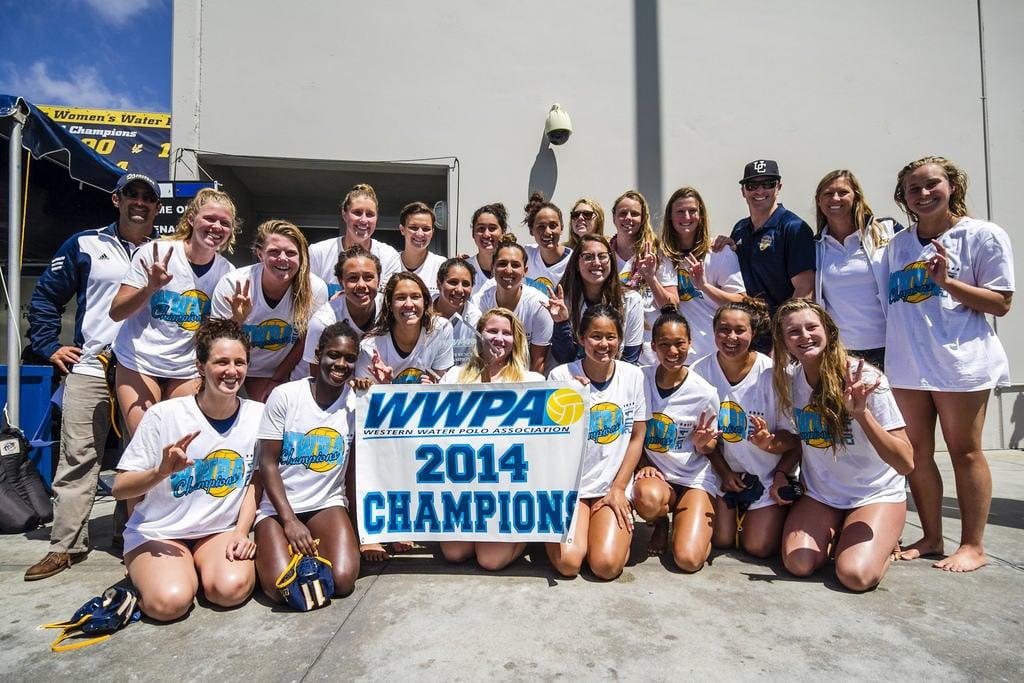 The No. 13 Tritons cruised to their second straight Western Water Polo Association conference title with a 16–3 blowout victory over Cal State East Bay, earning a berth in May’s NCAA tournament.

For the second straight year, the No. 13 UCSD women’s water polo team has earned an automatic qualifier for the NCAA women’s water polo championships after winning the Western Water Polo Association conference tournament this past Sunday, April 27. The win marks the third WWPA championship for the Tritons in the last four seasons and the first repeat in UCSD history.

On Saturday afternoon, the Tritons had no trouble in a dominant performance against Sonoma State. UCSD held an advantage the entire way through, as the Tritons outscored the Seawolves in all four quarters.

The Tritons opened the match with a goal from All-WWPA First Team selection Melissa Bartow, building up a commanding 8–2 edge by the end of the first half.

In spite of his team’s strong opening, UCSD head coach Brad Kreutzkamp still admitted some rust on the part of the Tritons.

“[We had] a week off,” Kreutzkamp told the UCSD Guardian. “Sonoma had already played two games — this was their third — so they were a little sharper than we were. We had to get off some cobwebs.”

The Tritons closed out the match with a solid second half, outscoring the Seawolves 6–3 in the final two quarters en route to the 14–5 victory.

In Sunday’s championship contest, the Tritons were in full control from the get-go, as UCSD racked up a 7–0 edge over Cal State East Bay during the first quarter.

“It’s a championship game so you get excited and you get ready to come out pretty aggressively, and I think that’s what happened today,” Lizotte said. “We came out hard, and we didn’t let up the whole time.”

By the end of the third quarter, Cal State East Bay mustered only one goal while the Tritons overwhelmed the Pioneers to build up a 14–1 lead.

In the final quarter, UCSD tallied two more goals to secure the 16–3 win.

“To me, [the win] shows how hard this team’s been working,” Kreutzkamp said. “[You] never know how the results are going to come out. For the last three out of four years, they’ve come out our way.”

Guiliana appeared to be flustered and at a loss of words when asked about the accolade.

Lizotte, UCSD’s all-time leader in scoring, finished with four goals in her final match at UCSD.

With the conference championship in the books, the Tritons now look ahead to focus on nationals. Because UCSD earned an automatic qualifier, the Tritons are first slated to compete in the NCAA play-in game on Saturday, May 3. The contest essentially counts as an early first round for the Tritons, who will have to win to advance further in their postseason.

The Tritons will discover the identity of their opponent on Monday, April 28 when full announcements for the seedings and schedule air on a selection show at 5 p.m. on the NCAA website.