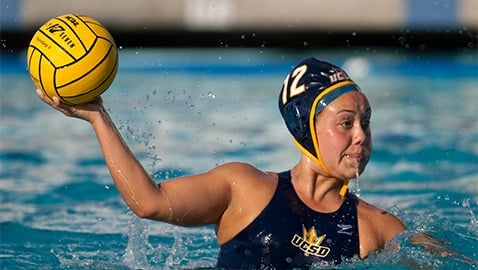 UCSD started quickly against Marist College in the opening game of the Invitational, scoring five in the first quarter. Lizotte and senior center Melissa Bartow each contributed hat tricks to boost the Triton offense early in the match. Sophomore goalie Courtney Miller made seven stops which gave the Tritons the 16–9 advantage.

The Tritons faced conference opponents Loyola Marymount in their second game Saturday, losing 6–7. Both teams exchanged goals throughout, but UCSD held on to a 6–5 lead late in the fourth with under a minute to play. LMU capitalized on an ejection to allow the Lions’ Alexandra Honny to score the tying goal and force overtime. LMU gained the lead in the first overtime quarter and held on to beat the Tritons. Sophomore defense Alexis Wieseler and Lizotte both found the back of the cage twice in the loss, while Bartow and junior attacker Jolene Guiliana scored one goal each. Miller tacked on another nine saves in the game, raising her total on the day to 16.

“It’s a tremendous accomplishment,” Lizotte said. “The record has been held by Julie Swail, so it’s an honor to be recognized alongside a truly remarkable athlete.”
Long Beach held the Tritons to one goal in each of the first two quarters and was ahead 4–2 at the intermission. UCSD answered after the break, first tying the game 5–5 in the third and then cutting the deficit to one point after Long Beach jumped ahead 8–7. Still, it wasn’t enough to overtake the lead, as Long Beach closed out the game 9–7 after scoring in the final minute. 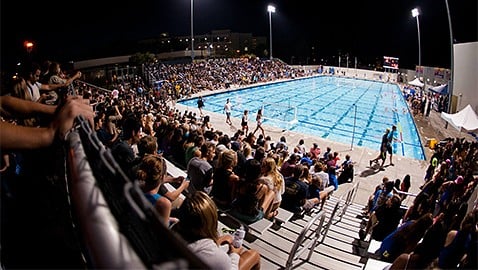 In the fourth and final game of the tournament against Santa Clara University, goals from Bartow and Lizotte gave UCSD an early 2–0 lead. Held to just one goal in the second period, the Broncos cut the Triton lead down to 5–4. Both teams scored two goals in the third to bring the score to 7–6, but UCSD found the back of the cage four times in the fourth and won the game 11–7.

The Tritons will travel across the country this weekend for the Bison Invitational hosted by Bucknell University, but hope to take the lessons learned from last weekend with them.

“It’s hard to lose one to two goal games like the ones we did last weekend and not analyze everything that went wrong,” Lizotte said. “We took our losses as kind of a way to improve on the areas we need to work on, and hopefully this weekend is a testament of our progress.”

UCSD will face Bucknell at 4 p.m. on Friday, Feb. 14 in Lewisburg, Pa. to kick off tournament play. The Tritons will face five opponents total in the tournament, which ends next Sunday, Feb. 16.