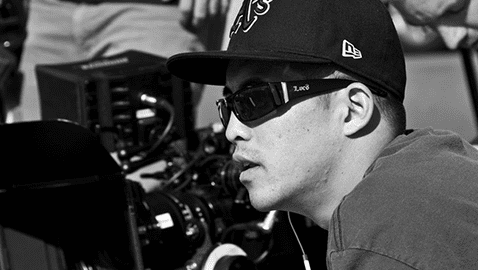 Guardian: What drew you to Vanna’s story?

Byron Q: Just the struggles he had to go through at such an early age and still having, you know — if you meet him, he’s the most humble person you’ll ever meet and just very genuine and very loyal and very committed to what he’s doing. When I grew up, I also was raised by a single mom and shared that type of family environment of a broken family. So a lot of that also drew me towards the story. Something I could relate to.

G: You introduce the film with the line, “Get ready for a true story.” Why do you feel it’s important to tell true stories or stories rooted in reality?

BQ: There’s a greater amount of illusion to truth with the coming of reality TV; most of it’s false and really fabricated, but it’s given to you in form of truth. And I think the media, too — you know, when you watch news and read articles, everything has a false spin to it. I’m not saying this documentary doesn’t have its own objective or point of view, but that’s kind of the whole exploration of this project — a search for truth and a search for something that’s authentic.

G: What does the term “Raskal Love” mean to you?

BQ: “Raskal Love” basically means just brotherly love and family. I think that’s something I got through making the documentary, and that’s something that’s actually a real term that the TRG [Tiny Raskal Gang] members use. It’s not something that I just came up with for this; it’s something that had already been there. They take that as when somebody shows up at your doorstep, you take care of them. You do whatever it takes. You give them food, house, protect them — what it really comes down to is family.

G: What do you want people to take away from “Raskal Love”?

BQ: My idea for “Raskal Love” and what I want people to get out of it is a different perspective on the whole gang culture. I think we’ve seen the portrayal of gangs as something negative — all gangs are just bad and just violent. But our society is based on gangs. The gang is a family, so to destroy gangs is to destroy the concept of family. Our society, the government, the CIA, organizations: All of it is based around a gang essentially. The idea of a gang as a family — [Vanna] wanted to use that to empower [the members] in a positive way, like, “Why don’t we help each other, help members of the community, as a gang, as a group, as a family.”

One thought on “FAQ: Byron Q”