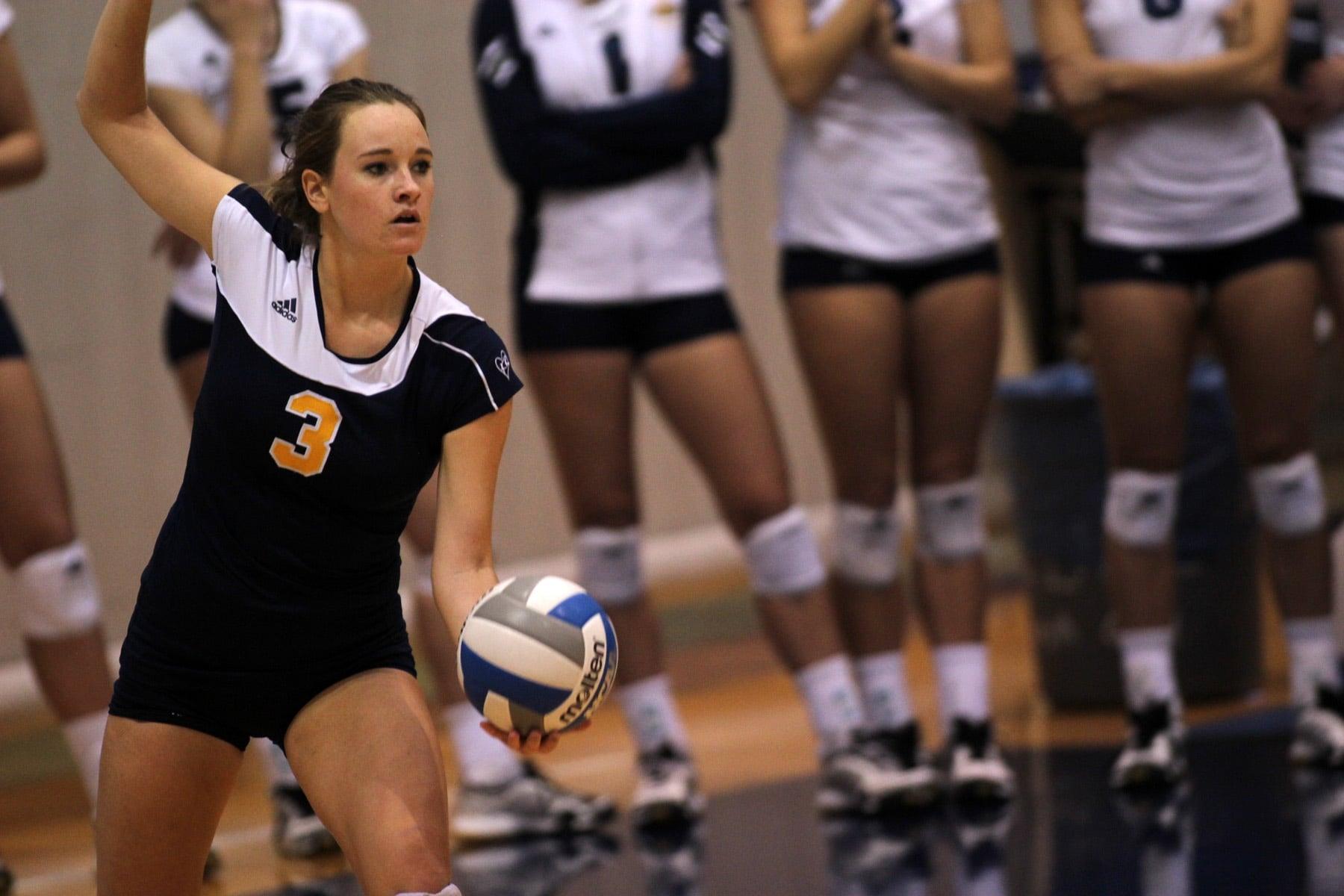 The UCSD women’s volleyball team finished a seven-game road trip with tough wins against opponents Cal Poly Pomona and Humboldt State this weekend. With an impressive 5–2 record on the road in conference play, the Tritons can finally park the bus for a while.

“I’m pretty happy with the result,” UCSD head coach Ricci Luyties said. “When we first saw the schedule, we talked about it; we knew the start of the season was going to be really tough, but if we could get through it and have a good record after, we’re all set.”

Luyties was unsure whether or not the long road trips were good for team building.

“Either it’s good for them, or they are getting sick of each other,” he said.

But this weekend’s road trip results were positive. UCSD traveled to Los Angeles on Thursday to meet Cal Poly Pomona, a team it hasn’t lost to since October 2007. The game resulted in another Triton win when the team took its first five-set match of the season.

“We had a couple of chances to win 3–0,” Luyties said. “Pomona fought hard and had a really good crowd that helped them, so we were really glad to take them down in the fifth set. It was a good learning experience for us, and it’s always nice to win in the conference.”

Sophomore Danielle Dahle and junior Sophie Rowe — both outside hitters — each had 18 kills for UCSD in the team’s five-set win. Junior Sara McCutchan finished with 12 kills and five blocks, while sophomores Kameron Cooper and Heidi Sierks had five stuffs.

After one day to rest, the Tritons were ready to head up north to Humboldt State Saturday evening.

The Lumberjacks hit the bottom of the conference last season, but with a new coach and some new players, the Tritons didn’t expect an easy match.

“It was a tough match; that’s for sure,” Luyties said. “We won the first game pretty easy. Then they came back and won the two next. The rallies were long, but we did a good job defensively against a couple of their good players, and we did a good job blocking.”

Middle Kameron Cooper led all players with a career-best nine blocks and opposite Caitlin Brenton followed with seven. Brenton also had eight kills and three service aces against the Lumberjacks.